You can buy nearly anything online — including a 246-room hotel with a water park. 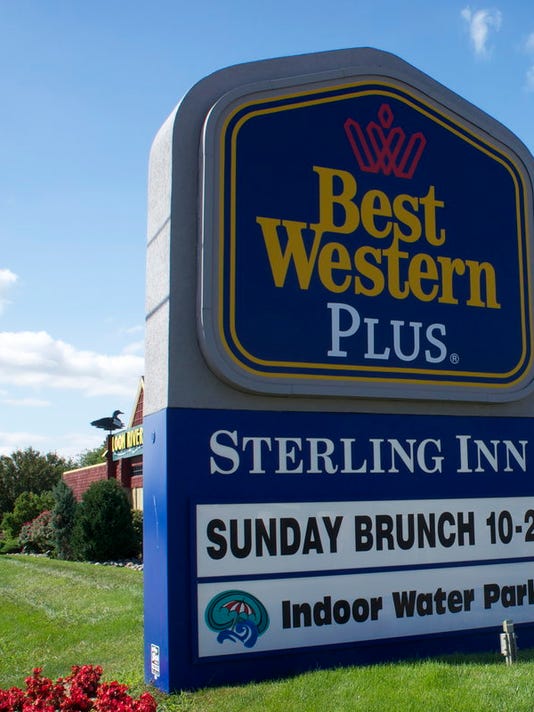 The Best Western Plus Sterling Inn, which features an indoor water park and 246 rooms, is being auctioned online Oct. 24.(Photo: CBRE Auction Services)

Sterling Heights — You can buy nearly anything online — including a 246-room hotel with a water park.

The Best Western Plus Sterling Inn, with its indoor water park popular with area residents tired of being cooped up during cold Michigan winters, is up for sale.

The auction is being managed by CBRE Auction Services, a commercial real estate services and investment firm in Los Angeles.

Steven J. Guitar, spokesman for the city of Sterling Heights, said the hotel is run by a management company, Midas Hospitality.

According to its website, Midas owns, operates and develops hotels, and has a portfolio of 20 hotels in 11 states serving six global brands.

Guitar said the investment group is putting the hotel and all of its properties up for sale. It will likely be sold to another investment group, which may retain the same management company.

The use of the Best Western name and a buyer’s affiliation with the firm is subject to approval by Best Western International Inc., CBRE Auction Services said in a statement announcing the auction.

The Best Western Plus sits on 14 acres and is near companies such as Chrysler, Ford and General Dynamics. It generates $7 million of income annually. It boasts a 32,000-square-foot indoor water park and a 15,000-square-foot ballroom.

“The city of Sterling Heights will work with the present ownership, eventual new ownership and/or future management to ensure continued economic development of the area and for the success of the Sterling Inn,” Guitar said.

Douglas Johnson, managing director of CBRE, said the Best Western Plus, at 34911 Van Dyke Ave., is one of many properties it has sold through online auction including the Bay Valley Resort in Bay City.

“As technology continues to progress we are starting to see more and more of these online auctions and they are becoming more mainstream for the sale of properties,” Johnson said.

Last year, a bidding war erupted for the former Detroit Free Press building in the final moments of an online auction, with the winning offer of $4.025 million being cast in the last three minutes of the two-day public sale.