Smaller down payment will be OK

Smaller down payment will be OK 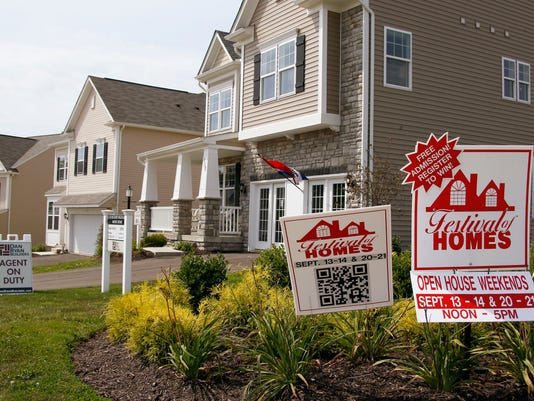 Fannie Mae and Freddie Mac are close to allowing consumers to buy a home with as little as a 3 percent down payment and still have the mortgages backed by the two agencies.

More details are expected to be announced in coming weeks, but the move from a 5 percent down payment could increase the ability of creditworthy but cash-strapped consumers to become homeowners and help a faltering housing market regain its traction. Both agencies at one point had accepted 3 percent down payments.

“Through these revised guidelines, we believe that the enterprises will be able to responsibly serve a targeted segment of creditworthy borrowers with lower down payment mortgages by taking into account compensating factors,” said Mel Watt, director of the Federal Housing Finance Agency, Fannie and Freddie’s overseer, during a speech Monday at the Mortgage Bankers Association’s annual convention in Las Vegas. “It is yet another much-needed piece to the broader access-to-credit puzzle.”

Watt also announced other policy initiatives to make lenders more comfortable with the federal government’s mortgage purchase guidelines in the hope it will loosen their purse strings.

“It’s a very big deal,” said Dan Gjeldum, a senior vice president at mortgage lender Guaranteed Rate. “It will dramatically reduce the expense for a first-time homebuyer. The easier it is to do business with the agency, the easier it’s going to be for consumers to work with mortgage companies.”

Fannie Mae and Freddie Mac do not originate mortgages directly to homebuyers. Instead, lenders sell mortgages that meet certain criteria to the two agencies, which in turn package them into securities and sell them to investors. The investments are guaranteed, which means that investors recoup losses if the homeowner defaults. Fannie and Freddie can force lenders to repurchase bad loans.

The upshot of those assurances is a more cautious lending environment that is leaving some would-be buyers on the sidelines.

Watt said Monday the FHFA was taking steps to clarify the circumstances under which Fannie and Freddie could force a lender to repurchase a loan, in an effort to reduce lender confusion. “I hope our actions provide sufficient certainty to enable your companies to reassess existing credit overlays and more aggressively make responsible loans available to creditworthy borrowers,” Watt said in prepared remarks distributed by the FHFA.

In its most recent report, the FHFA said the average FICO credit score of borrowers was 744 for Fannie Mae and 742 for Freddie Mac, lower than at the end of 2013. FICO scores range from 300 to 850.

Homebuyers with lesser credit scores and smaller down payments traditionally flocked to mortgages backed by the Federal Housing Administration that required down payments of only 3.5 percent. However, to aid the agency’s finances, the upfront fees and monthly insurance premiums associated with those loans have increased, reducing demand for them and keeping more first-time buyers on the sidelines.

Watt’s announcement is the latest step in the federal government’s effort to continue a housing market recovery that has stagnated lately, confounding industry watchers. Last month, Fannie Mae shortened the waiting period that homeowners who have gone through a bankruptcy, a foreclosure or a short sale must wait before they can again purchase a home.

Addressing the convention earlier Monday, David Stevens, president and CEO of the mortgage bankers, noted that 2014 purchase loan originations are expected to be more than 10 percent below last year’s level.

Nationally, sales fell in August, and first-time buyers accounted for less than 30 percent of homebuyers, a level they have been hovering at for more than a year.

Even billionaire Warren Buffett has recently weighed in on the market’s malaise, saying he didn’t understand why low interest rates and economic improvement weren’t fueling a housing market recovery. “You would think that people would be lining up now to get mortgages to buy a home,” he said at a conference this month.

However, most consumers rarely see rates that low because Fannie Mae and Freddie Mac, as well as extra-cautious lenders, tack on credit overlays tied to consumers’ down payment amounts and credit scores.

“Mortgages are still tough to get,” said Pradeep Shukla, president of the Mainstreet Organization of Realtors. “Lenders are still extra cautious. On the whole, what is most important is consumer confidence and that is still lacking.”