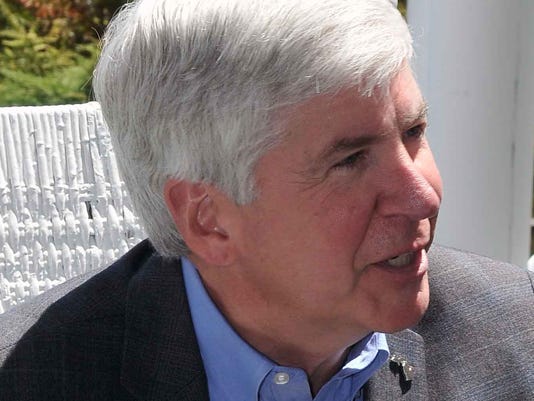 A state fund set up to promote economic development and job creation has approved $50 million to bolster skilled trades training at Michigan community colleges, the largest state investment ever.

This new program, funded by the Michigan Strategic Fund, aims to narrow the talent gap and produce qualified candidates for in-demand and hard-to-fill middle class jobs in fields such as health care, maintenance and repair, public safety and manufacturing.

Gov. Rick Snyder said the investment is key to addressing demand for skilled trades positions that are open but lack enough people with the skills to apply.

"It is top priority," Snyder said in an interview Tuesday. "There are tens of thousands of well-paid middle class jobs that are not being filled."

The state's unemployment rate in September was 7.2 percent — 44th worst in the nation and well above the national rate of 5.9 percent — according to the federal Bureau of Labor Statistics.

Skilled trade jobs represent about one-third of the state's employment. But Snyder said they make up about half of the 89,000 job openings listed on Pure Michigan Talent Connect.

Under the program, known as the Community Colleges Skilled Trades Program, community colleges can compete for grants of up to $4.8 million for updating and upgrading skilled trades programs. Most of the funds will be earmarked for updating capital equipment.

"This program is a prime example of how community colleges play a dynamic role in the long-term approach to building economic prosperity in Michigan," said Mike Hansen, president of the Michigan Community College Association.

An estimated 450,000 students who attend the state's 28 community colleges.