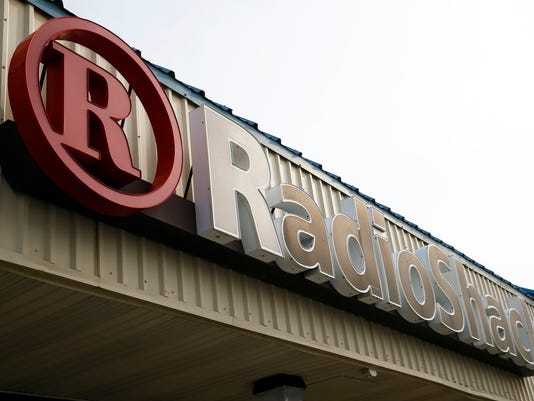 Sprint Corp.’s new chief executive officer, Marcelo Claure, has a turnaround plan that hinges on reversing the loss of customers and avoiding a drop to fourth place among U.S. wireless carriers.

That’s where a teetering electronics-chain relic comes in.

Sprint is in talks with RadioShack to acquire leases to some of its more than 4,000 stores as part of a RadioShack bankruptcy plan, according to a person with direct knowledge of the matter.

Sprint needs some of those stores because it has too few of its own branded outposts and has relied on third-party retailers to drive customer signups and sell phones. Wireless carriers benefit from having their own stores where they can showcase the latest devices and let customers try out new services.

“Sprint may believe that RadioShack has good locations to open Sprint stores,” said Adam Ilkowitz, an analyst at Nomura Holdings Inc. “RadioShack’s importance has waned over the years, though it was valuable early in the days of wireless.”

Doug Duvall, a spokesman for Sprint, declined to comment on whether the carrier is negotiations to buy some of Sprint’s stores.

RadioShack has been a key sales partner for Sprint since 1996. Sprint only has 1,100 of its own stores, about half as many as larger rivals AT&T Inc., with more than 2,000, and Verizon Communications Inc. with 1,700.

As the wireless industry goes through new rounds of price cuts and bigger data promotions, stores have become a renewed focus for carriers looking for other ways to win customers.

AT&T, Verizon and Sprint have been moving away from cash- register counters toward open-floor designs for their new “destination” stores. The layout encourages customers to get their hands on the devices and test some of the apps and advanced wireless services like mobile hotspots.

The direct connection to the customer not only helps screen for higher credit-quality subscribers, it also gives the carriers a chance to sell them more devices like tablets or services like smart-home monitoring and connected cars.

While it is not clear yet if Sprint will be able to add more retail locations through the RadioShack negotiations, the effort aligns with Claure’s desire to increase Sprint’s presence in the market and take back customers lost to rivals.

Claure told investors at a Citigroup Inc. conference last week that the company would be expanding, in part through adding retail locations.

“This is a year in which we intend to grow our distribution dramatically,” Claure said at the conference. “You are going to see the opening of more and more Sprint stores as this is one area that we work on.”

RadioShack and Sprint have retail ties going back about two decades when mobile-phone sales first started gaining popularity with the switch from large analog devices to smaller digital phones.

A potential deal between a faltering retailer and a struggling carrier drew mockery from one of Claure’s main competitors — T-Mobile US Inc. CEO John Legere.

“When you’re on a sinking ship, don’t call another sinking ship for help!” Ledger posted on Twitter. Sprint and T-Mobile have been neck-and-neck for third place in combined prepaid and monthly subscribers.