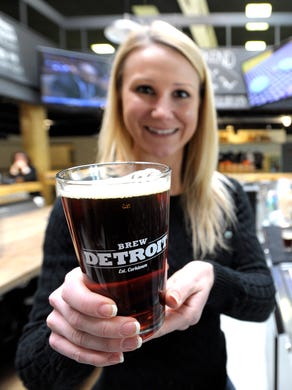 Brew master Hazen Schumacher, 51, of St. Clair Shores, watches a mixture of malted barley and water, which is mash, in this 3,100-gallon, 100 barrel mash kettle as it is stirred to make Vanilla Java Porter. Todd McInturf , The Detroit News
Fullscreen 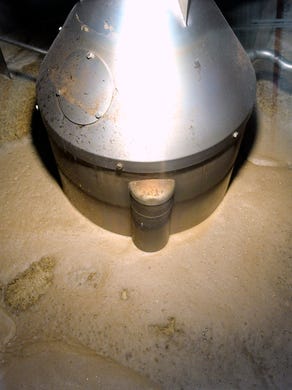 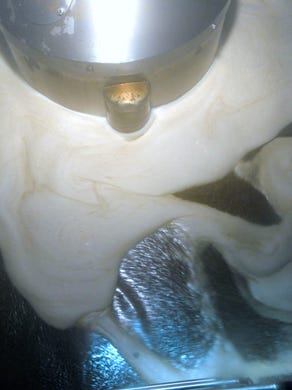 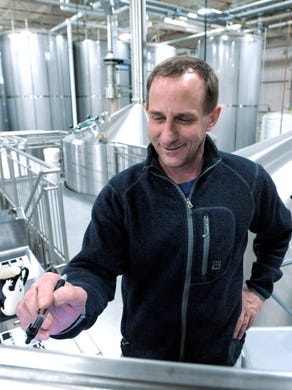 This is the view on the touch-pad control panel that operates the brew house. Todd McInturf , The Detroit News
Fullscreen 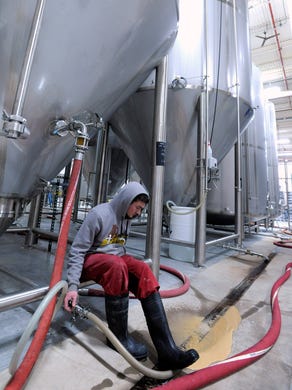 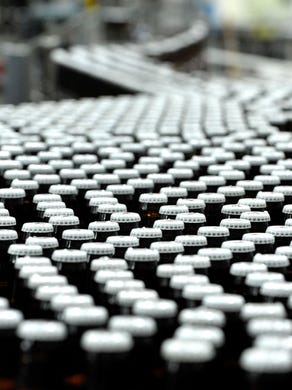 These are full bottles of Dirty Blonde beer without labels. Todd McInturf , The Detroit News
Fullscreen 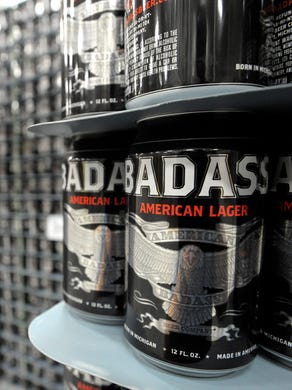 These are thousands of empty cans of Bad Ass American Lager waiting to be filled and shipped. Todd McInturf , The Detroit News
Fullscreen

These are cases of Atwater Brewery HOP-A-PEEL, right, and Bad Ass American Lager ready to be shipped. Todd McInturf , The Detroit News
Fullscreen 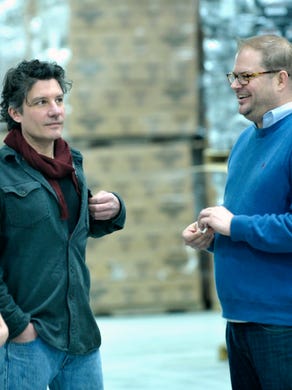 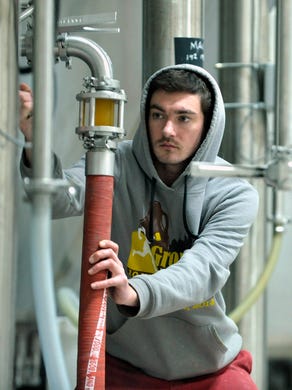 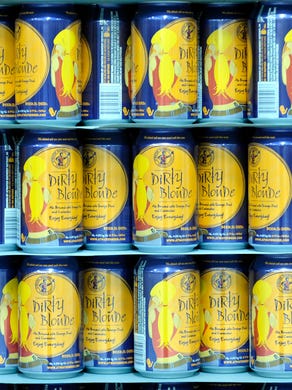 These are empty cans of Atwater Brewery Dirty Blonde waiting to be filled and shipped. Todd McInturf , The Detroit News
Fullscreen 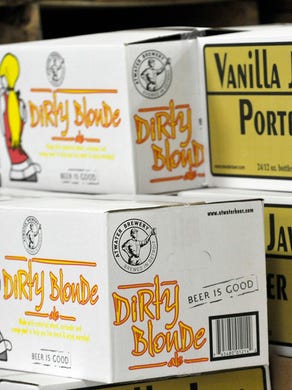 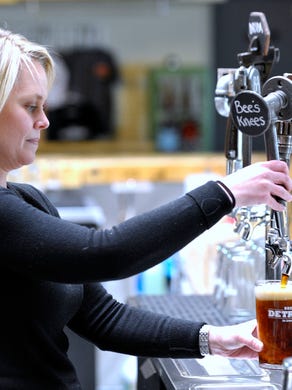 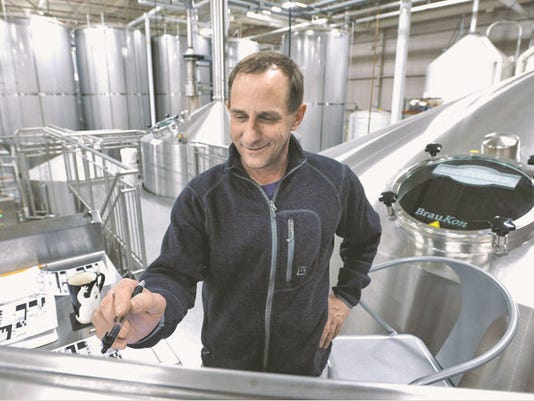 Detroit —The largest beer-making facility to operate here in 30 years formally debuted in Corktown Thursday, and the brew plant marks the changing taste buds of consumers drawn to small-batch beer.

Brew Detroit, located in a former ball bearing plant at 1401 Abbott St., is a $10 million investment that will allow small local brewers to make more beer. Craft beer makers such as Motor City Brewing Works, Kid Rock's Badass American Lager and Atwater Brewery say they struggle meeting the demand for their products. Those brewers are already working with Brew Detroit to produce more of their individual products, such as Atwater's Dirty Blonde.

"We have the capacity right now to make 1 million cases, or about 70,000 barrels a year," said David Crawford, co-owner of Brew Detroit along with Don Foss and Keith Sirois. "We want to allow these great local beer makers to continue to expand."

Many craft beer makers would have a hard time raising the money to build new production facilities on their own, Crawford said, and so Brew Detroit's massive beer-making capacity was created.

Brew Detroit also crafts some of its own beer, which will be served in its 7,000-square-foot tap room, which formally opened Thursday night.

Brew Detroit says it's the largest brewing plant in Detroit since Stroh Brewery Co. shuttered in 1985.

Craft and regional beer account for around 6-7 percent of all beer sold in the state, according to data by trade groups such as the Michigan Brewers Guild. But the popularity of craft beer has steadily grown for at least a decade. In Michigan, craft beer makers have more than $1 billion in economic impact, according to the brewers guild.

The number of small brewers in the state continues to grow, too. That includes Batch Brewing Company, which formally opened Thursday at 1400 Porter. The location is about a block away from Brew Detroit.