The move is part of a broader recall of over 5 million vehicles announced last month by U.S. safety regulators 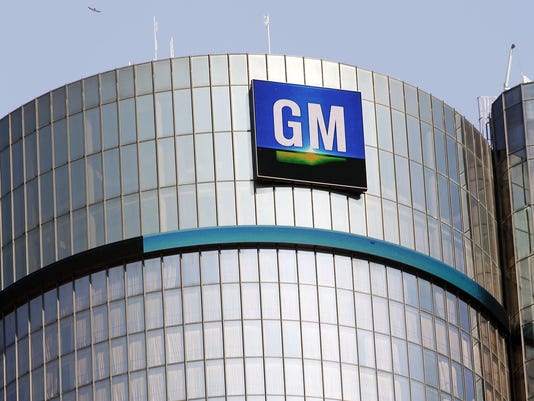 General Motors is recalling about 200,000 Saab and Saturn cars in the U.S. and Canada to replace the Takata driver’s air bag inflators.(Photo: Bill Pugliano / Getty Images)

Detroit — General Motors is recalling about 200,000 Saab and Saturn cars in the U.S. and Canada to replace the Takata driver’s air bag inflators.

The move is part of a broader recall of about 5.4 million vehicles announced last month by U.S. safety regulators.

Takata inflators can explode with too much force in a crash and hurl metal shrapnel into drivers and passengers. At least 10 people have died worldwide and 139 have been hurt due to the problem.

Dealers will replace the inflators. Owners will get letters notifying them of the recalls, but since parts aren’t available yet, they’ll have to wait for a second letter before taking cars to dealers.

GM has no plans to offer loaner cars to people who don’t want to drive their vehicles, spokesman Tom Wilkinson said. The type of Takata inflators in the GM cars ruptured only in testing and not in the field, he said. “Our position is you can continue to drive the cars as normal” until repairs are made, he said.

The Saab models under recall were sold in other markets including Europe, while the Astra was sold as an Opel in Europe and elsewhere. Wilkinson said GM’s global safety team is reviewing data on the inflators in other markets “and will respond appropriately.”

GM sold the Saab brand in 2009 but kept responsibility for administering its recalls. The brand eventually went out of business.

The National Highway Traffic Safety Administration announced the latest round of Takata recalls on Jan. 22 after the death of a South Carolina man when an inflator ruptured on a 2006 Ford Ranger, and when testing showed four ruptures on a different type of Takata inflator.

The latest round of recalls covers vehicles made by GM, Ford, BMW, Volkswagen, Honda, Mazda, Mercedes-Benz and Daimler Trucks. They bring to about 24.4 million the number of vehicles under recall in the U.S. for Takata air bag problems, affecting 14 car and truck makers. It’s already the largest automotive recall in U.S. history, and the government expects it to grow. Worldwide, about 50 million inflators are under recall.