U.S. home sales slump in February due to tight supplies

U.S. home sales slump in February due to tight supplies 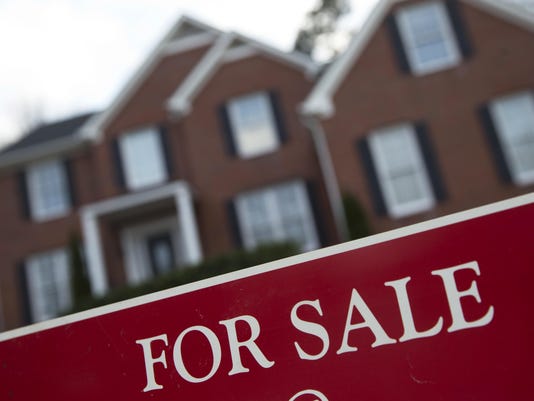 Americans retreated from home-buying in February, reversing months of prior gains as low inventories push up prices to levels that restrict sales.

The National Association of Realtors said Monday that sales of existing homes fell 7.1 percent last month to a seasonally adjusted annual rate of 5.08 million. The decline follows robust yearly sales rates of 5.47 million in January and 5.45 million in December; a new regulation had delayed closings in November.

The housing market enters the traditional spring buying season facing a quandary: There are relatively few properties listed for sale, even as steady job gains and low mortgage rates have bolstered demand from would-be buyers. The limited supplies have fueled rising prices that have, in turn, reduced affordability and limited sales levels. These cost pressures were further enhanced by a volatile stock market that hit down payment savings.

“We assume the plunge in the stock market in the first six weeks of this year persuaded some potential homebuyers to reconsider, at least temporarily,” said Ian Shepherdson, chief economist at Pantheon Macroeconomics.

Shepherdson noted that sales momentum “stalled” in February, but sales volumes might pick-up in the spring.

The median home sales price was $210,800 in February, a 4.4 percent annual increase from a year ago.

Listings in February fell 1.1 percent from a year ago. Many homeowners are hesitant to sell, since they would need more equity to cover the down payment for stepping-up to a new property. Investors have also turned homes into rentals, further depriving the market of supplies.

The Realtors have forecast that overall sales levels will be nearly unchanged this year, after a 6.5 percent gain in 2015. But median sales prices are forecast to rise 4 percent, meaningfully faster than wages.

Home-buying fell sharply in the Northeast and Midwest last month, while slipping less severely in the South and West.

Investors accounted for 18 percent of sales in February. First-time buyers made up 30 percent of purchases, staying persistently below their historic share of 40 percent.

The shortage remains a consequence of the burst housing bubble, which initially flooded the market with distressed foreclosures and then left a limited selection of homes for buyers as the recovery from the Great Recession surpassed 6 ½ years.

Inventory is particularly low for starter homes, keeping first-time buyers out of the market, according to a separate report released Monday by the real estate firm Trulia.

At the bottom of the housing market in 2012, a typical homebuyer only needed to commit 32.2 percent of their income to buy the median priced starter home. That share of income has climbed to 37.7 percent, putting home ownership out of reach for many.

Trulia found a market tilting toward wealthier buyers. The inventory of starter and trade-up homes has tumbled more than 40 percent since the start of 2012, while premium homes with a median list price of $542,805 account for a larger share of all listings.

Still, sales have been aided over the past year by hiring that has pushed unemployment to a healthy 4.9 percent. And homebuyers are benefiting from relatively low borrowing costs.