It’s unclear how many of Michigan’s 5,254 full-time Comerica employees will be affected 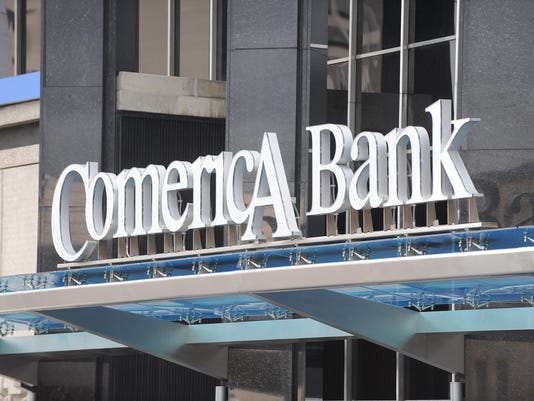 Comerica Inc. plans to cut 9 percent of its workforce nationwide, or about 790 workers, the company announced Tuesday.

The cuts, which will happen over the coming year, are part of a plan that would consolidate 40 of its 476 bank branches nationwide. The changes aim to trim expenses by $110 million in 2017, increasing to $160 million in total by the end of 2018.

The moves are part of an initiative that Comerica is calling “GEAR Up,” which aims to “drive $230 million in additional pretax income” by the end of 2018.

“I firmly believe that as we deliver on this plan we will increase shareholder value and achieve the level of returns that our shareholders deserve,” Chairman and CEO Ralph Babb said during a Tuesday conference call after the company’s second-quarter earnings were announced.

Comerica had 8,792 full-time equivalent employees as of June 2016. Spokeswoman Kathleen Pitton said as of January 2016, the company had 5,254 full-time employees in Michigan.

Pitton said the company has not announced yet which Michigan branches — if any — will be affected by the cuts.

“While many of these actions are difficult, particularly for our employees, we must be proactive to overcome the challenges of the continuing low (interest) rate environment,” Babb said. “This is not an easy process.”

The cuts come amid stockholder dissatisfaction after poor first-quarter earnings reported earlier this year, when earnings fell from $132 million to $59 million in a year.

Comerica reported earnings per share of 58 cents, which, though lower than the second quarter 2015, was up from 34 cents in first-quarter 2016.

The initiative operates in the best interest of Comerica shareholders, Babb said. “I firmly believe that as we deliver on this plan, we will increase shareholder value,” he said.

The plan includes company enhancements aimed at bolstering customer relationships with things like better technology and expanded products. It also aims to increase the speed of loan approval through further centralization and digitalization.