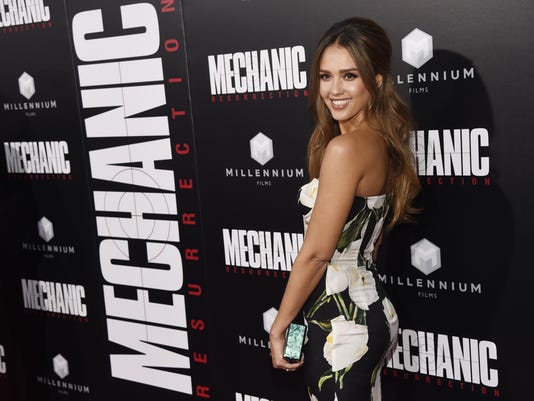 Unilever has expressed interest in buying Honest Co., the household-products company co-founded by actress Jessica Alba, according to a person familiar with the matter.

The process is at an early stage, said the person, who asked not to be identified as the matter is private.Honest Co. is also working with Goldman Sachs Group Inc. and Morgan Stanley on an initial public offering, people familiar with the matter said earlier this year.

A spokesman for Unilever declined to comment.Santa Monica, California-based Honest Co. didn’t reply to a call and e-mail.

A purchase of Honest Co. would follow Unilever’s $1 billion acquisition of Dollar Shave Club, whose online, direct-to-consumer subscription model Unilever would like to apply to other brands in its portfolio, which ranges from Ben & Jerry’s ice cream to Dermalogica skin creams. Unilever Chief Executive Officer Paul Polman has called Dollar Shave a “disruptor” and said he’s looking to acquire more companies like it, especially those that appeal to fickle millennial shoppers.

“An innovative company has to go outside as much as inside,” Polman said in an interview in London Monday. “The main incubators for our future innovation capabilities are more likely to be outside than inside.”

Since Alba helped start the eco-friendly Honest Co. in 2011, the company has expanded from selling natural baby products to home cleaning and beauty items online and in stores, including Target Corp. and Whole Foods Market Inc. Honest Co. was the target of a class-action lawsuit filed last year in which customers claimed its products were deceptively labeled and contained unnatural ingredients.

Unilever’s interest in Honest Co. was earlier reported by the Wall Street Journal. The maker of Dove soap is discussing a purchase valued at more than $1 billion, the newspaper said.

With assistance from Thomas Buckley