Home sales have remained healthy even as mortgage rates have risen 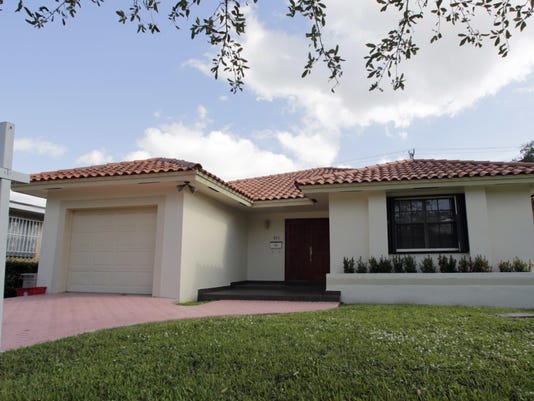 Washington — U.S. home prices marched steadily higher in November, pushed up by healthy demand for homes and a shrinking supply of available properties.

So far, home sales have remained healthy even as mortgage rates have risen, suggesting homebuyers are trying to lock down purchases before rates increase further. Americans bought existing homes at the fastest pace in nearly a decade in November. Yet the number of homes for sale has fallen to a 17-year low, fueling bidding wars in many cities.

Prices in Seattle jumped 10.4 percent in November from a year earlier, the biggest gain among the 20 cities tracked by the index. Portland followed with a 10.1 percent gain. Denver reported an 8.7 percent increase.

The Case-Shiller index covers roughly half of U.S. homes. The index measures prices compared with those in January 2000 and creates a three-month moving average. The November figures are the latest available.

Svenja Gudell, chief economist at housing data provider Zillow, said some relief from higher prices may be on the horizon. Rising mortgage rates and a leveling off of rents in many cities could cool demand for homes in the coming months, potentially slowing price gains.

The flattening of rents could also encourage developers to build more single-family homes rather than apartment buildings, which would provide more choices to potential buyers.

“These emerging trends could start impacting the market in time for the busy spring and summer home shopping season, and bear watching,” Gudell said.

Sales of both new and existing homes slipped in December after posting solid gains in November. But the number of Americans signing contracts to buy homes climbed last month, a sign that sales may soon increase. A signed contract is usually followed a month or two later by a closed sale.

Steady job growth and modest wage gains have helped fuel a rebound in home sales and prices following the housing bust that began in late 2006. Home prices nationwide began to rebound in 2012 and by some measures fully recovered to their pre-recession levels in September.

Low mortgage rates have been critical to the recovery. The average 30-year fixed mortgage fell below 4.5 percent in 2011 and averaged just 3.65 percent for all of last year. They have risen since the election as investors have pushed up interest rates on expectations of faster growth.