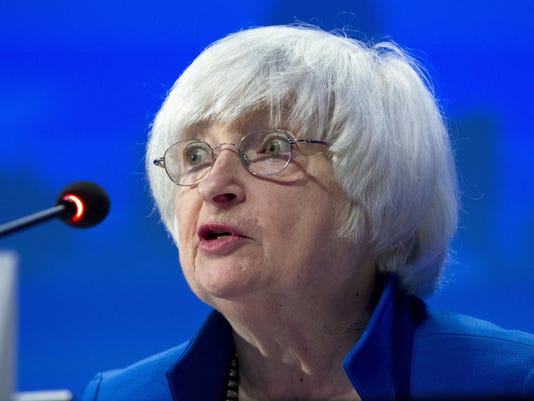 Washington — President Donald Trump said Tuesday that he is likely to make his selection for the next Federal Reserve chairman from five candidates, a group that includes current Chair Janet Yellen.

“I would say within those five, you’ll probably get the answer,” he said when asked by a reporter if he is considering other candidates.

Trump is expected to announce his decision before he leaves Nov. 3 for a trip to Asia.

“Honestly, I like them all,” Trump said when asked if he had a favorite. “I do. I have a great respect for all of them. But I will make a decision over the next very short period of time.”

The president is scheduled to interview Yellen on Thursday. After that meeting, he will have met and discussed the job with all five candidates.

Yellen’s four-year term as chairman ends on Feb. 3. Trump criticized Yellen on the campaign trail last year, saying she was too political and was keeping interest rates low to favor Democrats. But since taking office, Trump has been complimentary, saying he and Yellen both favor low interest rates and that she has done a good job at the central bank.

The president met Warsh, who served on the Fed board during the 2008 financial crisis, and Powell, the only Republican currently on the board, late last month. Trump interviewed Taylor, the author of a key rule on monetary policy, last week.

Cohn, who spent 26 years at Goldman Sachs before joining the Trump administration this year, had at one time been considered a front-runner for the Fed job. But his prospects appear to have dimmed after he made comments critical of Trump’s response to racially motivated protests in Charlottesville, Virginia, in August.