Whittled down from 500 applicants, 15 finalists in the second annual contest showed off their pitches Friday at Detroit Music Hall 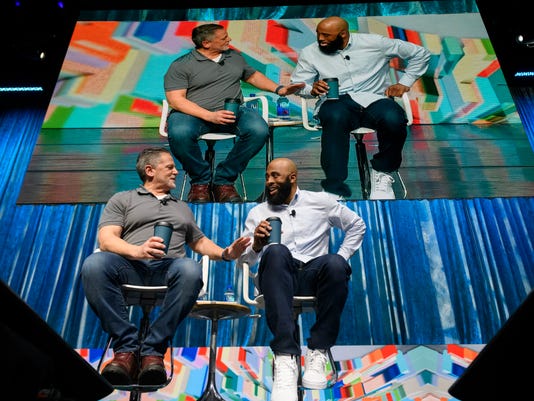 Diverse Metro Detroit businesses snagged some $1.2 million on Friday to further their ventures.

Whittled down from 500 applicants, 15 finalists in the second annual Quicken Loans Detroit Demo Day contest showed off their pitches for the funding.

The goal was “for Detroiters to come out and celebrate some of the city’s best and brightest entrepreneurs,” said James Chapman, director of entrepreneurship for the Quicken Loans Community Investment Fund. “These businesses are the life-blood of Detroit – their success will have a huge multiplier effect that will impact the community as a whole, creating more job opportunities for Detroiters.”

Before a crowd of about 1,500 at Detroit Music Hall, the contenders represented three categories: Start, for companies that have recently introduced a product or service; Grow, which represented businesses that are more established and working to expand locally; and Scale, covering those having achieved local success and pushing into other markets.

For the scale category, Michigan Farm to Freezer received $300,000. The business also was awarded an additional $25,000 grant, along with Lush Yummies and Cynt Sational Popcorn, as a people’s choice winner decided by audience vote.

In an interview at the start of the event, which coincided with Techstars Startup Week Detroit, Chapman interviewed Quicken Loans Inc. founder Dan Gilbert.

Gilbert, who has been a major player in Detroit’s revitalization, touted local businesses as vital. “Entrepreneurial businesses are the machine of jobs,” he said.

Since winning $200,000, the Motor City spot has moved forward on a second location, she told the audience. “Business has been going great.”