US consumers were a bit less optimistic in June

US consumers were a bit less optimistic in June 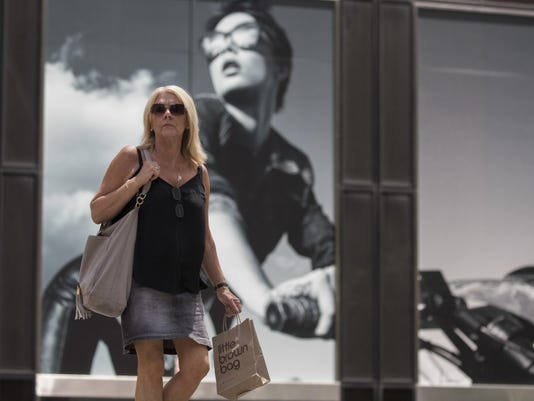 American consumers lost a bit of their optimism in June but are still feeling good by historical standards.(Photo: Mary Altaffer / AP)

Washington – American consumers lost a bit of their optimism in June but are still feeling good by historical standards.

The Conference Board, a business research group, said Tuesday that its consumer confidence index slipped this month to 126.4, down from 128.8 in May but up from 117.3 in June 2017.

The index measures both consumers’ assessment of current economic conditions and expectations for the future. Their view of current conditions was almost unchanged from May. Their outlook dimmed to the lowest level since December.

Compared to their views in May, Americans were less likely to say business conditions would be better in six months and more likely to say they’d be worse.

“While expectations remain high by historical standards, the modest curtailment in optimism suggests that consumers do not foresee the economy gaining much momentum in the months ahead,” said Conference Board economist Lynn Franco.

The U.S. economy is healthy, helped by a tax cut passed last year. Economists say economic output could grow at an annual rate of 4 percent or more in the April-June quarter. Unemployment is at an 18-year low 3.8 percent.

But financial markets have been rattled in recent weeks by concern over President Donald Trump’s aggressive trade policies. Trump has slapped tariffs on imported steel and aluminum and will begin imposing new taxes on Chinese imports July 6. Other countries are retaliating with tariffs of their own.