Sears store in Jackson among 46 to close

Sears informed workers at the impacted stores this week, and liquidation sales will begin as soon as Aug. 30

Sears store in Jackson among 46 to close 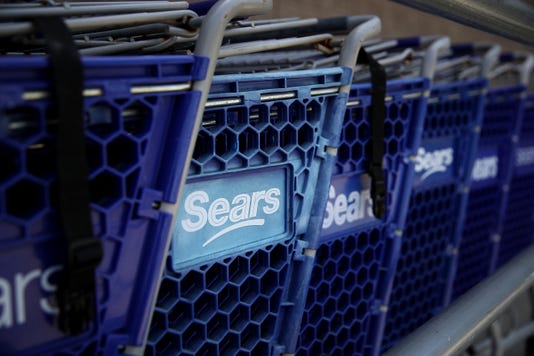 The struggling chain informed workers at the impacted stores this week, and liquidation sales will begin as early as Aug. 30. The move is “part of our ongoing efforts to streamline Sears Holdings’ operations, strengthen our capital position and focus on our best stores,” Sears said on its website.

The once-dominant retailer has been taking steps in recent years to strengthen its balance sheet, including the sale of its Craftsman tool brand last year to Stanley Black & Decker Inc. and an agreement to sell Kenmore and DieHard products through Amazon.com Inc. For years, Chief Executive Officer Edward Lampert has used his own money to keep Sears afloat amid declines in store traffic and sales. The company has already closed hundreds of stores and shaved more than $1 billion from annual expenses.

Lampert’s hedge fund, ESL Investments Inc., said in April it would be open to buying some of the company’s assets and urged the department store to put the businesses on the block. ESL submitted a bid for the store’s Kenmore and Sears Home Improvement businesses at a valuation of around $470 million, according to a regulatory filing last week.

The 125-year-old company had already posted in May a list of 63 locations that will be closing in early September. Sears did not immediately reply to a request for comment.

The Hoffman Estates, Illinois-based retailer’s shares have lost value in each of the last four years. So far in 2018, the stock has declined 67 percent.