Jack Ma says he can’t create 1M jobs after all

Ma, China’s richest man, says the pledge made to Trump is no longer feasible because of the unstable trade situation

Jack Ma says he can’t create 1M jobs after all 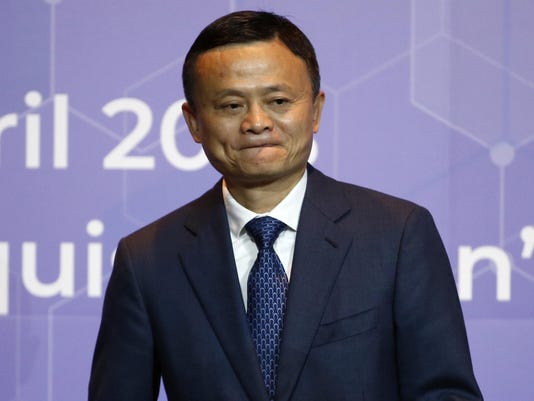 Alibaba Group Holding Ltd. co-founder Jack Ma said his promise to create 1 million jobs in the U.S. is impossible to fulfill because of the U.S.-China trade war, a setback in one high-profile effort for deeper cooperation between the world’s two largest economies.(Photo: Sakchai Lalit / AP)

Alibaba Group Holding Ltd. co-founder Jack Ma said his promise to create 1 million jobs in the U.S. is impossible to fulfill because of the U.S.-China trade war, a setback in one high-profile effort for deeper cooperation between the world’s two largest economies.

Ma, China’s richest man, made the remarks in an interview in the state-owned Xinhua news service, saying the pledge made to President Donald Trump is no longer feasible because of the unstable trade situation. Ma and Trump met in January 2017 to discuss how adding small and medium-sized U.S. businesses to Alibaba’s platform would boost employment.

Ma has grown increasingly critical of the trade battle between the U.S. and China, warning that it will damage businesses around the world. On Tuesday, he cautioned China’s business and political leaders to prepare for the conflict to last 20 years, beyond the Trump presidency, as the two countries battle for economic supremacy.

“The promise was made based on China and the U.S. having a collaborative and friendly relationship,” he said in the Xinhua interview. “The situation now has completely destroyed our premise, so it can no longer be completed.”

Ma also said in the interview that he will keep making efforts to push for the healthy development of bilateral trade ties. He said that trade is not a weapon and shouldn’t be used for wars.

On Thursday, Ma said weakness in the economic outlook is “problematic” for the company.

“The economic outlook is not perfect of course, and it will last longer than people expect,” Ma said at the World Economic Forum in Tianjin. “If you look at the government conference papers, every year they say we have complex problems in the economy.”

Tensions have escalated this week as China vowed to retaliate against U.S. plans to levy tariffs on about $200 billion in Chinese goods. China said it will impose retaliatory tariffs against $60 billion of U.S. goods, ranging from meat to wheat and textiles.

“Short term, business communities in China, U.S., Europe will all be in trouble,” Ma said on Tuesday, during a speech at Alibaba’s investor day in Hangzhou. “This thing will last long. If you want a short-term solution, there is no solution.”