A man walks past vacant storefronts at the Old Town Mall in Baltimore.(Photo: Patrick Semansky / AP)

Baltimore – A healthy dose of job growth has long been seen as a likely cure for poverty. But new research suggests that poor Americans are frequently left behind even when their cities or communities benefit from hiring booms.

When such cities as Atlanta and Charlotte enjoyed a job surge in the 20 years that began in 1990, for example, the job gains mostly bypassed residents – often African-American – who had been born into poverty.

That is among the findings of a study led by Raj Chetty, a Harvard economist whose newly launched Opportunity Atlas found no association between job growth and economic mobility for poor residents of the affected areas.

“Job growth is not sufficient by itself to create upward mobility,” Chetty said. “It’s almost as though racial disparities have been amplified by job growth.”

His finding challenges much of the conventional thinking, of government officials, business executives and economists, that job gains are the surest way to lift up people in impoverished communities.

President Donald Trump pledged to save neglected towns through “jobs, jobs, jobs.” His 2016 presidential rival, Hillary Clinton, asserted that government investments to foster hiring would help create “an economy that works for everyone.” Governors and mayors have traded tax breaks for pledges by companies to create jobs in distressed communities.

But Chetty and his colleagues, whose atlas examined communities down to Census tract levels, found that economic mobility hinges more frequently on other factors. A person’s race, for example, plays a pivotal role. Economic mobility varied widely among people of different races who lived in the same neighborhoods in Los Angeles or Houston, among other places.

Additionally, living in neighborhoods with many two-parent families improves the likelihood of emerging from poverty– even when someone was raised by a single parent. Mobility is often greater for children who come from neighborhoods with higher-priced housing. And it’s generally better when a high proportion of adults in a neighborhood are working, according to the analysis by Chetty; economists Nathaniel Hendren of Harvard and John Friedman of Brown University; and researchers Sonya Porter and Maggie Jones of the Census Bureau.

“It has been a surprising finding,” Hendren said. “Places that have a lot of job growth don’t tend to be places that are better to grow up in.”

In the two decades that ended in 2010, the Atlanta and Charlotte areas were flooded with jobs. Yet many of those positions appear to have skipped over the residents who were born in those cities’ poorer neighborhoods. The jobs were instead filled by college graduates who had moved to the South. At the same time, mobility worsened in neighborhoods with a high concentration of African-Americans.

Metro Pittsburgh, on the other hand, lost jobs between 1990 and 2010, yet its residents’ economic mobility improved as the area became a nexus for college graduates working in technology and health care.

In the Seattle area, the home of such corporate powerhouses as Amazon and Microsoft, both jobs and economic mobility grew over the same period. (Those gains have, in turn, caused home prices to jump to levels that could threaten continued economic mobility.)

Disparities exist not just among metro areas but also among neighborhoods within the same city, according to an Associated Press examination of the data in the Opportunity Atlas.

In Baltimore, the “Old Town” neighborhood near Johns Hopkins Hospital is a mecca of entrepreneurship. The number of jobs there surged 21 percent between 2004 and 2013, compared with job growth of just 3.4 percent nationally. Nearly 15,000 people work in the area because of the hospital, and 60 percent of the companies are younger than 4 years old, according to government data compiled by the Baltimore Neighborhood Indicators Alliance.

Yet the neighborhood is marked by abandoned storefronts, public housing and a 93 percent non-white population. More than half its residents live in poverty. Ninety percent of the children are raised by single parents. And the Opportunity Atlas shows that a low-income child from that neighborhood is likely to become even poorer as an adult.

Connecting its residents with employers has proved problematic, as it has in poor communities across the country. The disparity between residents and workers in the neighborhood suggests that the jobs have gone to people who either live in other, more prosperous neighborhoods or who commute from the surrounding suburbs.

For nearly four years, a program called Turn Around Tuesday has been trying to address this mismatch. Backed by the interfaith group Baltimoreans United in Leadership Development, the program seeks to match employers like Johns Hopkins to workers who have lived in poverty, have struggled with drug addiction or have criminal records but who are regarded as qualified for a job. Recently, about 40 people sat in a church basement of an otherwise desolate block of Baltimore to learn how to tell their personal stories to hiring managers – a first step toward getting and holding steady work.

Melvin Wilson, the co-director, opened with a prayer for them.

The gap in outcomes among Baltimore neighborhoods is hardly surprising to City Councilman Leon Pinkett, who represents a western slice of the city and has worked in economic development.

“What the data does for us,” he said of the research, “is that it validates all the things that we know to be true: That many of the residents of these communities start at a deficit, and little is done through policy or investments to assist them in closing that gap.”

Some metro areas have experimented with programs that might broaden economic mobility. With its home prices having shot up, Seattle, for instance, has developed vouchers to help families afford to move to the neighborhood surrounding the Northgate Mall, which has a track record of solid economic mobility. Minneapolis is considering a similar program.

“This is really fundamental in terms of what America is about,” Chetty said of the drive to improve economic mobility for people chronically left behind. “The way people perceive of America is as a land of opportunity. If you let that go, that changes what America means not only for the people here but for the world.”

The discovery that job growth is no panacea for impoverished neighborhoods adds a new complication to economic policy. As a community adds jobs, the pool of unemployed people should, in theory, decline, force up incomes and revitalize neighborhoods. But if economic mobility hinges at least as much on having a college degree, an intact family and racial equality, solutions become trickier. 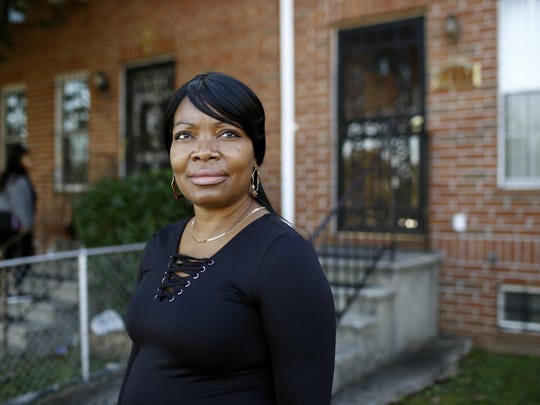 Octavia Mason outside of her mother's home in Baltimore. Mason's drug use after a broken marriage caused her to lose her license to teach high schoolers to become pharmacy technicians. Now she participates in a program called "Turnaround Tuesday" that helps people with criminal records, struggles with drug addiction, or simply a life of poverty find a living wage job. (Photo: Patrick Semansky / AP)

There are even signs that the recovery of jobs after the Great Recession could worsen economic mobility. Recent data suggests that Americans who can afford to do so are increasingly clustering in the most prosperous parts of the country. Since the financial meltdown a decade ago and the recovery that followed, people with college degrees have increasingly settled in the wealthiest 20 percent of ZIP codes. These areas have enjoyed the most job growth and have accounted for almost all new business formation, according to a new report by the Economic Innovation Group, a policy and advocacy organization.

By contrast, in the most financially distressed 20 percent of ZIP codes, populations have dwindled, and there has been almost no recovery from the recession that officially ended more than nine years ago.

“Prosperous areas just take off – and they’re driving a national trend that looks increasingly disconnected with the median area, or what we call Anytown, USA,” said John Lettieri, president of EIG.

Part of the challenge is that even when poor communities manage to add jobs, residents who finally have reliable incomes often move to neighborhoods with less crime and better housing. They, too, tend to seek a better quality of life.

Octavia Mason, 53, has attended Turnaround Tuesday for the past nine months. She is a dedicated mother to her adult children, yet she lost her license as a pharmacy technician after a broken marriage led to drug use. She’s now on the path to regain her license and find work. But she hopes to leave the western Baltimore neighborhood where she grew up, which has stagnated because of unemployment, crime and a break down in trust.

She wants to move to a neighborhood where it’s “normal” to have a job.

“There’s a lot of families that aren’t working – and you’ve got generations of that and that’s their normal,” she said.