The Broadway clothing store in downtown Detroit is closing in 2019 after more than 40 years in business, owner Pepper Martin announced 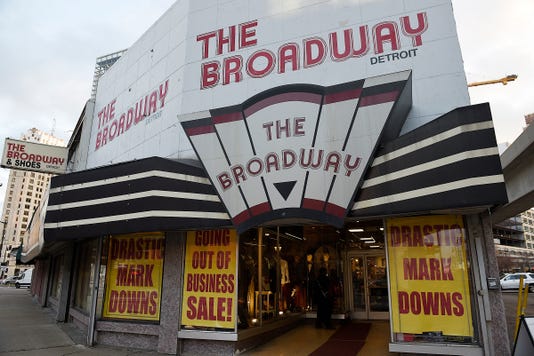 The Broadway clothing store in downtown Detroit is closing in 2019 after more than 40 years in business.(Photo: Clarence Tabb Jr., The Detroit News)Buy Photo

Detroit — The Broadway clothing store in downtown Detroit is closing in 2019 after more than 40 years in business, owner Pepper Martin said on  Monday.

The store, at 1247 Broadway St., sells high-end and exotic clothes from around the world, including Italian suits and sweaters, alligator and ostrich shoes, fur and leather jackets, and an assortment of shirts, jeans and dress pants.

Martin, who along with Donny Goldstein opened the Broadway in 1975, said the biggest factor in his decision to close came when he recently turned 70. Bedrock purchased the property from Martin in August.

“When I moved to Detroit in 1972, I was 23 and just beginning my career in the clothing industry," Martin said in a statement. "I learned the trade from Hot Sam’s and Van Dyke Clothiers."

Martin said when a store location became open on Broadway and Gratiot in Detroit, he and Goldstein used their life savings to lease the building and The Broadway was born.

“After 43 years of serving generations of customers, it is time for me to retire," Martin said. "I have enjoyed every moment of owning The Broadway, the good days and the times I couldn’t take a paycheck. The best thing has been working with the people of Detroit.” 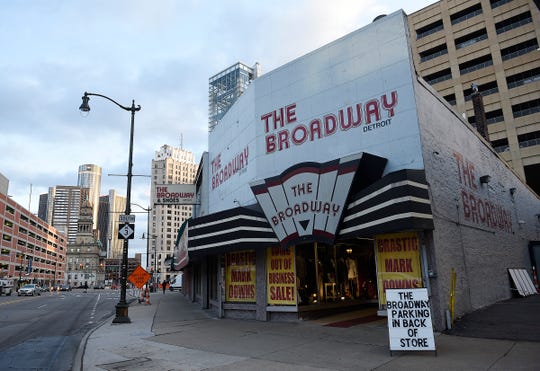 The Broadway Detroit men's clothing store in downtown Detroit as seen on Monday, December,17, 2018 is going out of business. (Photo: Clarence Tabb Jr., The Detroit News)

Martin said one thing he learned while operating a store for more than four decades in Detroit was the need to be innovative.

"It was a matter of getting things that were unusual and tasteful. Bringing in the right manufacturer. We introduced Hugo Boss to Michigan and Versace to Michigan and Betsy Johnson," Martin said.

Several members of the Detroit Pistons began shopping at Martin's stores in the suburbs and city in the late 1980s, he said.

"It put us at a different level," Martin said of the Pistons. "We introduced high end fashion to Detroit and Detroit just embraced it."

The Broadway will close for business in early spring 2019, or when its inventory is sold, store officials said.

The store is holding a “going out of business” liquidation sale starting Monday.