Honey Bee Market in Mexicantown sells hundreds of dozens of tamales a day around Christmastime. 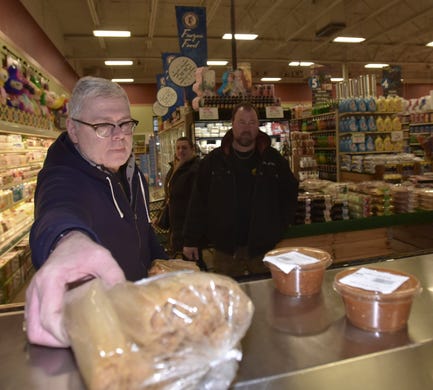 Steve Arnold, of Detroit, buys a dozen tamales from the hot-food case while shopping at The Honey Bee Market in Mexicantown, Saturday, December 22, 2018. Todd McInturf, The Detroit News
Fullscreen 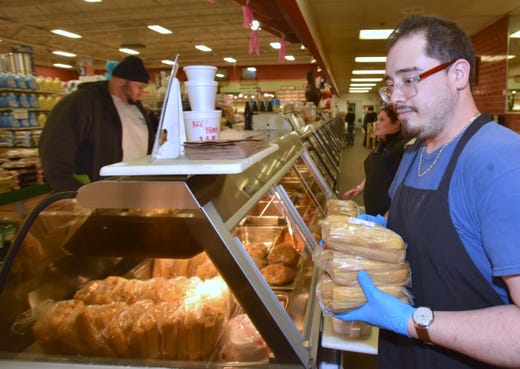 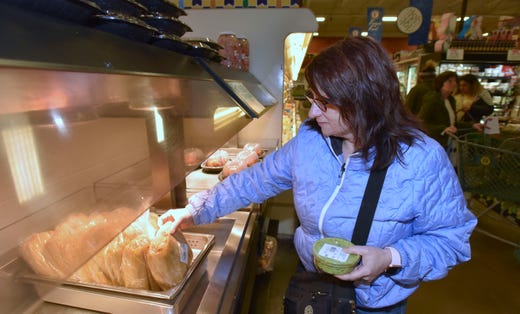 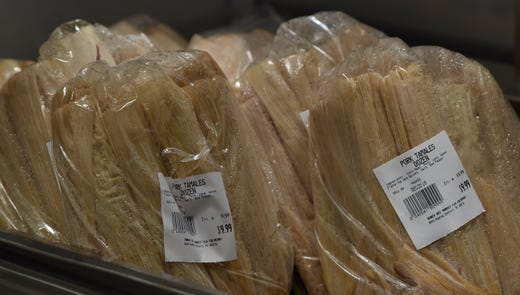 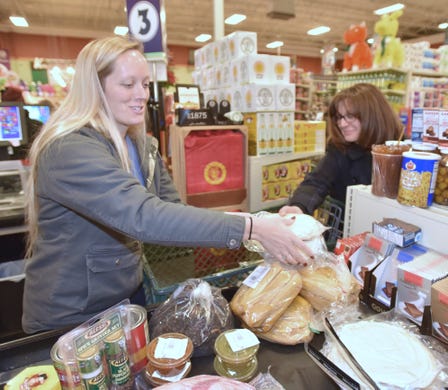 Beth Napier, left, and her mother-in-law, Denise Napier, both of Trenton, prepare to check out as they Mexican food, including, fresh tamales. Todd McInturf, The Detroit News
Fullscreen 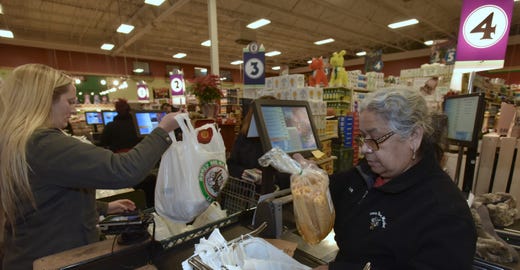 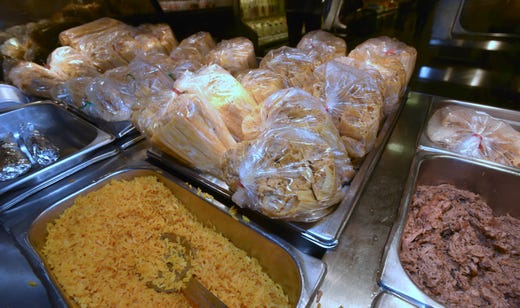 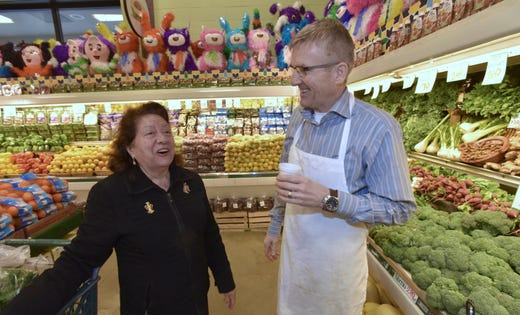 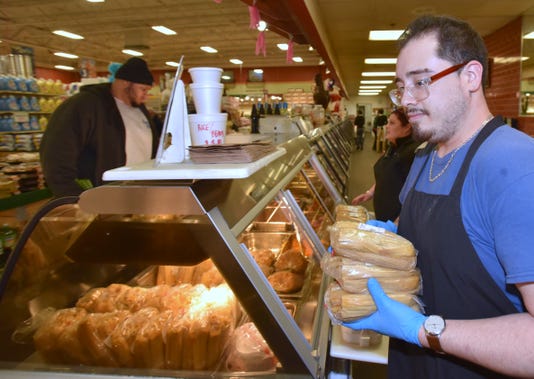 Detroit — A dozen people stood in a line winding around palettes of baked goods Saturday at Honey Bee Market in Mexicantown.

They waited to pick up their Christmas tamales, a tradition in Mexican and Central American cultures. The steamed dough-filled corn husks are intensive to make and sell by the dozen at a rate of hundreds per day in late December at the third-generation-owned market.

Some people compare the tradition to Americans' turkey on Thanksgiving or ham on Christmas, but store manager Jim Garrison says they're more like Christmas cookies.

"You get the whole family together to make 20 dozen of them," Garrison said. "You eat them, and you give them out as gifts."

As Rosa Urista, the former owner of the Mexicantown Gift Shop, puts it: "Mexicans wouldn't be Mexicans without their tamales."

She has come to the market for some 50 years to collect the Coco López, coconut, raices and other ingredients for her sweet tamales. Other family members will bring different kinds to a Christmas gathering.

"It's a lot of work," said Urista, 71, of Dearborn Heights who was born in the U.S. but grew up in Mexico. "Not everyone wants to do it, but it's only once a year. I think we need to keep the tradition."

Louie and Michael Lopez said their family makes 300 to 500 tamales every year on Christmas Eve, as relatives find space throughout the house to prepare the dough known as masa, spread it on the husks and shred the meat.

The results feed 170 family members. The rest are given as gifts to friends and family.

"We cut back on it this year," said Michael Lopez, 50, of Ridgeway, despite a tall bag full of one-pound pouches of corn husks from Mexico sitting in his cart. They had bought 100 pounds of dough and meat, too.

The brothers are two of 18 siblings who participate in the tradition began by their mother. A brother who typically led the effort died this week. The family celebrated his life with the dish and are carrying on the torch.

That begins with making the more than 40-minute drive to the market because it is where their mother came.

"It's tradition, and it's about family," said Louie Lopez, 55, of Adrian. "We're reminiscing and telling stories and listening to Christmas music just like our mom did."

But not everyone has dozens of hands to prepare the time-intensive dish, so they buy them from places such as Honey Bee. Here, they sell for $9.99 for a dozen traditional pork, chicken, or jalapeno and cheese.

The last time Denise Napier, 51, of Trenton tried to make her own with her 32-year-old daughter-in-law Beth, it took two days.

But visiting the market has become a tradition in and of itself.

"I've been coming ever since it was a little tiny place," Denise Napier said. "My grandfather began the tradition. It's my heritage."

Aurora Limon, 88, of Madison Heights has come to the market for the past 16 years for her tamales.

"I've been to all sorts of places, but none are as good as my mother's," she said. Her parents had come to the United States from Mexico, and her mother annually cooked them until she died two decades ago.

"It's a lot of hard work," Limon said. "It takes all day. She could get them done in no time. She was used to it. These here are very good, though."

The recipe calls soaking the husks overnight, shredding and cooking the meat for three hours, beating the lard, kneading the dough and spreading the it on the husks with the proper consistency.

The market prepares them ahead of time, freezes them and steams them for an hour and a half the day of beginning at 6 a.m.

"Really," Garrison said, "cooking them is the easiest part."

Ken Koehler owns the market with his wife, Tammy, whose grandfather founded it. The store has sold tamales ever since.

Koehler recalled 45 years ago as a child visiting a friend's house and turning the meat grinder's handle to make the tamales.

"They welcomed me in," he said, "and put me right to work. It was like being a part of the family."

Even in the business, he said, community continues to be at the center of it, noting nearby restaurants have purchased ingredients at his store to make their own and gifted different flavors of tamales to the store and its workers.

"They all taste a little different," Koehler said. "With this kind of demand, we're all in it together."