Changes in your business? Plan, talk to staffers

Changes in your business? Plan, talk to staffers 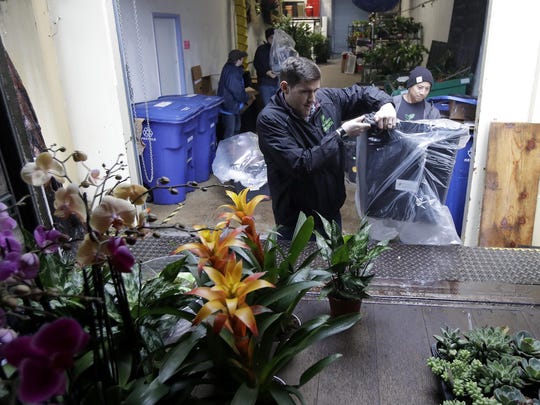 New York – As Nick Haschka bought four small horticultural businesses over the past two years, he had to help his new employees navigate almost constant change.

“They’ve had to get used to a new owner, new management style, and many new processes and tools,” says Haschka, owner of The Wright Gardner in South San Francisco, California.

Small-business owners who recognize the impact that change can have on employees can limit the fallout by helping staffers with the transition.

Mishandling change – whether it’s a new boss, office or procedures, or a turn in the company’s finances – can prompt staffers to leave or hurt their productivity. Change can also be more than a one-time event. It can be continuous, or, as in the case of Haschka’s business, periodic.

Haschka has taken several steps to help his new employees weather the changes. He’s worked with the previous owners to prepare staffers, many of whom drew some comfort from the fact that their former bosses felt secure about handing their businesses over to Haschka. And he’s sat down and talked to his new team members.

“There’s usually a lot of shock at the beginning when employees find out their owner is leaving and passing the torch to us,” Haschka says. “But we try to make it easy on them by listening and being responsive to their needs.”

He also asks his current employees to help.

“The employees from the previous acquisitions are in a good place to represent and be a sounding board for the new employees – they’ve all been in that place before, and recently,” he says.

Even a move to a new location requires change management. A year ago, Dave Cyphers bought a building in Crofton, Maryland, 10 miles (16 kilometers) away from the office he had rented for his marketing company. Cyphers, who has 18 staffers, made them part of the planning process. He took longtime senior employees to see the building before he bought it, and discussed with each worker how the move would affect their commutes. He discussed the new seating plan with them, and gave each money to decorate individual work areas.

“You work hard to put a team together. The last thing you want to do is blow it all up by saying, ‘we’re moving, let the chips fall where they may,’” says Cyphers, owner of The Cyphers Agency.

Startups can go through significant changes, and while staffers expect their companies to evolve, sometimes the direction is unexpected.

When Brad Weisberg started his insurance claims technology company, consumers were his target market. After about a year, he realized there were few chances for people using his service to be repeat customers, and that he needed to pivot his company and cater to businesses instead. The change wasn’t so simple – for one thing, he had to convince investors that it was the right thing to do. And Weisberg’s 12 staffers, who understood the world of tech startups, worried about the company’s future.

“They were very anxious,” says Weisberg, whose company, Snapsheet, is based in Chicago. “They had taken a chance on me. They had left jobs to come with me.”

Weisberg helped his staffers by showing them his analysis of the company’s situation. They were all startup and tech savvy, and after Weisberg explained the situation to them, they were on board.

Helping staffers through uncertain political or economic times is difficult because an owner can’t provide answers. Soon after British voters decided in June 2016 that their country should leave the European Union, many companies lost business because no one knew how Brexit would affect trade and the economy.

“We had six live projects that, while they didn’t fire us, simply wanted to ‘pause.’ Pausing is death to a small business,” says Monica Parker, who with her husband Julian Pollitt owns Hatch Analytics, a London-based company that helps businesses analyze employees’ behavior. They didn’t know whether the firm would survive and had to prepare their staff for all possibilities.

“We felt being honest and transparent was better that carrying the stress ourselves and more ethical than possibly dropping very bad news on the team at the last minute,” Parker recalls.

Staffers were empowered by having heard the truth, and responded by asking what they could do to help. A few months later, when business returned to normal, they were grateful to share in that success, Parker says.

Owners, however, need to strike a balance between the company’s and staffers’ needs.

Dave Munson tried to make change pain free and found that hurt the business. The owner of Saddleback Leather, a manufacturer of leather goods, realized in 2015 that having most of his employees work remotely cost the business time, money and efficiency. He told his 50 far-flung staffers they’d have to move to the company’s Fort Worth, Texas, headquarters or leave.

But he also said staffers who decided against moving could take their time looking for a job. And they did: It took three years to complete the transition, further draining the company’s finances and productivity.

Munson says he learned his lesson.

“It’s like pulling duct tape out of your hair,” he says. “There’s no easy way to do it, you just have to do it.”