Water from the Midwest is killing oysters and driving crabs, shrimp and finfish out of Louisiana and Mississippi bays and marshes to saltier waters 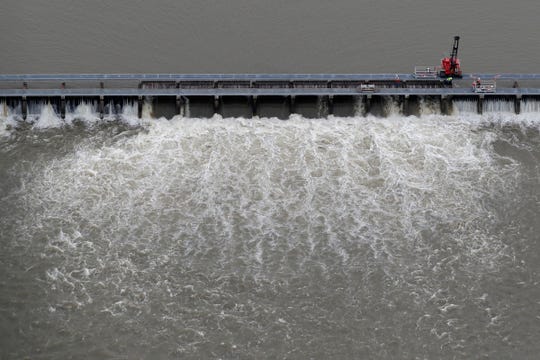 Workers open bays of the Bonnet Carre Spillway on May 10 to divert rising water from the Mississippi River to Lake Pontchartrain, upriver from New Orleans, in Norco, La. (Photo: Gerald Herbert, AP)

New Orleans – Floodwaters carried down from the Midwest are killing oysters and driving crabs, shrimp and finfish out of Louisiana and Mississippi bays and marshes to saltier waters.

So it’s a bad year for many people who make their living from the water.

Brad Robin says his family controls about 10,000 acres of oyster leases in Louisiana. He says that on a 10-point scale, “we are 9-and-a-half destroyed.”