Tech start-ups coming to Detroit to accelerate their growth

Tech start-ups coming to Detroit to accelerate their growth

Start-ups from California, Israel, Spain and more are coming to Detroit to give their businesses the fuel they need to accelerate forward.

The 10 technology companies will come for a program to learn how to grow their businesses in the automotive, manufacturing and logistics industries — further evidence Southeast Michigan is becoming a tech hub.

"We see Michigan and Detroit as a growing ecosystem that is specifically around smart mobility and the automotive industry," said Sergiu Lupu, CEO of Teporto, a platform with a pilot in Israel that allows commuters to schedule shuttle rides. "It takes a village to build a startup. We see this here in Detroit."

Sergiu Lupu is the CEO of Teporto, a platform with a pilot in Israel that allows commuters to schedule shuttle rides. (Photo: Sergiu Lupu)

Techstars Detroit will host its fifth class of participants starting Monday for a 13-week program that will hone their business plans and connect them with industry leaders from Ford Motor Co.'s incubator Ford X, Honda Innovations, Lear Innovation Ventures and others.

For businesses like Teporto, that means preparing to make solicitations for investments and finding possible employers in the coveted U.S. market with which it can partner to launch more pilots.

Colorado-based Techstars, which has worked with more than 1,800 startups, came to Detroit in 2015 because of the changes in the automotive industry, the talented engineers and the research universities in the state.

Techstars Detroit Managing Director Ted Serbinski speaks at the TechCrunch Mobility conference last year. Techstars Detroit is bringing 10 startups to the city for a 12-week program that will hone their business strategies and communication and connect them with major business leaders. (Photo: Techstars)

"The history of Detroit is that it was built by entrepreneurs, the Henry Fords of the world," said Ted Serbinski, the program's managing director in Detroit. "There are deep roots in entrepreneurship for the last 100 years here, and we're now getting back into it."

Since then, Techstars has introduced dozens of small tech businesses to a new Detroit. Three of 44 alumni have moved permanently to the city. Now the program, formerly Techstar Mobility, is broadening its scope from just transportation to align with Detroit's strengths.

"It was too narrow of a label for what Detroit is good at," Serbinski said. "What Detroit is good at is automotive, manufacturing, the internet of things, building lots of pieces and interweaving them with mobility. It's the intersection of the physical and digital world — that's the type of start-ups that benefit from doing business with Detroit." 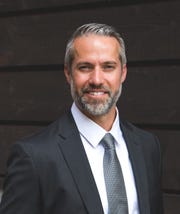 Michael Healander is the CEO, president and co-founder of Airspace Link, which maps roads in the sky for drones. (Photo: Airspace Link)

"I've a had a start-up before, and we moved to California, got acquired and did very well," said Michael Healander, Airspace Link CEO. "I moved back to Detroit three years ago, and I was amazed at what was happening here. I wanted to build a business headquarters here because of the momentum you're seeing and not get sucked back out to California." 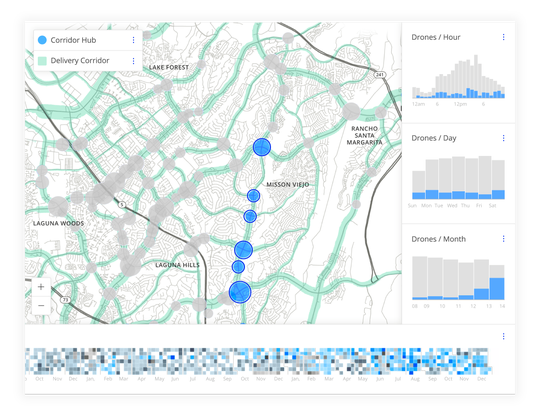 The three-person company found four investors downtown and is expecting to grow to 15 over the next year. Working with Techstars will help the company to launch its beta testing next month in select cities in Michigan that still are to be determined. It also is looking to help with the manufacturing of drones in Michigan in which it can incorporate its software.

And Detroit native Tamara Warren is returning to the city from New York for her Le Car, an app that is working toward using artificial intelligence to ease car shopping by offering users personalized recommendations.

Tamara Warren, a Detroit native, is the founder of Le Car, an app that aims to ease car buying by providing shoppers with personalized recommendations. (Photo: Anna Bauer)

"I think I will get out of it a connection to both the nuts and bolts of the automotive industry, the grassroots support for a new company," she said. "The culture of the internet has made it so all of society has to become a tech hub to stay relevant. What Detroit has brought to the equation — its skills and its industry — is 100% valid. Techstars shines a light on what's already been there."