Detroit — The number of women-owned businesses in America have soared in recent years, with Michigan and Detroit ranking at the top in growth, a census-based report finds.

Michigan has an estimated 436,486 women-owned businesses, employing 254,837 residents, according to the ninth annual State of Women-Owned Businesses Report released this week.

Michigan has ranked at the top of the nation for the growth of women-owned firms since 2014. Metro Detroit has also had the largest growth rate of women-owned firms, ranking as the top metropolitan area with an 88% increase in the past five years, according to the report.

The report analyzes data from the U.S. Census Bureau’s Survey of Business Owners. It analyzes industry, revenue and employment size at national, state and metropolitan levels to show the impact women-owned businesses have on the U.S. economy.

Michigan's women-owned firms contributed roughly $49 billion to the nation's economy, according to the report. 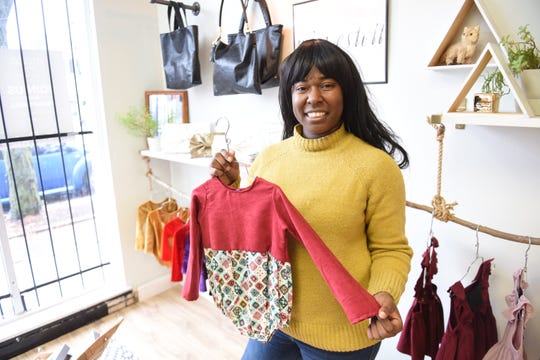 Detroit's recent growth in the number of women-owned firms lands at No. 1 ahead of Charlotte, North Carolina; Atlanta; Austin, Texas; and San Antonio, Texas.

"This was the first year we looked at sidepreneurship... Working less than 20 hours a week, these people often can't make ends meet, have other obligations or side jobs," said Geri Stengel, research advisor of the study. "It says something about Michigan and Detroit's economy. Looking at the numbers, the average revenue in Detroit's businesses are below the national average, which indicates high sidepreneruship."

African-American women-owned firms grew the fastest and now account for half of all women-owned businesses, which is reflected in Detroit, Stengel said.

In Michigan, women-led businesses are often centered around "other services" including hair and nail services, pet care, health and social care, daycare and homecare, bookkeepers, lawyers and private consultants.