TCF Bank unveils plan for its $5M investment in Grandmont Rosedale including learning lab, funding for businesses and block clubs in the northwest Detroit communities

Delilah Reynolds of Joy! Cakes talks about how she came up with the pound cake and sweet potato pie combination at the TCF Bank neighborhood day party at the North Rosedale Community House in Detroit on Nov. 6, 2019. TCF Bank will be investing in an elementary STEM lab and funding to aid small businesses and block clubs in the neighborhood of Grandmont Rosedale. Robin Buckson, The Detroit News
Fullscreen 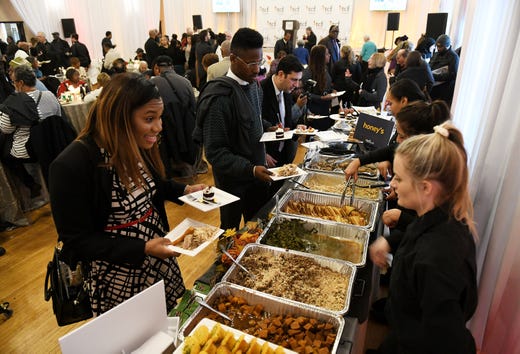 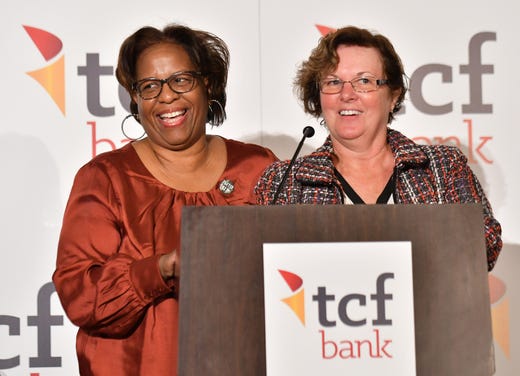 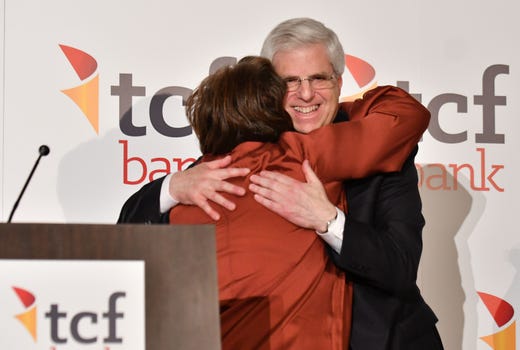 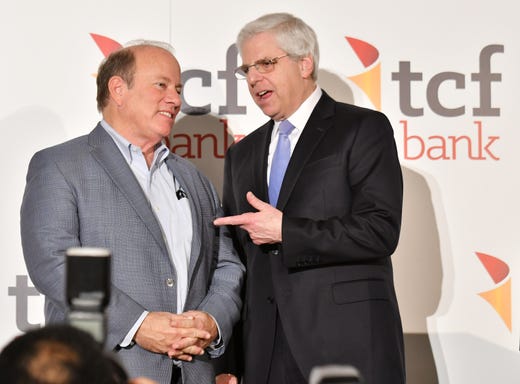 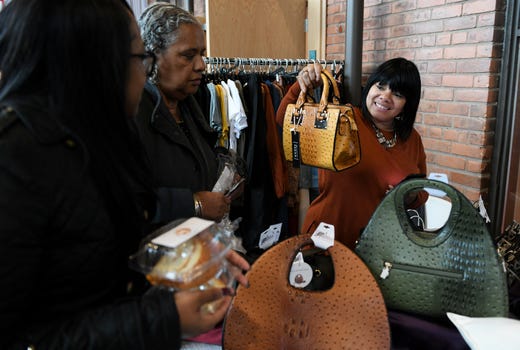 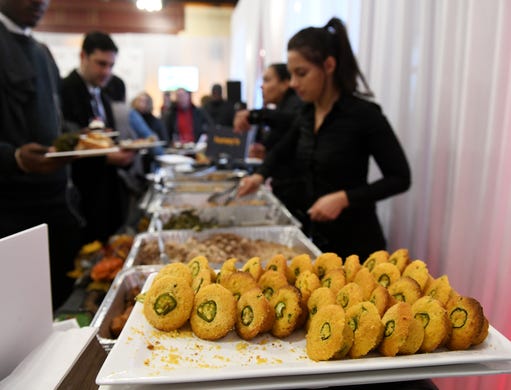 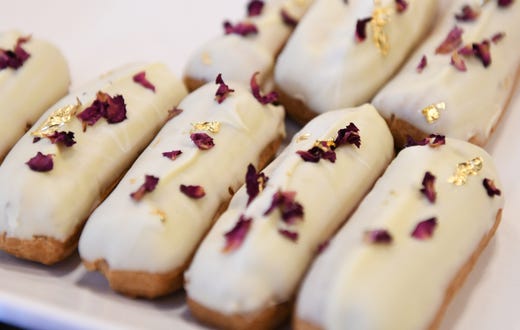 Gloria and Michael Adebayo enjoy some of the food at the TCF Bank neighborhood day party at the North Rosedale Community House in Detroit on Nov. 6, 2019. Gloria says of the neighborhood where she has lived for almost 40 years, "It has always been a wonderful place to live but now for the rebirth to occur, it is even more so." TCF Bank will be focusing efforts in the Strategic Neighborhood Fund neighborhood of Grandmont Rosedale. (Robin Buckson / The Detroit News) Robin Buckson, The Detroit News
Fullscreen 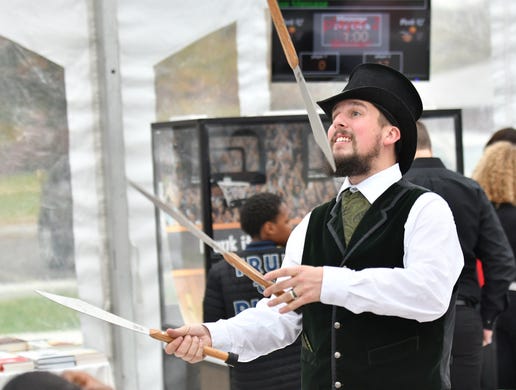 Detroit — Accessible play equipment, an elementary STEM lab and funding to aid small businesses and block clubs are all in store for the city's Grandmont Rosedale area.

The $5 million in investments from TCF Bank were detailed Wednesday during a Neighborhood Day Party inside the North Rosedale Community House.

The northwest Detroit community is among seven being targeted under the city's Strategic Neighborhood Fund, a $35 million commitment from multiple corporations, each vowing to spend $5 million over five years to enhance city neighborhoods.

"What is happening here today is in so many ways an affirmation of what the real work is for companies like ours," said Gary Torgow, executive chairman at TCF Bank. "We have been given the privilege to assist in the continued growth and strength of one of our city's most committed and substantial neighborhoods. Grandmont Rosedale has a storied history of great people and great dedication to five historic locations within Detroit."

Among the plans carved out with community input, the bank's financial support will bring a new lab to the Cooke STEM Academy, an accessible neighborhood playground, solar-powered bus shelters on Grand River and a new bank-sponsored fund to help jump start entrepreneurs as well as a $25,000 fund to assist the block clubs of the five surrounding communities, Torgow said.

Detroit Mayor Mike Duggan said that the $5 million investment will complement efforts already underway. Among them, an $8 million streetscape project along Grand River funded with state and city dollars.

Duggan told a packed room full of neighbors, businesses and supporters that the bank's efforts will elevate the city's plans to help build up the shopping corridor.

"With the investment that TCF is going to make, we're going to fill out the rest of those storefronts. We're going to bring shopping back to this is neighborhood," he said. "Some of the pioneers who have been here for a while are going to have friends join them." 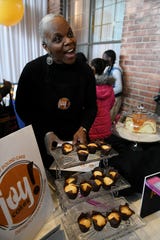 Delilah Reynolds of Joy! Cakes talks about how she came up with the pound cake and sweet potato pie combination at the TCF Bank neighborhood day party at the North Rosedale Community House in Detroit on Nov. 6, 2019. (Photo: Robin Buckson, The Detroit News)

Torgow told attendees Wednesday that TCF will be opening its newest branch on Grand River in neighborhood. At that time, he said, they will also launch a fund to help new and existing businesses in the area and beautification grants for the neighborhood organizations.

TCF Bank, meanwhile, is building its new, 20-store headquarters to the city's downtown through its August merger with Chemical Bank.

Delilah Reynolds of Joy! Cakes was handing out samples and selling off slices of her signature dessert — a hybrid pound cake infused with sweet potato pie — in the community house where she does all of her baking.

She's hoping TCF's commitment will be a step for her and others to aid in the path to opening up a storefront. Reynolds has a goal of doing so by the end of the first quarter of next year.

"What they are doing is phenomenal," she said. "I think it's going to be a huge benefit to the community."