Rather than a hands-off approach, politicians are preparing to take a more active role in steering economies through challenges of the coming decade.

Washington — In a memorable exchange at Davos last year, tech billionaire Michael Dell was explaining how higher taxes on the rich had never done much good anywhere, when he was contradicted. Actually, said Erik Brynjolfsson, a professor at the Massachusetts Institute of Technology, they’d worked pretty well within living memory in his own country, the United States.

For an executive crowd that’s thrived under 40 years or more of policies based on freeing up business and markets, the observation was a reminder that older versions of Western capitalism didn’t always look like that — and a warning the next incarnation might not, either. 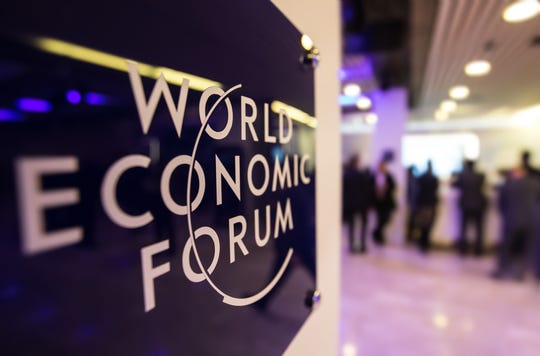 Rather than a hands-off approach, governments are gearing up for a more active role in steering economies through the big challenges of the coming decade, from global warming and inequality to the great-power race for a technological edge. Perhaps unsurprisingly, politicians from Europe, Asia and even the U.S. are embracing the idea.

“We’re past peak laissez-faire in many ways,” said Adair Turner, former head of the U.K.’s bank regulator and a Davos regular.

“We passed it in the financial system 10 years ago, when we nearly blew up the world economy,” he said. “It’s taken longer in other areas. But people are realizing there’s a need for strategic direction in areas like climate change.”

On plenty of other issues too.

In the U.S., both Republicans and Democrats increasingly want to manage international trade instead of leaving it to markets. Donald Trump broke that mold, and his would-be opponents aren’t inclined to take a less interventionist line. When Democratic contenders for this fall’s presidential election were asked in a debate if they’d remove China tariffs on day one, none of them said “yes.”

Indeed, the initial trade agreement signed last week suggests “the more successful the deal, the greater the drift toward more state-managed economies in both China and the U.S.,” according to a BofA Global Research note. 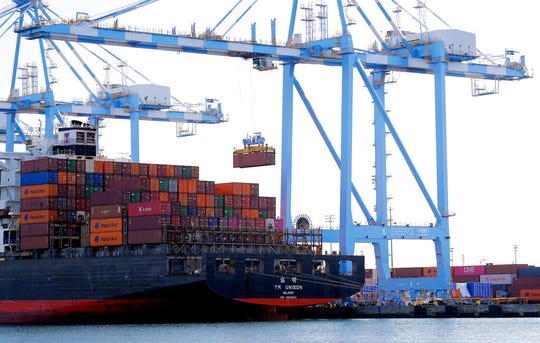 In the U.S., both Republicans and Democrats increasingly want to manage international trade instead of leaving it to markets. (Photo: Ted S. Warren, AP, File)

Democrats meanwhile are itching to intervene in health care. If Obamacare was about structuring private markets, the next overhaul may involve direct public spending — paid for with the higher taxes objected to by Dell, founder of the eponymous computer giant.

There’s been a similar shift on higher education. Even one of Trump’s senior student-loan officials described the American way of financing college degrees with private debt as “nuts.”

Trump has delivered tax cuts for companies and individuals, sticking with a Republican orthodoxy since the administration of Ronald Reagan, who was president when the World Economic Forum first met in 1988. High stock prices and profits are celebrated as evidence America is thriving.

But on some issues, Republicans don’t sound as reflexively business-friendly as they used to.

Sharpening competition with China, which for Trump has been mostly about trade, has spurred some Republicans into a broader rethink. One idea taking hold is that if its chief rival has a government-directed industrial policy, America may need one too.

Republican Senator Marco Rubio has made that case in a series of reports and speeches. While the market “will always reach the most efficient economic outcome,” at times that result can be “at odds with the common good and the national interest,” he said last month.

In Europe, Germany and France — which coined the term ‘dirigisme’ as well as ‘entrepreneur’ — are pushing for mergers to create continental champions able to compete globally in fields such as car batteries.

Prime Minister Boris Johnson’s government wants freedom from European Union competition and subsidy rules to be able to aid U.K. industry as it sees fit. Johnson has promised a post-Brexit “golden age,” helped by state funding for infrastructure and health.

Tech giants are in the political crosshairs everywhere. U.S. lawmakers have been hauling tech bosses into hearings and threatening them with antitrust actions.

European regulators have taken the fight further, opening lawsuits, levying billions in fines and threatening tech companies with a new digital tax. The energy industry, too, is under more direct pressure in Europe, where leaders have backed ambitious goals for reducing carbon emissions.

The revival of activist government isn’t confined to Western economies. The world over, “nation-states are reasserting themselves, presenting new risks to the capital and assets of corporations,” Eurasia Group said in a report on 2020 developments.

The success of the state-led Chinese economy may be one underlying reason.

China’s breakout has been characterized as “a movement in the direction of markets,” said Dani Rodrik, an economics professor at Harvard. “This gets only half the story right. It completely overlooks the other half, which has to do with management of the currency, the role of the state, and promoting new industries.”

Even the International Monetary Fund, traditionally an advocate of light-touch government, is working on a new framework that will allow more space for policy makers to manage flows of capital and intervene in currency markets.

Economists at the IMF and elsewhere also see a bigger role for governments to manage economies with fiscal policy. For most of the Davos era central banks have taken the lead by tweaking the price of credit. But interest rates have been stuck at rock-bottom levels for more than a decade, and businesses and households are maxed out anyway.

The question may arise again at this year’s WEF, where one of the themes is: “Fairer Economies.” Just don’t expect the discussion to be comfortable.

“The classic Davos Man answer is to say, ‘There’s lots to be done — but don’t tax the rich more,’ ” said Turner. “The more thoughtful ones realize that can’t be quite true.”