The move secures Atwater's future in a ballooning beer industry, Atwater owner Mark Rieth told The Detroit News. Selling to Molson Coors gives the regional brewer some security and the ability to expand both distribution and Detroit-based staff as the craft beer market gets increasingly crowded and competitive.

"The competition has gotten a lot stiffer," he said. "Our growth required capital and craft beverage expertise. All they want to do is support us and bring our brand to the next level."

Atwater would be acquired by Molson Coors' Tenth and Blake Beer Company, the U.S. craft division of the Denver-based multinational beer company formed in 2005 when Coors merged with Molson.

Atwater is the latest Michigan-based craft brewery to be acquired or sell part of the company to a bigger brewer. Less than six months ago, Grand Rapids-based Founders Brewing Co. announced it would sell a majority stake to Mahou San Miguel Group.

Rieth and his team will continue to lead Atwater's day-to-day operations. The brewery, which had to ditch expansion plans to the U.S. southwest a few years ago, plans to hire in Detroit once the acquisition is finalized.

Rieth expects the acquisition to take most of the next year to be completed. He said the companies have not discussed if Atwater beer would be brewed in larger capacities on Molson Coors facilities, or any changes to Atwater's brewing or bottling processes.

The companies did not disclose financial terms of the sale.

Atwater Brewery gained popularity in over more than two decades of operation in southeast Michigan for its Dirty Blonde wheat ale and its Vanilla Java Porter. The company recently launched hard seltzers, which joined the craft spirits Atwater serves and sells at taphouses in Detroit, Grosse Pointe Park and Grand Rapids.

The company in 2015 upgraded its Detroit taproom and labels, and was expected to open a taproom in Austin, Texas, before the company changed plans and dug back in as a regional brewer, Rieth said. 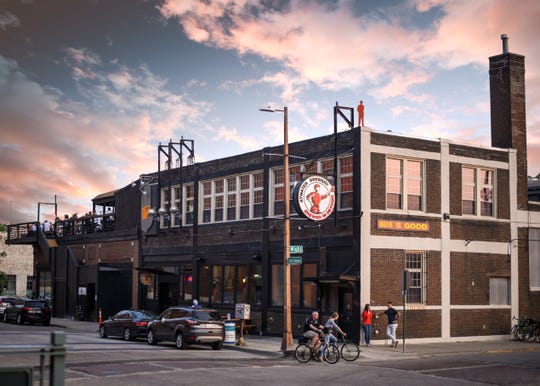 "Atwater has been a staple and a leader in the Michigan craft community for more than two decades, and we’re thrilled to have them join Tenth and Blake," said Paul Verdu, vice president of Tenth and Blake. "Our priority is to make sure their beer is enjoyed by consumers throughout their core markets and eventually across the Great Lakes region."

Rieth pointed to the Leinenkugel company as an example of what he wants for the future of Atwater under Molson Coors. Leinenkugel remains a family-run company, which is now available around the U.S. Miller Brewing Company bought Leinenkugel in 1988. The ownership was transferred to Molson Coors under a series of sales and acquisitions in recent years.

"That's what I want," Rieth said. "I want Atwater and our employees and our brand to be around for decades. Hopefully we'll be able to bring some products nationally."