For the past year, Krystal Roquemore and her husband have been looking for a home with more space. That search was halted when the coronavirus pandemic hit Michigan and in-person home showings weren't an option for weeks.

Now their search has resumed, the Detroit resident brings her mask, gloves and shoe coverings when she tours homes.

“It feels good to get out and look instead of being confined to the house and dreaming about it,” Roquemore said recently as she prepared to enter a home for sale in St. Clair Shores with agent Chandra Graves. 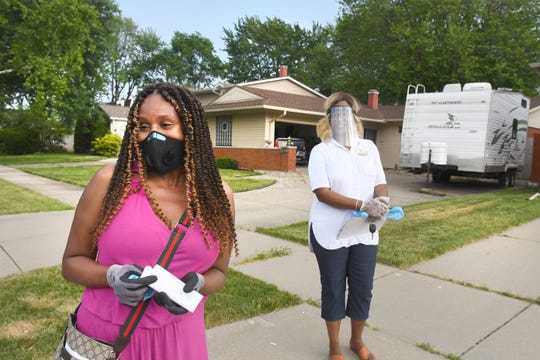 Roquemore is among potential homebuyers in Michigan contributing to the recent boost in residential real estate activity since home-showing restrictions were lifted in early May.

Here's a snapshot of how much things have improved: In April, there were 2,423 pending sales across 18 Michigan counties, including Wayne, Oakland and Macomb, according to the Greater Metropolitan Association of Realtors. By May, there were 7,833.

“When the governor lifted at least some of the restrictions, it just took off like we couldn’t have imagined,” said James Cristbrook, president of the Southfield-based Greater Metropolitan Association of Realtors.

During a seven-day period earlier this month, there were 1,740 new home listings and 270 listings coming back on the market in Wayne, Oakland and Macomb counties, according to that Realtors group. During that time period, there were 2,065 pending sales.

“And because those other industries were poised to get going as well, they basically didn’t miss a beat,” Cristbrook said. “Things started moving along pretty smoothly.”

“Even if they’re in decent shape, they sell very quickly,” Cristbrook said. “Sometimes within hours.”

Mortgage applications are on the rise with an increase of 9.3% as of June 5, compared to one week earlier, according to the Mortgage Bankers Association. Detroit-based Quicken Loans Inc. and Pontiac-based United Shore Financial Services say their industry is booming and they're hiring.

Interest rates were at an average of 3.21% as of June 11, according to the Federal Home Loan Mortgage Corp., also known as Freddie Mac.

"Outside of the previous two weeks, when the rate was 3.15 and 3.18%, this is the lowest rate in history, going back to 1971," said Gus Faucher, chief economist for the PNC Financial Services Group. "Home prices are rising because of strong demand and limited inventories. But with very low mortgage rates, affordability is still good for those people who have jobs."

Faucher says although he hasn't seen any hard data to support it, the pandemic might be spurring people to move out of cities and into the suburbs — and away from apartments and into single-family homes. 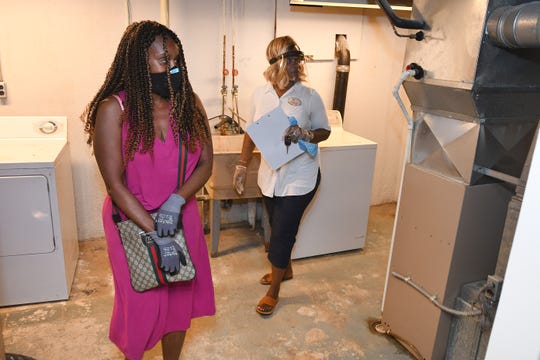 "Mortgage rates will increase into 2021, but at a very slow pace, and affordability will remain good," he said. "But if the recovery from the recession is slow and job gains are weak, a lack of income growth would mean a weak recovery in home sales."

"Buyers are strong," he said. "There have been some cases where people were laid off or furloughed in the middle of their transaction, but some of those people were called back to work and they're able to continue with the deal. A lot of people are unaware that the market is very strong if they're looking to sell their home."

For several weeks starting in mid-March, real estate activity was limited because buying or selling a house was generally not considered an essential activity under the stay-at-home order imposed by Michigan Gov. Gretchen Whitmer. During that time potential home sellers and buyers relied on virtual showings.

"There wasn't a lot of that, but there was enough of that that some agents were able to continue working, essentially," she said.

Traditional in-person home showings resumed a month ago. This past weekend, open houses were also allowed to resume.

"Even moving forward, I don't think we're going to do open houses as we've done them in the past," Perryman said. "We probably would have an open house, but we'll probably limit how many people are in a home at once."

Buyers and sellers are taking precautions during home showings, such as wearing face masks and leaving lights on and doors open to minimize the need to touch things.

"In homes that are occupied, we arrive and my clients will have PPE masks and they know not to touch," Kelke said.

"Before COVID, they would touch the countertops. People need to feel and use all of their senses in picking home and understand the finishes. But now people are keeping their hands in their pockets a little bit more. I'm opening more doors, more cabinets, showing them things they would normally look at themselves."

Roquemore is not only looking for a new home, she also has her home in Detroit listed for sale.

"We’re requiring face masks, gloves," she said. "We have a box at the entrance when we know people are coming. We do have them, disposable masks. We want them to be as safe as possible."