GAO urges NHTSA to work with states on vehicle inspections

GAO urges NHTSA to work with states on vehicle inspections 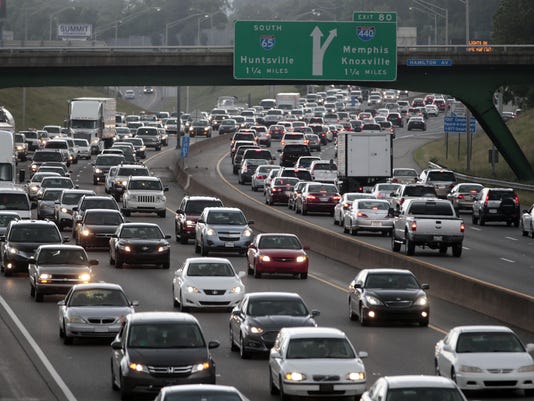 Washington — A government audit released Tuesday says the National Highway Traffic Safety Administration should do a better job of communicating with states to offer information on vehicle safety inspections.

Just 16 states have vehicle safety inspection programs — down from 31 in 1975. But states say the programs help fix millions of vehicle defects annually, according to the report by the Government Accountability Office. The programs are “reducing the number of vehicles with conditions that may contribute to crashes or increase the severity of crashes,” GAO says.

The GAO study couldn’t provide conclusive evidence that the state programs have a significant impact on auto safety, saying the benefits “are difficult to quantify.” In a 2008 study, NHTSA also couldn’t determine the impact. NHTSA doesn’t award any federal grants to help support the programs.

But GAO said the states that have the programs “are confident their programs improve vehicle safety, despite the challenges they face in operating the programs.”

The states told GAO that “additional information from NHTSA — for example, information related to new vehicle safety technologies — would help in operating their programs. However, there is no designated channel for communication between NHTSA and program officials.”

States have different criteria for when a LED headlight passes a test; some require 100 percent of diodes to function, while some say just 50 percent must work.

Some states said they want “more information on new technologies such as light-emitting diode brake lights. State officials also said that it is not clear whether or how to inspect new safety technologies, such as tire pressure monitoring systems, required by NHTSA for new vehicles. Without information, states have implemented different inspection pass-fail criteria or chosen not to include new technologies in their inspections, potentially reducing the safety benefit of their programs.”

NHTSA told GAO it has adopted a hands-off approach to state vehicle inspection programs “because the agency devotes its resources primarily to areas that contribute more heavily to crashes, such as driver behavior.”

But it agreed it could improve communication with state officials on vehicle safety issues. NHTSA told GAO it has no plans to propose regulations overseeing safety inspections.

No state has adopted the program since 1969. Since 2009, the District of Columbia, New Jersey and Mississippi have ended the annual programs. At its height in 1975, 31 states and DC had the programs. Michigan is among the states that have never had vehicle safety inspections.

Some states such as Maryland require an initial inspection for most used vehicles. Texas ended the requirement that owners display stickers on windshields in March.

NHTSA says it is unclear what the impact of safety inspections are on road safety. Pennsylvania said that in 2014, 529,000 vehicles — or about 20 percent — failed inspections and had to undergo repairs to pass.

Virginia says inspections found problems in 19 percent of vehicles on the roads — or 1.4 million of the state’s 7.5 million vehicles — with 700,000 rejected alone for brake issues — mostly worn or defective linings in brake drums, disc pads or disc rotors. Other areas where many vehicles fail include tire, brake light and glass issues.

States with heavy use of road salt — such as Vermont and West Virginia — say inspections help catch rust on vehicles. GAO also noted that as the average age of vehicles on the road increases — from 8.4 years in 1995 to 11.5 years today.

Fees range from free (in Delaware) to as much as $55 in Rhode Island (which also includes an emissions test) for the inspections.

Between 1967 and 1976, the Transportation Department withheld some highway funds for states that refused to create inspection programs.

Some states note the programs have issues, especially when private entities conduct inspections. GAO said states reported that it is a challenge to ensure that repair shops “do not intentionally pass vehicles that should have failed the inspection,” and others said some shops have been accused of making unnecessary repairs.

GAO noted that “driving is one of the riskiest activities in which average Americans engage.”

It’s the leading cause of death for nearly all Americans under age 34 and in 2013, there were 5.7 million crashes that caused 32,700 deaths and 2.3 million injuries.

NHTSA says between 108,000 and 140,000 crashes in 2013 were linked to faulty tires, brakes or steering, but it is not clear how many of those would have been prevented by state inspections. NHTSA says 94 percent of all crashes are attributable to human error.

Those figures may be too high, in part, because drivers may say “my brakes failed” and the cause is not verified. NHTSA found in 2008 that vehicle component failures were the cause of just 2 percent of all crashes.