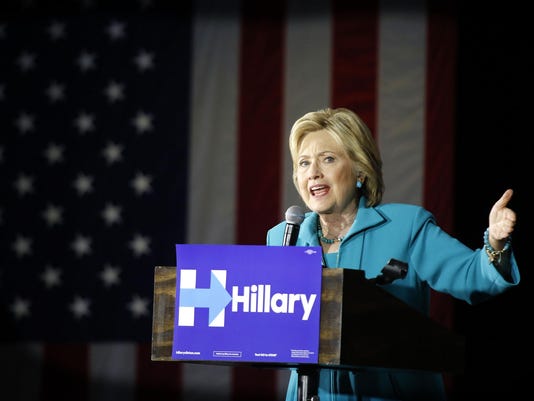 The union cited the former Secretary of State’s “lifelong commitment to the job security of American families, and her ability to unify and win in November” as top reasons for the support.

“Hillary Clinton understands our issues on trade, understands the complexities of multinational economies and supports American workers, their families and communities,” UAW President Dennis Williams said in a statement.

Although not as influential as it once was at its peak of 1.5 million in 1979, the UAW has membership and retirees of more than 1 million, including about 412,000 active workers.

When announcing the endorsement, the union commended Sanders: “Bernie Sanders has brought to this campaign a dialogue that has been needed for far too long. He has been, and remains, a great friend of the UAW, and working men and women in this country.

“But, the fact is, Hillary Clinton has shown under pressure her ability to lead and get elected in November.”

UAW Vice President Cindy Estrada has openly supported Sanders. Williams last week told reporters he was not concerned that leaders such as Estrada have supported a candidate, citing that in 2008 he was one of the only union supporters of Barack Obama.

The UAW’s endorsement followed an inspector general’s review that was released earlier in the day that found Clinton and her team ignored clear guidance from the State Department that her email setup broke federal standards and could leave sensitive material vulnerable to hackers.

Clinton, in a statement, said she was “honored” to receive the endorsement. She promised to protect workers’ rights to organize and bargain collectively: “If I am fortunate enough to be elected president, organized labor will always have a champion in the White House and a seat at the table — because when unions are strong, families are strong, and when families are strong, America is strong.”

Williams last week confirmed that the union would not endorse Republican candidate Donald Trump, even though nearly 30 percent of members who participated in a survey for the presidential endorsement supported the billionaire. He declined to disclose the percentages for other candidates.

Williams, citing an August 2015 article from The Detroit News, said Trump “called his own destiny with us” by suggesting one way to stop automakers’ expansion to Mexico is by moving some production out of Michigan to lower-wage states.

The union announced the endorsement Wednesday prior to Williams’ appearance on MSNBC’s “Hardball with Chris Matthews.” He told Matthews the UAW Executive Board voted unanimously to support Clinton. He said he believes that come Election Day, only 6 percent of UAW members will vote for Trump.

The AFL-CIO has yet to endorse a candidate. The 56-union organization represents 12.5 million workers.