Swann dash-cam is not exactly plug-and-play 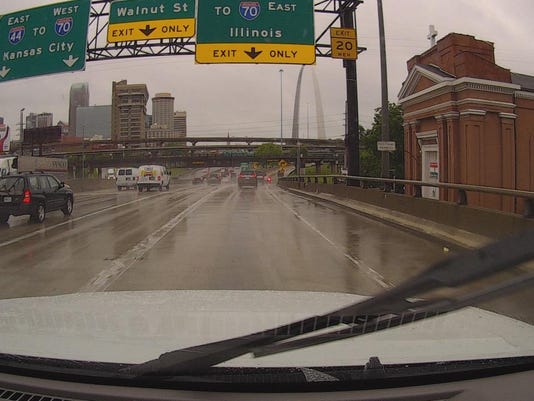 The email suggested an ideal Father’s Day present this year would be the newest windshield-mounted video camera from Swann.

That’s Swann, as in David Swann, who started his business in the basement of his family home in Melbourne, Australia, in 1987. Since then, according to the company’s website, he has grown a company that is a global leader in do-it-yourself video surveillance, consumer electronics and security-centric solutions for home and business.

The email I received from Swann’s U.S. public relations agency suggested dads everywhere would appreciate a high-definition dash cam, and a followup email suggested I do my own road test on my annual drive from Phoenix to Michigan.

A few days later a Swann Navigator HD Dash Camera with GPS tracking arrived. I read the instructions, at least far enough to discover I needed to buy an inexpensive micro SD card to plug into the camera. Since I don’t have a teenager in the house any longer to help me with such things, I took the package on the first leg of my trip — Phoenix to suburban Las Vegas, where I spent a few days with a daughter and her family.

My daughter read the instructions, inserted the micro SD, suction-cupped the small camera to my windshield, plugged in the power cord and showed me how to push two of the four buttons along the lower edge of the device. The one on the far left allows you to take a snapshot of the scene through the windshield. The one second-from-right saves the last 5 minutes of recording from being overwritten. 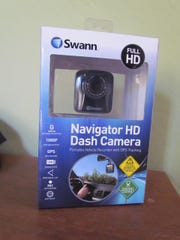 Swann Navigator HD Dash Camera comes with everything needed except a micro SD card and free software you download from the Swann website. (Photo: Larry Edsall/Special to The Detroit News)

The Swann camera setup records in 5-minute segments until the micro SD is full, and then goes back and records over what’s there unless you’ve saved various segments. I saved some particularly scenic segments of driving on mountain roads in Utah. However, dash cam video also can be used in defending your claim of innocence in a crash or even a traffic violation you didn’t commit.

Plug the device into a power outlet in your car and it starts recording every time you start the car. It also has a built-in rechargeable battery, so I suppose you can use it to record video away from the car.

Upon arrival in Michigan, I removed the camera from my car, attached the USB cable to link it to my laptop and the photos I’d shot automatically downloaded. But a note popped up on my screen informing me my MacBook Pro laptop was unable to access the videos.

Turns out you need to download some software from the Swann website. I tried, and the screen tells me the app software has been downloaded. Now my problem is I can’t find that software on my laptop to activate it.

Hopefully, the father in your Father’s Day has much better computer skills than I do, or a resident teenager to show him how to do the setup.

The Swann Navigator HD Dash Camera is maybe 2 inches square and not even an inch deep, and can be tucked behind your rearview mirror so it is not a distraction as you drive. The suggested retail price is $149.99 and the box includes everything except the micro SD and the free-to-download software.

Swann video devices are available at some home electronics stores or through the company’s website, www.swann.com and the app is at www.swann.com/us/apps.