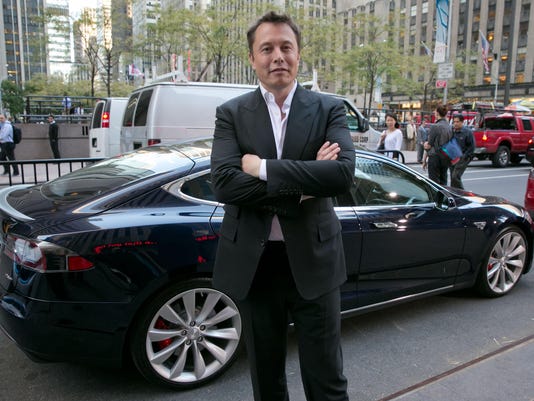 Tesla said the transaction will be finished in “the coming days.”

“We would like to thank our shareholders for continuing to support our vision for the future,” the company said Thursday in a statement. “We look forward to showing the world what Tesla and SolarCity can achieve together.”

SolarCity is set to become a subsidiary of Tesla.

Tesla Chairman and CEO Elon Musk serves as chairman of San Mateo, California-based SolarCity and is a major shareholder in the company. He recused himself from voting.

Musk thanked shareholders. “I think your faith will be rewarded. It’s really going to be an amazing something that comes out.”

The deal, originally announced in June and then worth $2.6 billion, aims to combine the two companies.

In Tesla’s third-quarter shareholders letter, Musk said the combined company could save more than $150 million in costs in the first full year after closing. He told analysts that if the merger is approved, he expected SolarCity would be “neutral” or a “cash contributor” in the fourth quarter.

Analysts have expected the deal will pass.

In a note to investors Thursday, Barclays Capital Inc. said Tesla stock could see a bit of momentum in the short-term but it expects the company will have to raise capital no later than the first half of next year and it predicts delays with the Model 3. It is rating the stock as underweight and has a price target of $165 a share.

Musk has said he doesn’t plan to raise additional capital to help with the Model 3 electric vehicle launch and said the company probably wouldn’t raise capital in the first quarter. Also in question is how President-elect Donald Trump’s policies may affect the solar industry.