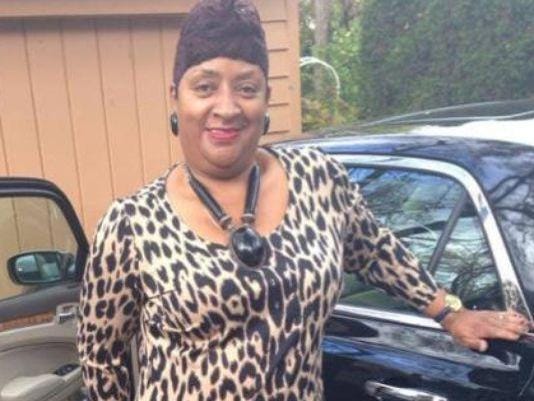 The conspiracy deepened as prosecutors charged a fourth person in a $4.5 million corruption scandal involving two pillars of the auto industry, Fiat Chrysler Automobiles and the United Auto Workers. High-ranking leaders of FCA and the UAW with six-figure salaries, often cast as adversaries in bitter labor battles, conspired to dip into a multimillion fund created for training blue-collar workers, prosecutors alleged.

Former UAW labor executive Virdell King, 65, of Detroit, the first black woman to head a local UAW-Chrysler union and who later served on the UAW-Chrysler National Training Center’s governing board, was charged in federal court with pocketing thousands of dollars worth of illegal payments and is expected to help the government prosecute others involved in the scandal.

The case against King emerged three weeks after a federal grand jury indicted former Fiat Chrysler executive Alphons Iacobelli and Monica Morgan-Holiefield, widow of former UAW Vice President General Holiefield. The auto executive and the widow are accused of conspiring in a scheme that drained more than $4.5 million from the training center over several years.

New allegations about the misuse of training center funds could hurt the UAW’s reputation and possible organizing activities, said Michelle Krebs, a senior analyst with Autotrader.

“Clearly something needs to give in terms of financial oversight, because how this went on is quite stunning,” she said. “And if I were a union member I would be extremely unhappy that funds are being improperly used.”

Iacobelli sanctioned the use of training center cards for personal expenses in a bid to keep senior UAW leaders “fat, dumb and happy,” according to a court filing that raises questions about the sanctity of earlier labor deals.

The government alleges several people, including King, conspired to violate a federal labor law designed to combat corruption of the collective bargaining process. 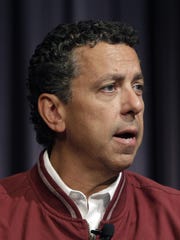 On Friday, prosecutors said Iacobelli unleashed the shopping sprees with a simple order.

“If you see something you want, feel free to buy it,” Iacobelli said, prosecutors quoted him as saying in Friday’s court filing.

UAW President Dennis Williams, in a statement Friday, said he was “disheartened by the misconduct alleged in today’s indictment.”

“Ms. King is no longer with the union and hasn’t been since February 2016,” Williams said in the statement. “Based on our own internal investigation, we believe anyone who engaged in intentional misconduct is no longer employed by the UAW. We continue to cooperate with the DOJ and share information with the government.”

“This alleged conspiracy among several union and corporate officials to abuse their positions for personal gains at the expense of hard-working Chrysler employees is highly alarming,” Ian Burg, director of the Office of Labor-Management Standards Detroit-Milwaukee District Office, said in a statement. “… these efforts make it far more likely that leaders in the labor union movement who illegally profit at the expense of their membership will be held to account for their crimes.”

The criminal filing against King came one day after The Detroit News reported that King used a training center credit card to buy a $2,180 shotgun as a birthday present for UAW Vice President Norwood Jewell.

On Friday, Fiat Chrysler announced it had canceled a media event next week featuring Jewell and the automaker’s CEO Sergio Marchionne at the Belvidere Assembly Plant in Illinois.

FCA said the cancellation was due to scheduling issues.

The criminal filing Friday mentions the shotgun among more than $40,000 in personal purchases King is accused of making with training center credit cards from 2012 to 2015.

King bought items for herself and other senior UAW officials, prosecutors said. The purchases also included golf equipment, luggage, and concert and theme-park tickets — all of which were purchased with training center funds.

The News previously reported that King was told to buy the shotgun by Jewell’s top administrative assistant, Nancy Johnson, in August 2015, according to sources familiar with the investigation.

Johnson has not been charged with a crime. She declined to comment to The News.

Johnson was not named in the filing Friday, which described events surrounding the shotgun purchase. Instead, prosecutors refer to “UAW-4” as a senior labor official in the Chrysler department who told King to buy the shotgun in August 2015.

“Ask them for a really good one with (a) case,” “UAW-4” wrote in a text, according to prosecutors.

King bought the shotgun and charged the purchase to her training center credit card, prosecutors said.

In March 2015, the month General Holiefield died, “UAW-4” used a training center credit card to buy Christian Louboutin shoes that cost more than $1,000. The stiletto pumps with blood-red soles are popular among celebrities and wealthy fashionistas.

“UAW-4” encouraged King to buy a pair, too. The same month, King swiped her training center card and spent more than $1,000 on her own pair, prosecutors said.

King, who was paid $128,930 in 2015, the year before she retired, was charged in a criminal “information,” which means a guilty plea is expected in coming days.

The News first reported that King was a potential target July 31 amid questions about her personal use of a training center credit card. King was part of the UAW-Chrysler bargaining teams in both 2011 and 2015 and she spent years on the training center’s board.

If convicted of crimes that could send them to federal prison for up to five years, Iacobelli and Morgan-Holiefield risk losing their homes to the government. A trial date for the two has been scheduled for Sept. 25.