A limited supply of XC90 SUVs contributed to the company’s 9.2 percent drop in U.S. deliveries in the first seven months 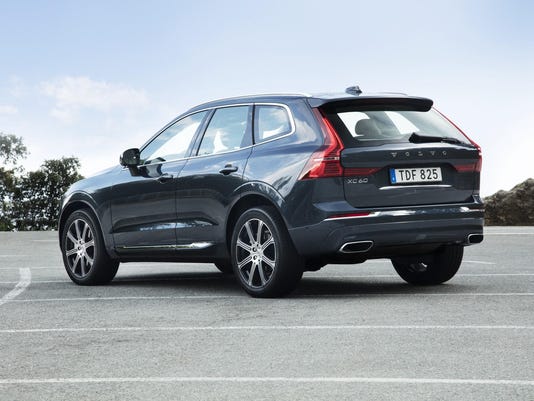 Volvo has added the smaller XC60 to its lineup as SUV sales are starting to pick up again.(Photo: Volvo)

Volvo Cars’ outgoing U.S. chief sees the automaker’s sales overcoming a weak start to the year as more SUV options on its lots encourage American drivers off the sidelines.

Lex Kerssemakers, who has run Volvo’s business in the Americas since 2015, said a limited first-half supply of XC90 sport utility vehicles contributed to the company’s 9.2 percent drop in U.S. deliveries in the first seven months of the year. Now that those SUVs are flowing again and Volvo’s added the smaller XC60, the brand will recapture its momentum as it looks to reach 150,000 annual sales in the U.S. by 2020, he said.

“I think we have the ingredients, the programs to reach year-over-year growth,” Kerssemakers said in a telephone interview. “I’m not going to give you a percentage yet, but the important thing is that we continue to grow and we create the right momentum in quarter four to push through into ’18 when also the XC40 will arrive.”

Kerssemakers’ rosier forecast for the U.S. market comes at a time when American drivers are increasingly forgoing family sedans in favor of crossovers and SUVs — a lucrative shift for automakers able to capture higher margins on the larger models. Volvo’s XC40 compact crossover is due to be revealed at the Los Angeles auto show later this year as a likely competitor to models such as the BMW X1.

But while Kerssemakers is expecting a full-year increase in U.S. sales, he won’t be on the ground to see it happen. Kerssemakers will return to Volvo’s Gothenburg, Sweden, headquarters to lead the Chinese-owned company’s biggest sales region: Europe, the Middle East and Africa.

He will be replaced by Anders Gustafsson, a former Hertz executive who has been with Volvo since 2009, the automaker announced Tuesday. Gustafsson has been senior vice president of Volvo’s European unit since March 2015.

Gustafsson brings the “drive needed to further develop Volvo’s ongoing turnaround in U.S.,” Hakan Samuelsson, president and chief executive of the company, said in a statement announcing the executive reorganization. The moves go into effect Sept. 15.