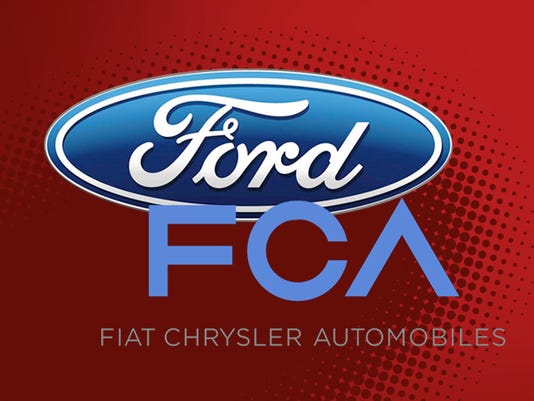 U.S. consumers continued to buy everything but sedans in August — and analysts said that could mean automakers get more competitive with the pricing of their SUVs and trucks.

The industry saw sales rise compared to the same month a year ago driven in large part by a SUV, truck and crossover frenzy, and the fact that Hurricane Harvey took a bite out of last year's August sales figures.

The shift away from cars also drove monthly sales increases of 4.2 percent at Ford Motor Co., 10 percent at Fiat Chrysler Automobiles and 1.3 percent at American Honda.

But General Motors Co.'s total sales were down 13 percent for the month, according to sales figures obtained by The Detroit News.

GM earlier this year stopped publicly reporting monthly sales figures, opting to report sales each quarter to provide what the company said was a better look at its performance. A spokesman for the automaker declined to comment Tuesday.

Toyota Motor North America posted a 2 percent sales decrease when compared to August a year ago, when Hurricane Harvey took a bite out of selling days in the southern U.S.

"Initial results imply a continued shift from passenger cars — mid-size sedans in particular — toward light trucks," Stephanie Brinley, analyst with IHS Markit, said in a note. "The shift in market preferences has already occurred, and declines now are often a function of inventory and slowing incentives. Automakers have and continue to adjust production of sedans to meet lower demand, and incentives on them have been slowing. Under these circumstances, the declines in passenger car sales are also less disruptive for automakers with flexible manufacturing capability and popular light-truck products."

Analysts also expect incentive spending to increase as automakers try to attract consumers to SUVs as the market continues to plateau, and average transaction prices climb. As the market floods with SUV models — and the Detroit Three enter the throes of the pickup wars — analysts expect the industry will be able to discount vehicles to move more product.

"Average transaction prices are up for the industry, as most manufacturers reported gains from the sales mix continuing to shift from cars to SUVs,” Tim Fleming, analyst for Kelley Blue Book, said in a statement. "Moving forward, the industry could see further discounts and incentives in these utility segments, as automakers continue to focus their attention on placing their products at the top of consumers’ consideration lists."

The automaker saw car sales plummet 21.3 percent in August compared to the same month a year ago. SUVs were up 20.1 percent, and trucks were up 5.7 percent.

FCA sales rose 10 percent in August compared to a year ago on the backs of the Jeep and Ram brands.

"Our August results highlight how the all-new Ram light-duty is coming into its own,” said Reid Bigland, head of U.S. sales, in a statement. “Ram light-duty total sales rose 55 percent to 36,798 vehicles for the month."

Toyota reported its August sales were down 2 percent compared to the same month a year ago in the U.S. Its Toyota and Lexus brands posted combined sales of 223,055 units.

Honda car sales slid 15.3 percent, while its truck sales grew 18.9 percent. The Accord, Honda's bread-and-butter vehicle, is down 14.1 percent through the first eight months of the year.

Automakers are facing a sales plateau after consecutive years of record sales figures. The companies are also contending with dwindling U.S. interest in sedans and compact cars and a glut of used vehicles coming back to dealers, who most analysis companies say will sell the vehicles at a bargain.

U.S. consumers are also becoming less keen on buying a new vehicle, according to Ford's analysis of the marketplace.

Ford sales chief Mark LaNeve said Tuesday that Ford will push to launch competitive product in the new year. The Dearborn automaker is currently working with the oldest average vehicle age among the Detroit Three.

"There's really good competition," he said Tuesday. "You've got to have great product...We've got to continue to run our (product) plan."

Ford plans to cut sedans completely out of its product line up within the next few years and replace those models with new crossovers. The Focus Active was expected to arrive in the U.S. by late 2019, but the automaker cancelled plans to launch that vehicle in the U.S.

The automaker plans to have nearly 90 percent of its sales volume in the U.S. to be trucks, SUVs or commercial vehicles by 2020.

J.D. Power and LMC Automotive expected incentive spending to fall overall on top of the sales increase as automakers reduce spending on sedans and small cars. As consumers continue a transition into trucks and SUVs, average transaction prices are also expected to rise to $31,836, up nearly $600 compared to a year ago.

"The auto industry still faces a prolonged and elevated level of trade risk, but overall sales are holding steady," said Jeff Schuster, Americas operations an global vehicles forecasts at LMC. "We no longer expect fleet sales to be ratcheted back in the second half, but we do see stronger competitive pressure on the volume brands fighting for share. The result is a total light-vehicle market that we expect to eek out a very slight increase — 0.1 percent — 2017."