Chicago Auto Show picks up where Detroit left off

It's cold in Chicago, but the auto show there has a warm feeling about its February date

Chicago Auto Show picks up where Detroit left off 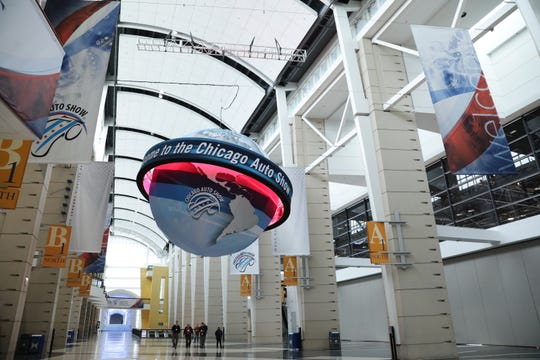 Mercedes and BMW are stiffing the Chicago Auto Show this year, just as they did with the Detroit show. Beginning Thursday, the Windy City will open to single-digit temperatures and 20 mph gusts off frigid Lake Michigan. There will be few show-stopping reveals from any of the major automakers.

And show organizers are just fine with that.

While the Detroit auto show is undergoing a major overhaul from January to June 2020 to re-energize automakers and rebrand itself as a summer show, Chicago is content with its lot in life as a winter showcase.

"February just works for us because it’s a long winter and we have 1 million square feet in McCormick Place to stretch our legs," says show general manager Dave Sloan. "We had a sunny weekend a couple of years ago and it hurt our attendance. It was too nice outside."

McCormick Place, of course, is the Second City's massive 2.7-million-square foot downtown convention center. Even utilizing less than half McCormick's sprawling footprint, the Chicago event is the largest auto show in North America. 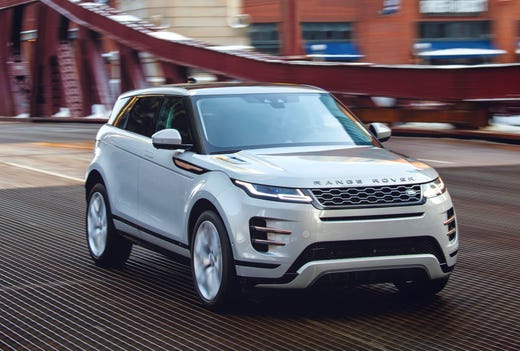 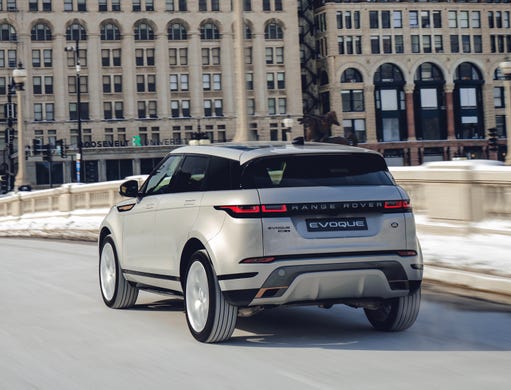 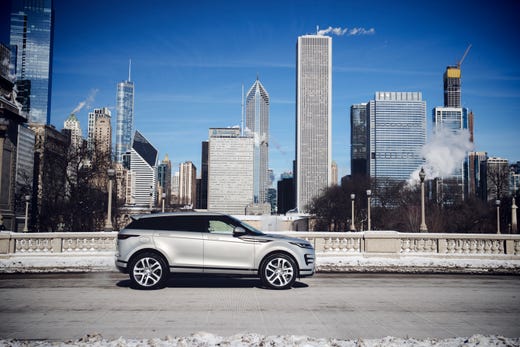 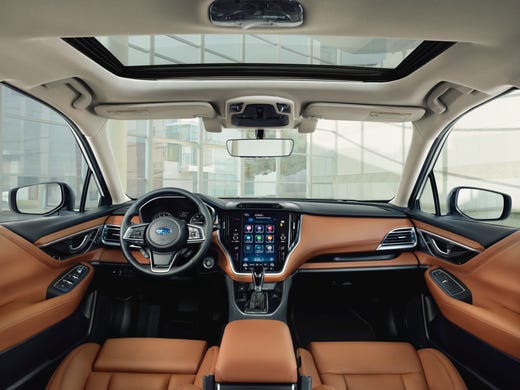 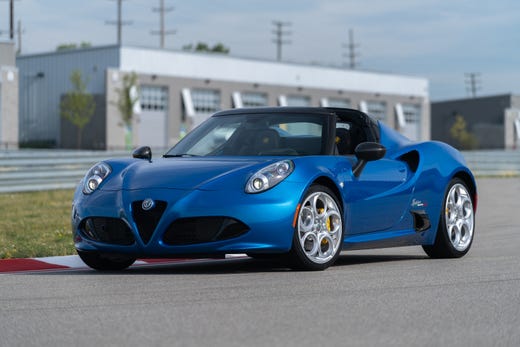 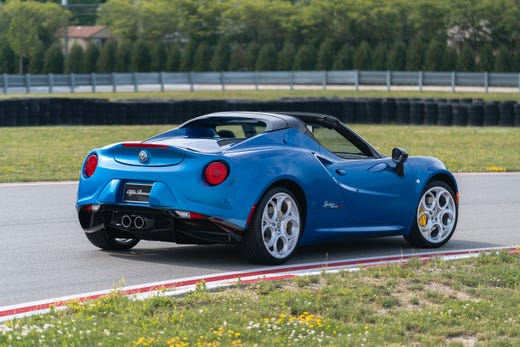 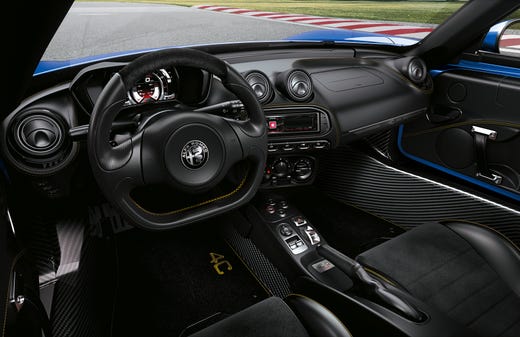 Despite the absence of major premieres and the two luxury-makers, the sheer size of Chicago's showcase still commands the presence of every other major automaker. And with Detroit vacating its winter show spot next year, Sloan thinks Chicago might become even more of a media attraction if automakers choose to debut their 2021 models in McCormick.

"We're happy to have a little more space in front of us," says Sloan, adding that he hopes being the first 2020 show will bring more big reveals. "We know how important the media preview is. We know it’s a small pie but hope to get a bigger piece of it."

In the meantime Chicago will welcome some 20 new media reveals over the next two days that will largely feature trim upgrades and anniversary editions of existing models.

The exception will be the new Range Rover Evoque SUV and Subaru Legacy sedan, both important high-volume vehicles for their brands.

The Evoque will debut at the Chicago Economic Club, then make its way to the show floor where the English automaker has constructed a 16-foot hill so show-goers can sample its off-road chops — and ogle the brand's first 48-volt mild-hybrid drivetrain.

A sexier Legacy tries to hang on to mid-size sedan customers with Subaru's signature all-wheel drive and a Tesla-like tablet screen. 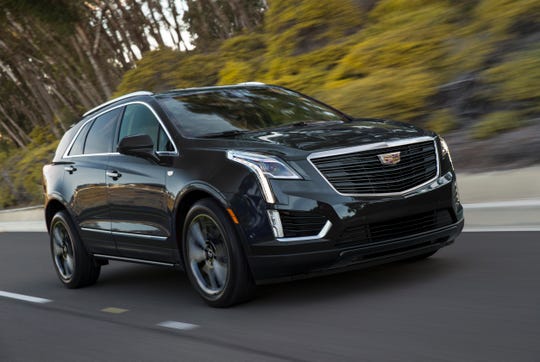 Reveals will also include a sport-trim of the Cadillac XT5, a first public look at the Chevy Silverado Heavy Duty pickup, and a new V-8 powered Ford F-series heavy duty. More Detroit-based automaker reveals include a special "Cranberry Wine-stitched" edition of the Chrysler Pacifica minivan — celebrating 35 years of Chrysler vans — and an eyeball-burning "Sublime" green upgrade to Dodge's muscle-car lineup.

Rumors have it that a special-trim Alfa Romeo and Ram truck might sneak into the show as well.

From foreign automakers will come a powerful version of the Volkswagen Jetta called the GLI (think of the iconic Golf GTI hatchback but in sedan form). The snazzy Kia Sportage compact SUV gets a facelift for 2020. Filling out the menu are tasty snacks like a 30th-anniversary Mazda Miata sports car and a special-edition Nissan Pathfinder.

That's it. Cars, cars, cars. No nods to the self-driving future. No tech talks. No futuristic conferences like LA's Automobility or Detroit's Automobili-D to noodle about sustainable self-driving.

"We’re going to celebrate America’s love affair with the car. There are a lot of cars to be sold between now and autonomy," says Sloan.

After the last of the estimated 3,400 members of the automotive press snap their pictures Friday, the party really gets started.

Chicago society comes out for a big charity bash Friday night — shades of Detroit's Charity Preview — to raise over $2 million for good causes. Then the fans start to line up for the public show Saturday morning.

"The magic happens in Chicago at 9 a.m. on Saturday and we don’t even open until 10. People line up outside because they want to run back to the Jeep test track – it’s like a riding a roller-coaster and they never get tired of it," says Sloan.

The Jeep track is one of four indoor tracks that help pack in the customers. "Managers call it dwell time," says Sloan of the opportunity for customers to experience cars as well as be approached by floor staff.

There are six more ride experiences outside McCormick, a tradition that has inspired shows like Detroit to do their own.

The show doesn't give official attendance figures, but it is widely considered to be the best-attended in the country.

Sloan, who runs the show on behalf of the Chicago Automobile Trade Association, is aware of the winds of change buffeting the industry and its marketing shows.

"We have to figure out where auto shows are going," he muses. "Times are changing and we need to know how to keep bringing consumers to the show."

Being the country's biggest, best-attended stage has its advantages. Especially now that it will be the first calendar-year 2020 show in the U.S.

"This is still a very effective way of allowing automakers to market their products," smiles Sloan.