However, poorly rated headlights prevented all but one of the 11 small and large 2019 pickups that were tested from qualifying for the institute’s Top Safety Pick award. The lone exception was the Honda Ridgeline, which earned "acceptable" passenger-side crash test ratings but has "good" headlight ratings and "superior"-rated front crash prevention. 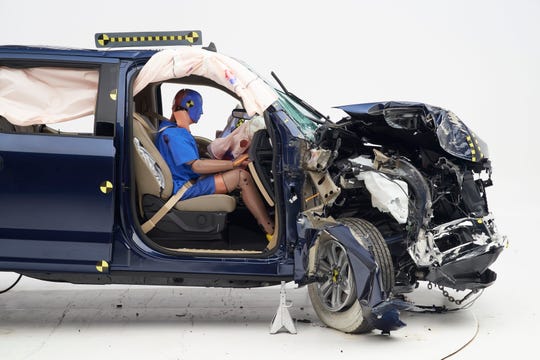 The dummy's position in relation to the door frame and dashboard after the crash test indicates that the passenger's survival space was maintained well in the 2019 Ford F-150 SuperCrew (Photo: IIHS)

IIHS, which represents the insurance industry, said the Toyota Tundra was the only pickup to earn a "poor" rating in its passenger-side crash tests. Five of the trucks — the Chevrolet Colorado, GMC Canyon, Nissan Frontier, Chevrolet Silverado 1500 and GMC Sierra 1500 — rated "marginal."

"We commend Ford, Nissan and Ram for providing state-of-the-art crash protection for both drivers and front passengers of their large pickup models," David Zuby, IIHS chief research officer, said in a statement. "As a group, however, the pickup class still has a lot of work to do."

IIHS said its "small overlap" passenger-side crash testing replicates what occurs when just the front corner of a vehicle strikes another vehicle or an object such as a tree or utility pole. IIHS began rating vehicles for protection in a passenger-side small overlap front crash in 2017 after adopting a similar test for driver sides in 2012.

The group said the Ford F-150 was the best performer in its passenger-side test. IIHS said the F-150's structure held up well with maximum intrusion of 5 inches into passenger space. The group said the vehicle's seat belts and air bags worked well together to control the movement of the passenger and driver dummies, and neither dummy recorded any potential injuries.

IIHS said the Tundra, which received the "poor" rating in the passenger side crash test, was seriously compromised by intruding structure. Maximum intrusion on the Tundra in the test measured 15 inches. 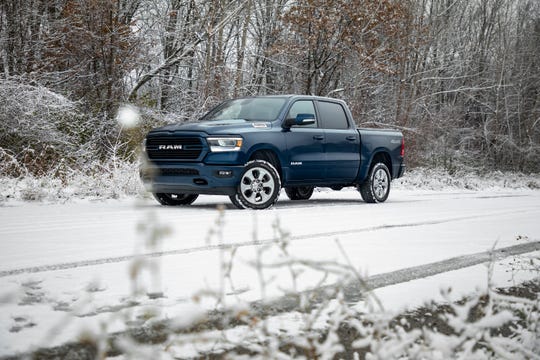 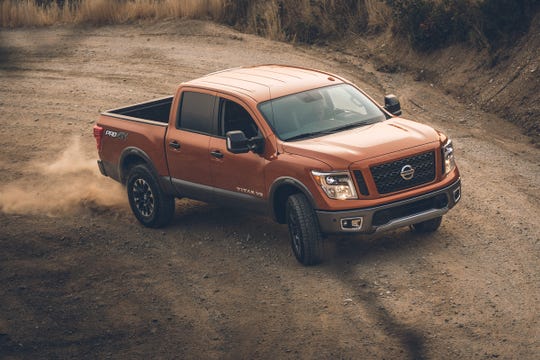 The following 2019 pickup models received "acceptable" ratings on their passenger side crash-test performance: