“Tesla has grown too big relative to near-term demand, putting great strain on the fundamentals,” Morgan Stanley analysts said in a note 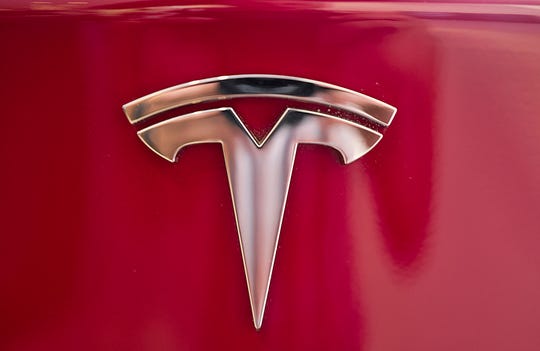 This Wednesday, Aug. 8, 2018, file photo shows the Tesla emblem on the back end of a Model S in the Tesla showroom in Santa Monica, Calif. (Photo: Richard Vogel, AP)

Tesla Inc. sustained another blow by Wall Street analysts as Morgan Stanley slashed its worse-case scenario for the share price to just $10 over concern the company has saturated the electric-car market.

“Demand is at the heart of the problem,” analysts led by Adam Jonas said in a note. “Tesla has grown too big relative to near-term demand, putting great strain on the fundamentals.”

Jonas lowered his “bear case” for Tesla shares from a previous estimate of $97 to take into account the risk that the company misses its current sales forecast for China by about half. He maintained his $230 price target.

Tesla plunged as much as 4.5% to $196.04 at the open of regular trading Tuesday in New York. A selloff sparked by slowing deliveries and a chaotic shift in retailing strategy early this year has accelerated this month, with several analysts sounding alarms about petering demand.

After handing over just 63,000 cars in the first quarter, Tesla expects to deliver as many as 100,000 cars in the second and four times that for the year. Hitting the full-year target is going to be a “Herculean task,” Wedbush Securities analyst Dan Ives wrote in a report Sunday, calling the issues plaguing the company a “code red situation.”

Even Ben Kallo, a longtime Tesla bull at Robert W. Baird & Co. who maintains the equivalent of a buy rating on the stock, wrote Tuesday that it may take several weeks or months for the negative narrative surrounding the carmaker to shift. He cut his price target to $340 from $400, telling clients that “credibility questions, messaging/communication and significant noise around TSLA have kept incremental buyers out of the market.”

Tesla has plummeted about 40% since the start of the year and on Monday breached the $200 level for the first time since December 2016. Chief Executive Officer Elon Musk last week called for a “hardcore” review of all the company’s expenses to manage cash burn.

For Tesla to breathe life back into demand, it will have to aggressively expand into China, offer lower-priced sport utility vehicles and supply mobility fleets, according to Morgan Stanley’s Jonas. Trade tensions between the U.S. and China and new competitors put this strategy at risk, he said.

“We give Tesla credit for tapping into the world’s largest EV market for a number of years” in China, Jonas said. “We strongly suspect a host of national champions to emerge.”