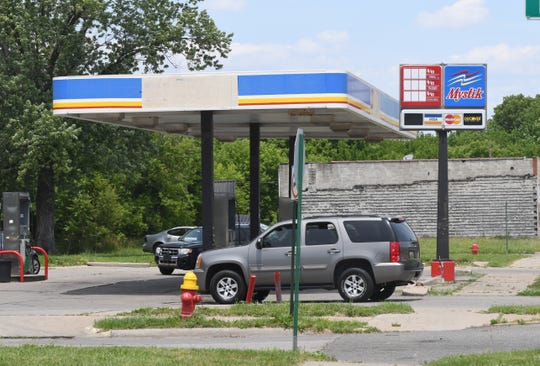 Washington — With talks between the U.S. government and California about new gas mileage rules for cars at a standstill, Democrats in the U.S. House grilled Trump administration officials Thursday over their proposal to roll back stringent mpg rules that were enacted under former President Barack Obama.

Speaking at a hearing of the U.S. House Energy and Commerce Committee, U.S. Rep. Debbie Dingell, D-Dearborn, called  "unacceptable" the Trump administration's proposal to freeze gas mileage rules that require automakers to average a fleetwide of 39 miles per gallon by 2020 in place until 2026 in lieu of an Obama-era requirement that called for them to top 50 miles per gallon.

"Strong fuel economy standards have kept our environment clean, reduced our dependence on foreign oil and have saved consumers money at the pump," Dingell continued. "The administration's proposed rule has listed several options. The most unacceptable being the flatlining of fuel economy standards. Flatlining is harmful to American leadership and innovation and the environment."

Dingell chided the Trump administration for pulling out of talks with California about new rules for gas mileage that would cover model years 2021-2025.

U.S. Rep. Fred Upton, R-St. Joseph, said he also hopes for a deal between the Trump administration and California.

"For me, particularly from not only from Michigan, but one that knows the importance of the industry, but also clean air, it's important that we have the right standards," Upton said. "I've supported better safety standards, better fuel standards for everyone."

The Trump administration announced last year its intention to ease stringent gas-mileage rules that would have required fleets averaging nearly 55 miles per gallon by 2025. The administration proposed a freeze in the mandate after 2020, touching off a fierce battle with California, which helped to craft the Obama-era rules.

The two sides attempted to negotiate a potential agreement, but the White House announced in February it was pulling out of the talks and moving forward with its proposed freeze in the gas mileage rules.

Automakers cheered the decision to reopen the so called mid-term review they were promised when the Obama-era gas mileage rules were agreed to in 2011. But they hoped the Trump administration would quickly reach an agreement with California on a new set of rules to prevent a lengthy legal battle that would leave the mpg requirements for the next half-decade in limbo.

"Automakers support year-over-year increases in fuel economy that align with market demand, and we support a data-driven final rule and one national program," Dave Schwietert, interim CEO and president of the Alliance of Automobile Manufacturers, which lobbies for major automakers, told the panel.

Trump administration officials defend the proposed mpg rollback, arguing that the Obama-era rules were based on faulty assumptions about consumer behavior that were based on gas prices being over $4-per-gallon at the time the rule was finalized.

"What we're reconsidering is a standard that is infeasible," Acting National Highway Traffic Safety Administration chief Heidi King said. "Because the forecast and projections that were made in 2012 turned out to be wrong. One of those being that consumers don't want to drive only passenger cars. They increasingly want larger trucks."

The Trump administration has floated the idea of moving revoke a longstanding waiver allowing California and other states to set their own stricter auto emissions standards. Thirteen states and Washington, D.C., have adopted California’s mileage rules, meaning automakers could be left with one set of rules for a quarter of the country and another set for the remaining states.

Revoking California's waiver, which is ensconced in the Clean Air Act, would require a act of Congress that is unlikely with the U.S. House under the control of House Speaker Nancy Pelosi (D-Calif.).

Mary Nichols, chairwoman of the California Air Resources Board, which worked with the EPA under Obama to craft the national mileage rules, said the Trump administration has been inflexible in prior talks about a potential compromise on mpg rules.

"We have met more than a dozen times with members of this administration, including at the White House on multiple occasions, to try to come to resolution," she said. "We have been open to accommodations that would adjust compliance timing and flexibility, that would create new paths to promote innovative technologies and zero emission vehicles, and that would benefit the public. Each time, the Trump Administration has been unwilling to find a way that works."

Some Republicans on the panel were sympathetic to the Trump administration's argument that the Obama-era rules were too stringent for today's auto market and gave California too much power to set gas mileage rules for other states.

"We are a republic, and you talk about in terms of state sovereignty, one state shouldn't dictate what other states do," U.S. Rep. Jeff Duncan, R-S.C., said. "We're a market-driven economy and we are a republic of sovereign states."

"The federal government should not be issues over-burdensome rules that make it too costly to manufacture, or for consumers to purchase, American-made automobiles, especially as the market transitions to trucks and SUVs," he said.