Lordstown Motors Corp. founder Steve Burns doesn't yet own the General Motors Co. assembly complex in northeast Ohio, but he's moving forward with building a team at his newly formed company and preparing to produce an electric truck called the Endurance in that corner of the state.

The United Auto Workers and GM are negotiating a new four-year deal that will decide the future for GM Lordstown Assembly, a sprawling facility that built Chevrolet vehicles for more than 50 years until the automaker ended production there in March. The complex's next chapter could be written by Burns, who wants to establish a headquarters and shape an electric-vehicle manufacturing site at the GM plant. 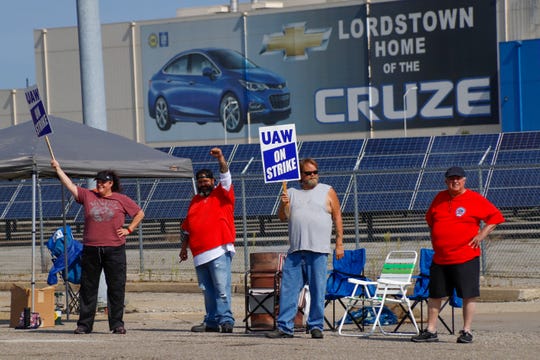 The sale of the complex — opposed by the UAW — is contingent on the outcome of intense UAW-GM negotiations that, so far, have failed to end the union's national strike now in its fourth week against the Detroit automaker. Key issues include base-wage rates, temporary workers and job security guarantees at plants across the country, among other items. 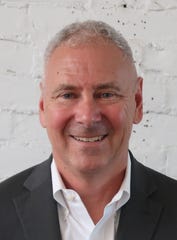 Schmidt worked at the Silicon Valley automaker from December 2012 until June 2016, according to his LinkedIn account. There, he "conceptualized, implemented" and led the manufacturing operations expansion for the Tesla Models S, X and 3. He also previously was manager of paint plant engineering for Volkswagen Group of America.

He spent nearly 16 years at Toyota Motor Manufacturing of Kentucky, where he worked as a plastics project leader. Most recently, Schmidt ran his own manufacturing consulting firm in Tennessee called RS Global Consulting LLC.

"We have been able to attract a great management team," Burns, also the company's CEO, told The Detroit News on Tuesday. "I thought that might be one of the more difficult parts, but there’s a lot of folks out there that have been exposed to electric vehicle engineering."

Burns himself was previously CEO of Cincinnati-based Workhorse Group Inc., an electric vehicle start-up he formed 12 years ago. Workhorse would own roughly 10% of Lordstown Motors and likely would provide potential technology for its planned electric truck, according to industry source familiar with the situation.

GM's Lordstown Assembly sits in northeast Ohio's Mahoning Valley, a blue-collar region working on a comeback after being rocked by the loss of steel mills in the late 1970s and early '80s. But the GM complex, opened in 1966, remained a major employer — until earlier this year.

Outside of the plant itself, the workforce also attracted Burns: "To have a ready-made workforce close by that’s skilled at that sort of labor, that’s hard to get."

Lordstown Motors intends to buy at least a portion of the complex and utilize UAW labor, but under terms of the contract under renegotiation, that could not be finalized until talks end and a new deal is ratified. Since the plant stopped production in March, more than 1,300 of the more than 1,400 hourly employees who worked there have accepted transfers to other plants throughout the U.S.

Burns wouldn't comment on how many people Lordstown Motors would employ if he is able to finalize the plant's purchase, adding: "I tell folks, listen we aren’t buying a facility that large just to make a few vehicles. The intent is to make a lot."

Lordstown Motors would build vehicles for commercial customers, including municipalities and utility companies in need of fleet vehicles. These customers purchase vehicles based on "the total cost of ownership," namely the purchase price, the cost of fuel, insurance and maintenance over time, Burns said. That's why he believes a Lordstown Motors electric truck would be the "least expensive" option for those customers.

Burns' goal: start production of the truck by late next year. The company, he said, is "moving toward that at light speed."