Trump could roll back Obama mpg rules as soon as Tuesday

Trump could roll back Obama mpg rules as soon as Tuesday

Washington — The Trump administration is expected to finalize its plan to roll back stringent gas-mileage rules enacted by the Obama administration as soon as Tuesday.

The administration's plan is expected to call for reducing the required annual fleetwide average mpg increases for carmakers for model years 2021-2026 from the original 5% that would have required under the Obama-era rules, to a less-stringent 1.5%.

The White House had initially proposed a freeze in gas mileage rates at 2020 levels until 2026, but it appears to be retrenching slightly to the current proposed 1.5% proposal for annual increases. Environmentalists and consumer advocacy groups argue the Trump proposal would be a far cry from the the large hikes enacted by the Obama administration. 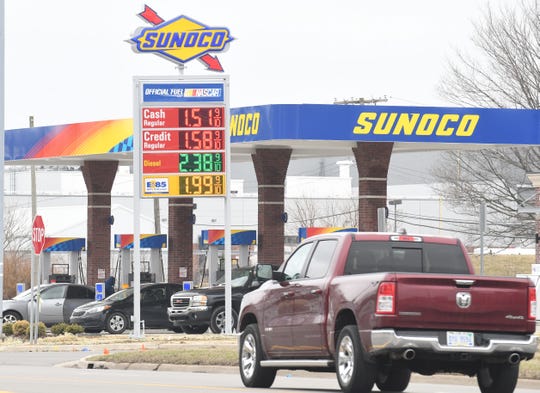 The White House could roll back Obama mpg rules as soon as Tuesday. (Photo: Daniel Mears, The Detroit News)

"Of all the bad things President Trump has done to the environment, this is the worst," Dan Becker, director of the Safe Climate Campaign, said in a statement. "He is rolling back the biggest single step any nation has taken to fight global warming, cut oil use and save money at the pump. He is rejecting cleaner, efficient cars in favor of pollution-spewing, gas-guzzling Trump-mobiles for urban cowboys hauling lattes home from Starbucks."

David Friedman, vice president of advocacy at Consumer Reports, invoked the economic fallout of the coronavirus pandemic to argue that the Trump administration should not be rolling back mpg rules with the economy appearing to be heading for a recession.

"At a time when many Americans are going without a paycheck, it’s unconscionable to approve a plan that will have consumers paying more for gas for years to come," he said. "The rollback of these consumer protections was a bad idea when it was proposed two years ago. Finalizing it now, as we are on the brink of a recession, ignores the long-term financial hardships this moment will have on millions of Americans.”

The Trump administration has said the proposal to roll back stringent gas-mileage rules enacted by the Obama administration will reduce the price of a new car by $3,000. But there is little evidence to back up that claim, and consumer groups say motorists could save more than that in reduced fuel costs and vehicle maintenance if current rules are left in place.

Car prices indeed have climbed since 2012, when Barack Obama's White House finalized rules that would have required automakers to achieve fleetwide averages of more than 50 miles per gallon by 2025. But those increases can be attributed to the inclusion of new technologies such as infotainment systems and safety features — and because buyers are opting for bigger, more luxurious cars and trucks.

The U.S. Environmental Protection Agency and National Highway Traffic Safety Administration estimated in 2018 that keeping the Obama-era mileage rules in place would add $2,340 to the cost of owning a new car, based on estimated savings of $1,850 in average costs related to technologies that would be required to meet higher mpg rules and $490 in savings on ownership costs for financing, insurance and taxes. But those figures are a measure of ownership costs and not sticker price.

Carmakers had asked Trump to take another look at the fuel-economy rules after he moved into the White House in 2017. The rules were put in place by the Obama administration in the wake of the auto bailouts of 2008 and 2009, when the federal government had maximum leverage over the industry after giving $51 billion and $12.5 billion respectively in federal bailouts to GM and Chrysler in 2008 and 2009. Ford Motor Co. did not take federal money.

The Obama-era standards would have required automakers to increase fleetwide fuel economy by about 5% annually toward a goal of 54.5 miles per gallon by 2025. The Obama administration moved to finalize the rules ahead of schedule after Trump's 2016 victory, setting off a chain of events that has led to the current dispute.

Trump went beyond what most automakers were seeking by proposing a freeze that would lock in mpg rates until 2026 at 2020 levels, when carmakers would be required to produce fleets that average about 39 miles per gallon.

California, which helped craft the Obama-era rules, sued over the rollback and also an effort by the U.S. Environmental Protection Agency to the revoke its right to set its own more-stringent mpg requirements. The nation's largest state accounts for 12% of the U.S. auto market. Thirteen states and Washington, D.C., have adopted California’s gas mileage rules.

Ford angered the White House in July when it reached an agreement with California to voluntarily increase the average fuel economy of their fleets from 2021 levels by 3.7% per year, reaching an average of nearly 50 mpg by 2026. Volkswagen, Honda and BMW were also part of that agreement. The U.S. Department of Justice launched an antitrust investigation.

Automakers achieved a record-high average of 25.1 miles per gallon for vehicles made during the 2018 model year, according to data released Monday by the U.S. Environmental Protection Agency. The figure was up slightly from the previous record of 24.9 miles per gallon that automakers averaged in the 2017 model year. But the industry fell short of marks set by the Obama administration, and most manufacturers only remained in compliance with the standards by cashing in credits from previous model years.

Preliminary fuel economy for the 2019 model year, which will not be finalized until 2021, is projected to be 25.5 mpg.

Detroit manufacturers lagged behind foreign-owned competition in meeting the stringent fuel economy standards now under review by the Trump administration.

Under the Obama administration’s rules, automakers face fines of $5.50 for each one-10th of a mile-per-gallon their average fuel economy falls short of the standard for a model year, multiplied by the total volume of vehicles sold. Automakers are allowed to purchase credits from other automakers — like electric-car company Tesla — that come in under the mileage requirements.