Detroit's three automakers, along with the UAW, weighed in on the death of George Floyd and the subsequent protests that have gripped the U.S. over the last week.

The death of George Floyd at the hands of a white police officer in Minneapolis last week, and the subsequent protests against police brutality gripping the nation, have prompted the leaders of Detroit's three automakers to assure their employees the companies are committed to racial justice, according to copies of the letters obtained by The Detroit News.

As of Tuesday, none of the Motor City's automakers had weighed in on the issue publicly. But numerous mobility companies, including Uber, Lyft and electric-truck maker Rivian Motors LLC took to social media to post statements expressing solidarity with the black community.

"To our Black colleagues, our community and friends: We see you," the Plymouth-based manufacturer posted, accompanied by a photo with the Black Lives Matter slogan. "We hear you. We stand with you."

The public statements and ostensibly private communications with employees of many hues and backgrounds underscore just how fraught such social discord can be for employers whose predecessors likely would have been more reluctant to court anything perceived as controversy. Not now, if the moves of corporate giants are any indication. 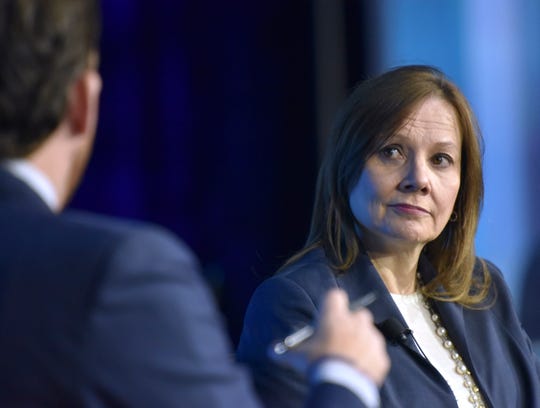 On Sunday, General Motors Co. CEO Mary Barra sent a letter to employees addressing the recent death of Floyd, as well as the deaths of Ahmaud Arbery, a black man who was chased and shot to death by white men while jogging through a Georgia neighborhood, and Breonna Taylor, a black woman who was shot and killed by police in Louisville, Kentucky. The letter was shared with dealers and suppliers on Monday.

"I am both impatient and disgusted by the fact that as a nation, we seem to be placated by the passive discussion of 'why,'" Barra wrote. "Let's stop asking 'why' and start asking 'what.' What are we going to do?"

For GM's part, that means committing to being inclusive, condemning intolerance and standing up against injustice, Barra said. She announced she will commission and lead an inclusion advisory board "of both internal and external leaders" by the end of this quarter.

In a letter to employees Monday, Ford Motor Co. Executive Chairman Bill Ford and CEO Jim Hackett vowed to start "an even deeper dialogue on these critical issues." Leaders of the Dearborn automaker will meet with employees across the company and engage with the Ford African Ancestry Network, an employee resource group dedicated to promoting diversity.

The letter acknowledged the disproportionate toll the ongoing crises of racial injustice and the coronavirus pandemic are having on the company's black employees: "We've seen this disparity among our own Ford team members affected by COVID-19, and the legacy of economic disparities in our own home city of Detroit. It's pain that many of our team members have long felt in their daily lives."

On Tuesday, Fiat Chrysler Automobiles NV CEO Mike Manley sent a letter to employees expressing that he is "deeply disturbed" by recent events in the U.S: "On behalf of everyone at the company, I emphatically reject the hatred and prejudice that still tears at the fabric of our society and which led to the death of George Floyd and so many before him."

The letter goes on to say that large corporations such as FCA "absolutely have the individual and collective power to make a difference." The first step to tackle racism, to which Manley said he and the FCA leadership team are committed, is "to address it openly, honestly and by listening to one another," he wrote. 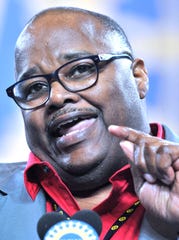 United Auto Workers President Rory Gamble, who is African American, on Monday released a statement directly addressing Floyd's family: "I cannot begin to imagine what you are going through in these hours after your son's tragic and needless death. As a father and grandfather, I want to personally extend my most heartfelt sympathy to your family."

His message was not meant to "vilify" police officers, many of whom are "untold heroes," Gamble added: "But in this case, things went terribly wrong, and we must look at this issue as a nation."

He ended with a call for accountability: "We have a word for it at the UAW: Solidarity."