Roadkill Nights had been the official kickoff for the week

There will be no drag racing on Woodward this year. At least not legally.

The sixth annual Roadkill Nights has been canceled for Aug. 7-8, the latest victim of the COVID-19 pandemic. Roadkill, which shut down a section of Woodward Avenue in Pontiac for legal drag racing, has been the official kickoff for Woodward Dream Cruise week.

A Dodge Charger smokes its tires at last year's Roadkill Nights. The event has been canceled because of coronavirus concerns. (Photo: Daniel Mears, Detroit News)

It joins staples like Mustang Alley and Ferndale's Lights & Sirens Cruise on the sidelines as cities up and down Woodward have canceled their events scheduled for the Aug. 15 Cruise.

The exception is the inaugural Woodward Dream Show which is scheduled to go on as planned Aug.13-15 at Pontiac's M1 Concourse, making it a focal point of attention when cruisers and their families gather later this summer.

Dodge has been a sponsor for Roadkill Nights. Tim Kuniskis, Fiat Chrysler's global chief of passenger cars — and a dedicated cruiser — lamented the cancellation given its status as a “must-attend event for performance enthusiasts for the past five years.”

The rash of cancellations has stoked speculation that the Dream Cruise itself would be canceled, and the Dream Cruise board says it will decide by June 29 whether or not it will give the green light. Civic leaders from Birmingham, Huntington Woods and Ferndale — who have long had a love-hate relationship with the world's biggest traffic jam — have voted for a resolution to cancel the Cruise.

Cruisers are expected to flock to Woodward whether the Dream Cruise is officially canceled or not. Woodward has already been busy, despite COVD-19 concerns, as cruisers have hit the strip and congregated with friends who have a long winter in hibernation.

RoadKill Nights had turned the heat up a notch by shutting down Woodward north of St. Joseph Mercy Parkland hospital and inviting 140 of the top drag racers from around the country to compete for a $30,000 purse in their street-legal rods. Roadkill Nights also offered interactive opportunists for fans to take thrill rides in 700-plus horsepower Dodge muscle cars around the adjacent M1 Concourse. 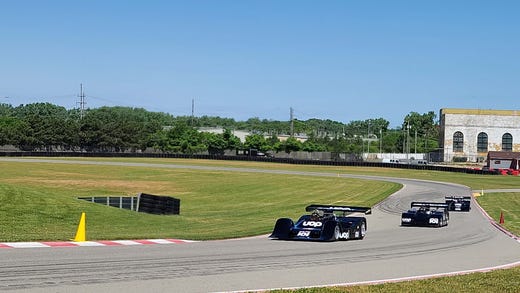 A group of 1970s Shadow Can Am cars do laps around M1 Concourse. The 2021 American Festival of Speed will feature similar cars on the track. Henry Payne, The Detroit News
Fullscreen 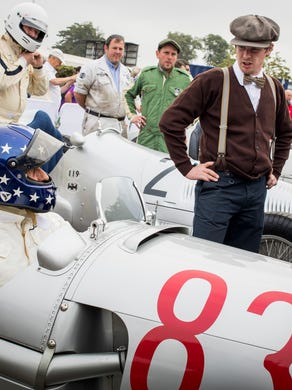 Classic racing cars line up ahead of a race during the Goodwood Festival Of Speed at Goodwood on July 12, 2018 in Chichester, England. Tristan Fewings, Getty Images
Fullscreen 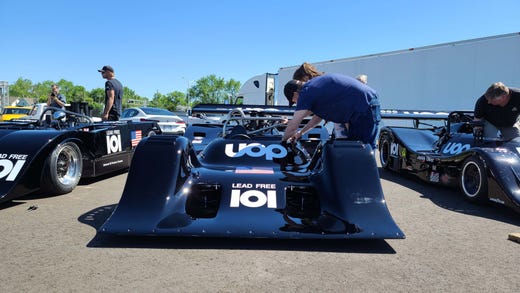 Distinctive cars like this 1973 Shadow will be featured at the 2021 American Festival of Speed in Pontiac - just as Goodwood does in England each June. Henry Payne, The Detroit News
Fullscreen

Long line of cars enter the staging lanes as other cars prepare to race Friday, Aug. 19, 2016, during the Roadkill Nights Powered by Dodge event at the M1 Concourse in Pontiac. Steve Perez, The Detroit News
Fullscreen 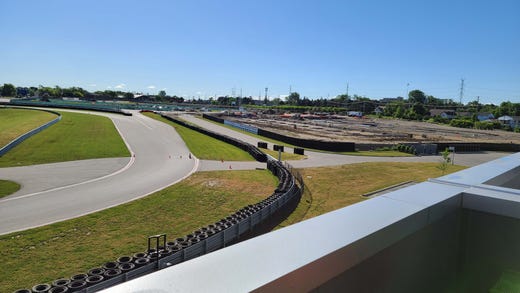 A major events center is being constructed at M1 Concourse in Pontiac. It will help host the 2021 American Festival of Speed. Henry Payne, The Detroit News
Fullscreen

Classic cars go on display during the Goodwood Festival Of Speed at Goodwood on July 12, 2018 in Chichester, England. Tristan Fewings, Getty Images
Fullscreen

Tim Hartge is CEP of Pontiac Motorsports Exposition which will organize the 2021 American Festival of Speed and 2020 Woodward Dream Show. He's shown with his Mustang Bullitt. Henry Payne, The Detroit News
Fullscreen 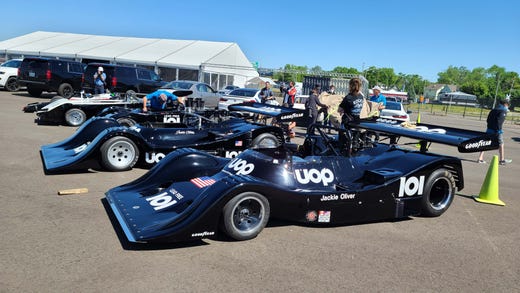 The 2021 American Festival of Speed will carry the theme, "Past, Present, and Future," show-casing classic from yesteryear - like these Shadow Can Am cars - and current models. Henry Payne, The Detroit News
Fullscreen 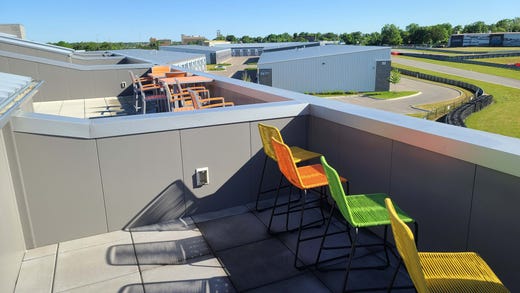 Some car condos at M1 Concourse in Pontiac offer great views of the track. Henry Payne, The Detroit News
Fullscreen

Historic, 1970s Can Am cars like the Shadow featured high horsepower, Chevy V8s. The series was one of the most exciting race attractions in the US. Henry Payne, The Detroit News
Fullscreen

The new Woodward Dream Show  Aug. 13-15 will feature a hot rod contest, supercar shootout on the M1 race track, as well as food trucks and other family activities. The Oakland police will lead a Dream Show parade up Woodward on Aug. 15.

"We will encourage distancing and masks," said CEO Tim Hartge. "Ticketing will be online. Sanitizing stations, gloves, and masks will be available."