Structural changes to the United Auto Workers' training centers jointly operated with Detroit's three automakers, coupled with new U.S. Labor Department rules, could subject the embattled organizations to greater reporting requirements and the highest levels of scrutiny, according to officials.

The training centers have been at the center of a five-year federal corruption investigation into the union for the misappropriation of funds to bribe UAW officials and the misuse of trinkets and trash contracts to solicit kickbacks. 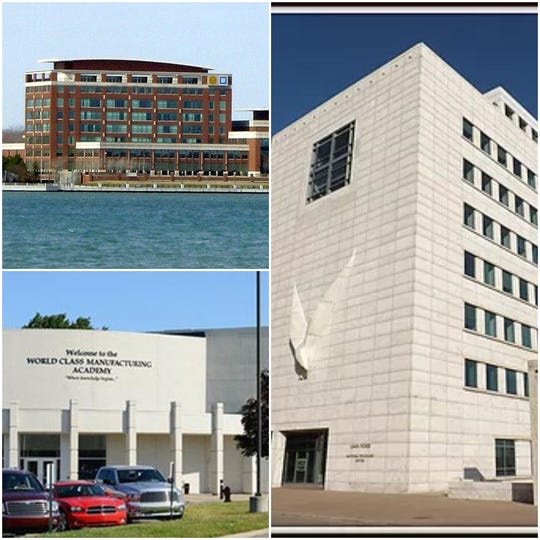 "I think it's a good-faith effort that the two sides are coming together to repair the damage that was done with the corruption," said Jonathon Mason, a 43-year-old production worker at Ford Motor Co.'s Dearborn Truck plant. "They need to get that on track. It's the training center — that's for the future of the companies and the UAW."

The structural changes follow a number of reforms implemented to address corruption within the organizations, including the elimination of training center credit cards, stricter asset and monetary rules, budget reviews, multi-vendor bids for contracts and bans on charitable gifts.

Fourteen people have been convicted in relation to corruption stemming from the training centers. Three former Fiat Chrysler Automobiles NV executives, including Vice President Alphons Iacobelli, have pleaded guilty to embezzling National Training Center funds to pay off UAW officials with lavish trips, private villas and other personal luxuries. The conspiracy has led General Motors Co. to pursue a civil racketeering case against the Italian American automaker, which FCA has called meritless.

The government also has secured three convictions related to UAW officials soliciting bribes from contract vendors for the UAW-GM Center for Human Resources. The structural changes to all three centers will not affect the day-to-day operations of joint activities, the union has held, but they will help to ensure sound oversight and governance.

"The newly reconstituted joint program centers," according to a statement from the UAW, "will protect UAW members by imposing strict fiduciary standards on the conduct of trustees managing the centers and allow UAW members more access to financial information related to the centers."

In place of the current training centers, according to the contracts, will be two Taft-Hartley nonprofit trusts each. Taft-Hartley refers to the Labor Management Relations Act that regulates unions.

"The Taft-Hartley trust structure, which is used throughout the US, imposes strict fiduciary obligations on the trustees of each trust to use assets properly, and makes those trustees personally responsible for meeting their obligations," said Ben Eisner, co-counsel to the UAW-FCA National Training Center, in an email.

"The Taft Hartley structure will hold the people in charge accountable and will provide additional confidence in these valuable and important joint training and other programs."

The reforms will bring a much-needed formal process of scrutiny to the training centers for the first time in 40 years, said Thomas Adams, a retired autoworker who has studied corruption in relation to the training centers for years and is turning his 2010 doctoral dissertation on the subject into a book. But the continued operation of so many joint operations, he believes, should be examined, as well.

“The joint programs are a way to buy influence into the union,” Adams said. “They bought labor peace that way. Instead of representing the interest of the workers, they maintained the interest of the (training centers’) bureaucracy and the largesse to the political machine and the Administrative Caucus,” the union's equivalent of a political party that has represented nearly all of the UAW's top international leaders for 70 years.

The two trusts replacing each center are broken between the responsibilities subject to the Employee Retirement Income Security Act and those that are not. The Labor Management Committees Trusts will cover those that are not, such as health, safety, diversity and inclusion training as well as new-hire orientations.

The second trusts are Voluntary Employees' Beneficiary Associations, or VEBAs. They will oversee programs such as tuition reimbursement and employee assistance. UAW members might be familiar with such associations from the UAW Retiree Medical Benefits Trust launched in 2010 to oversee retiree health-care plans.

The UAW said it began discussions on restructuring the joint program centers with General Motors Co. in early 2019 under former UAW President Gary Jones, who pleaded guilty this month for helping steal more than $1 million from training center funds and member dues as part of a racketeering scheme.

UAW President Rory Gamble "was directly involved in the 2019 negotiations concerning reconstituting the joint program centers with these heightened financial reporting and operational standards," the union said. "Such reforms are in line with the efforts he and the UAW have undertaken to ensure wrongdoing like those uncovered by the investigation never happen again."

The transition to the trusts will take some time, though the administrations overseeing the new arrangement are in the works in hopes of creating "new structures that would enhance transparency and internal controls," FCA said in a statement.

The contract with the Italian American automaker, which was the last to be ratified, set a deadline of July 1 to finalize the structure of the final two trusts, but because of the novel coronavirus pandemic, it has been extended until Sept. 1. The March 31 deadline in the UAW-Ford contract also has been extended, according to the Dearborn automaker. GM's deadline was the earliest and was unaffected by the virus.

The boards of the trusts will be split evenly in representation between the union and the automakers. Like the current training centers, the trusts must file publicly available tax returns with the Internal Revenue Service. They also will undergo annual financial reviews by independent auditors, a practice only recently implemented at the training centers since the federal government's investigation into the UAW began.

The VEBA trusts, in particular, will have additional scrutiny under the Employee Retirement Income Security Act, a federal law known as ERISA that establishes standards for retirement, health and other benefit plans in private industry.

The duties of the fiduciaries that operate plans or trusts regulated by ERISA are the "highest known to the law," according to the U.S. Supreme Court.

"Every dollar, every penny is a plan asset under ERISA," said Paul Catenacci, an ERISA specialist and partner at Novara Tesija and Catenacci PLLC law firm in Troy. "You're not allowed to do anything, you're not allowed to spend a penny unless there is a specific exemption that allows you to do that."

ERISA gives the U.S. Labor Department extensive oversight powers that allow it to conduct an audit or look at an organization's books almost at any time. It also often requires additional public disclosures on an organization's service providers, direct and indirect compensation and investments.

Trustees responsible for organizations subject to ERISA must operate the organizations in the interests of the beneficiaries alone. Fiduciaries are expected to diversify the trusts' interests, avoid conflicts of interest and have written documents with specifics on how to spend the money. ERISA also provides the courts the power to take action against fiduciaries who do not meet conduct protocols, including making them personally liable to recover losses.

Contracts typically must undergo strict requests for proposals processes, Catenacci said. Fiduciaries are expected to monitor all professionals they hire.

"Trustees should be actively engaged," Catenacci said. "If there is a manager underperforming, they're expected to ask, 'Should we make any changes in those professionals?' They should be answering those questions. They can't put the plan on autopilot."

ERISA also provides beneficiaries the right to access all documents for funded programs under the plan or trust. They can appeal procedures if they believe they have not received the benefits to which they are entitled.

Additionally, ratified contracts ban promotional items for the training centers and give the automakers sole exclusive discretion to accept, modify or reject expenditures approved by the trusts' leadership.

The Labor Department also is using the corruption in the training centers as justification to require labor organizations to report on funds that they not only exclusively control but over which they exercise domain. Such disclosures under From T-1 were abandoned under the Obama administration.

"The disclosure created by the form would help protect the financial integrity of union training centers and other union funds set up to benefit rank-and-file members," the Office of Labor-Management Standards wrote in May 2019 to propose the new rule.

The department finalized Form T-1 in March. The additional disclosures include details on receipts, disbursements, and employee compensation. They are meant to help workers "maintain democratic control over their labor organizations and ensure a proper accounting of labor organization funds," according to the rule. It, however, does contain an exception for trusts subject to ERISA.

"The UAW acknowledges and appreciates the U.S. Dept. of Labor’s recent efforts to increase financial transparency in labor-related trusts and entities such as the joint program centers," the UAW said in a statement.

"The bargained agreements providing for the reconstituted joint program centers will afford UAW members greater access to financial information related to the centers than the newly announced DOL reporting rule, and much sooner as well."

The 2019 contracts with the automakers also put the UAW-FCA training center in Warren and the riverfront UAW-GM Center for Human Resources in Detroit on the sale block. The companies will provide space at other facilities to conduct joint activities. The Detroit building housing the UAW-Ford National Program Center will continue to support training programs.

In March, more than 70 employees were laid off at the GM center because of its closure. An independent appraiser has assessed the property for the FCA center off Nine Mile, and Eisner said a real-estate professional has supplied a marketing plan to "make sure that any sale is appropriate and fair."