Reid Bigland will replace Harald Wester, who will retain his role as the automaker’s chief technology officer 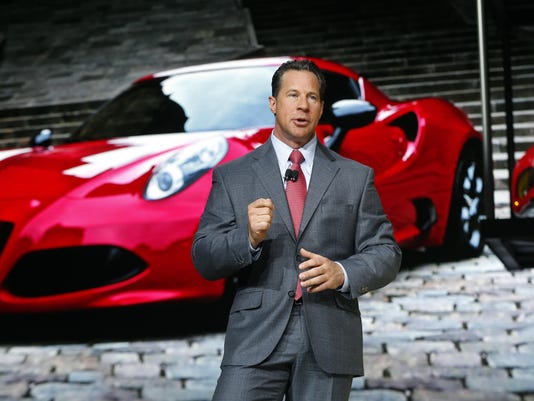 Fiat Chrysler Automobiles NV is promoting a well-known executive from its North American operations to lead Alfa Romeo and Maserati in an effort to accelerate global expansion of the brands and new technologies for the company.

The automaker on Tuesday announced Reid Bigland will replace Harald Wester as CEO of both famed Italian brands. Wester, who has led Maserati since August 2008 and Alfa Romeo since January 2010, will continue his role as Fiat Chrysler chief technology officer.

The appointments are effective immediately. The company says the change will will allow Wester to “devote his full attention to the role of chief technology officer for FCA.”

Fiat Chrysler CEO Sergio Marchionne thanked Wester for his leadership and establishing “a sound technical framework for our two premium brands,” and said it’s time to look toward “the global commercial expansion” of Alfa Romeo and Maserati.

“Reid has an extraordinary record of growing sales and market share in the U.S. and Canada over the last seven years at FCA, including leading the growth and positioning of the Ram and Dodge brands for part of that time,” Marchionne said in a statement.

Maserati, following a record year in 2014, has experienced declining revenue — particularly over the delayed launch of the Levante, the brand’s first-ever SUV.

After announcing an ambitious 5 billion-euro global revitalization of Alfa Romeo in 2014, the brand has experienced delays in launching eight new products by 2018. That plan has since been re-evaluated and pushed back to 2020.

Bigland is one of a handful of executives to thrive under Marchionne’s management matrix that has top-ranking executives in multiple leadership roles.

Since joining the company from Freightliner in 2006 as chairman, president and CEO of FCA Canada, Bigland’s responsibilities have continually increased. Marchionne has used Bigland as a utility executive, from leading Dodge and Ram Truck brands to head of U.S. sales and North American fleet operations (all since 2011).

The changes underline the importance of technology in the automotive industry, as so-called “disruptors” such as California electric vehicle manufacturer Tesla Motors Corp. and traditional tech companies like Google and Apple Inc. enter the industry.

Both Wester and Bigland will remain members for Fiat Chrysler’s Group Executive Council, the highest decision-making body for the company outside its board of directors.