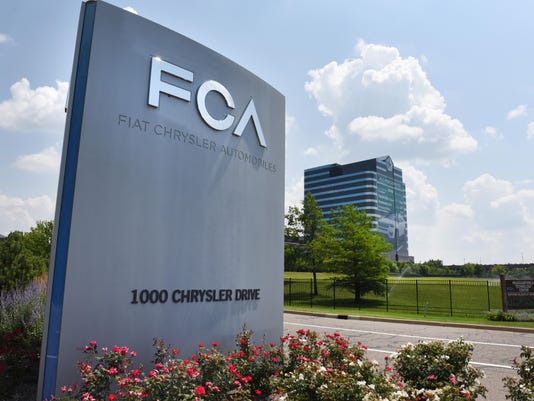 The disclosure comes at a crossroads in a prosecution that has led to seven convictions. More people have been linked to the scandal, including the late Fiat Chrysler CEO Sergio Marchionne, UAW President Gary Jones, former General Motors Co. Director Joe Ashton, UAW Vice President Cindy Estrada, former UAW President Dennis Williams and former UAW Vice President Norwood Jewell, none of whom has been charged.

"And the investigation and prosecution are far from over," Assistant U.S. Attorney Erin Shaw wrote in the court filing.

"This is ratcheting up the pressure and says the UAW and Fiat Chrysler were more deeply involved than we’ve seen to this point," Henning said.

Federal agents launched the investigation more than three years ago and have focused largely on Fiat Chrysler executives buying labor peace by lavishing union officials with money and illegal benefits.

The investigation emerged publicly in September 2015 when prosecutors filed paperwork seeking to seize the homes of Iacobelli and Monica Morgan-Holiefield, the widow of UAW Vice President General Holiefield. The paperwork was filed almost two years before the duo were indicted and accused of conspiring to siphon money from the UAW-Chrysler National Training Center. 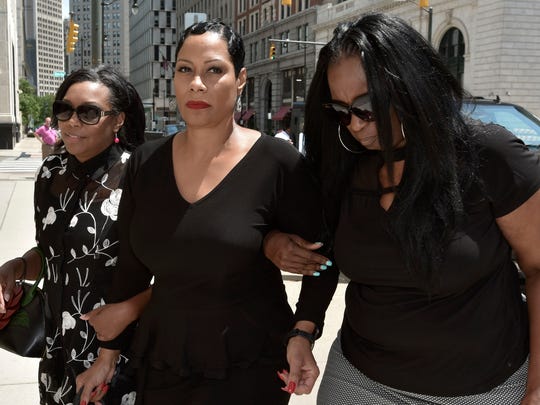 Monica Morgan-Holiefield, center, is escorted by two unidentified women as she enters the federal courthouse in downtown Detroit on July 13, 2018, for her sentencing hearing. (Photo: Todd McInturf, The Detroit News)

Morgan-Holiefield pleaded guilty to a tax crime and was sentenced in July to 18 months in federal prison.

"People expect everyone to be indicted at once but corruption cases never work that way," Henning said. "Three years is not an especially long time given the number of different corruption cases in Michigan. There's plenty of work to go around."

Since the first auto-industry indictment was issued in June 2017, the investigation has widened to include training centers run by the UAW, GM and Ford Motor Co. Investigators from the FBI, Labor Department and Internal Revenue Service also are probing whether UAW leaders misspent member dues on lavish travel expenses in Palm Springs.

Tour golf courses and resorts frequented by UAW officials in Palm Springs, Calif., where the union has spent more than $1 million in recent years. The Detroit News

Investigators also are questioning whether labor leaders at GM and Ford received money or benefits through their tax-exempt nonprofits — an allegation that emerged in summer 2017 involving Fiat Chrysler and Holiefield, the late UAW vice president.

Iacobelli pleaded guilty in January to one count of conspiracy to violate the Labor Management Relations Act and one count of subscribing a false tax return. As part of his 5 1/2-year prison sentence, Iacobelli agreed to pay $835,523 to the IRS.

The Chrysler-UAW National Training Center wants the money, arguing it is a victim of the conspiracy. Prosecutors, however, have labeled the UAW, Fiat Chrysler and training center unindicted co-conspirators and said the training facility was used to funnel illegal payments from Fiat Chrysler to UAW officials.

"The (training center) was critical to the operation of the Taft-Hartley conspiracy to buy labor peace, serving as an instrument to conceal illegal payments under the benevolent guise of training workers and ensuring their health and safety," Shaw wrote. 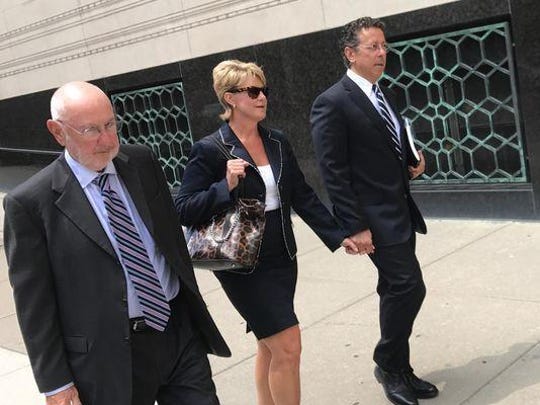 When Iacobelli was sentenced in August, Assistant U.S. Attorney David Gardey referenced the ongoing investigation and said Iacobelli was cooperating.

"Mr. Iacobelli's cooperation is not complete as to certain targets, both individuals and entities, and it's possible that if Mr. Iacobelli's ongoing cooperation proves to be of substantial assistance in these additional matters," the former Fiat Chrysler vice president could get a reduction in his prison sentence, Gardey told U.S. District Judge Paul Borman.

Iacobelli also is fighting the training center's attempt to receive the restitution money. The center is not entitled to the money, Iacobelli's lawyer David DuMouchel wrote in a separate court filing Monday.

He noted that six members of the UAW-Fiat Chrysler National Training Center's governing board have pleaded guilty to crimes, including Iacobelli and Jerome Durden, a former FCA analyst.

"This was a situation in which so many board members and other employees of the NTC were involved in the conspiracy, and to such an extent, that corruption was pervasive within the NTC and had been for many years, and the entity must therefore be recognized as a direct participant in the scheme itself," he wrote. "Without the NTC, this scheme could not have been carried out."

The UAW has said the illegal payments cited by prosecutors did not influence the collective bargaining process.

"There are many layers of checks and balances in our contract negotiations and ratification, including membership voting, and we are confident the terms of our UAW contracts were not impacted by Iacobelli’s fraudulent conduct at the NTC," the UAW said in a statement.

A statement from Fiat Chrysler reiterated that the company considers itself a victim of Iacobelli and other "rogue individuals."

"FCA US also confirms that the conduct of these individuals – for their personal enrichment and neither at the direction nor for the benefit of the company –  had no impact on the collective bargaining process," the statement reads. "Rather, the behavior involved a small number of bad actors who stole training funds entrusted to their control and co-opted other individuals who reported to them to carry out or conceal their activity over a period of several years.”