To be eligible to apply early, Detroit residents must attend one of the more than 400 job readiness events Detroit at Work is holding

Detroit — Detroit residents will have a second chance in April to apply before others for jobs at Fiat Chrysler Automobiles NV's new assembly plant on the city's east side.

Some 3,500 Detroiters already have been invited to interview with the automaker for the positions, but the company has 3,850 new positions to fill at the plant and eventually another 1,100 at the adjacent Jefferson North Assembly Plant. And not all of the 12,000 candidates who pre-qualified to apply followed up with applications. 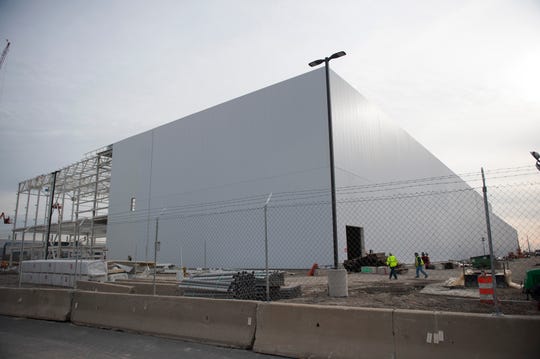 "We want as many of the 5,000 jobs as possible to go to Detroit residents,” Mayor Mike Duggan said in a statement. “These are the kinds of opportunities that can lift families who may be struggling right into the middle class and allow them to build a career.”

To be eligible to apply early, Detroit residents must attend one of the more than 400 job readiness events Detroit at Work is holding through March. Its eight career centers already are running events daily from Monday to Friday. Other community events also are being added at http://detroitatwork.com/FCA where job seekers should register to attend. They will receive an email to complete the registration process.

Candidates should arrive 15 minutes prior to the event's beginning, and they must successfully complete the required activities to receive a link to apply. Attendees must bring a state or federal photo ID as well as a bank statement, utility bill, or a mortgage or lease agreement to prove they are over the age of 18 and a Detroit resident. The candidates also must have a high-school diploma or equivalent and pass a physical and drug screen, including marijuana.

If successful, the company will email them a link to apply for jobs in April. More than 12,000 candidates were pre-qualified in 2019. Those who did pre-qualify and did not apply by the September deadline will be able to do so in April without attending another job readiness event. They still may attend to brush up on math, mechanical reasoning and interviewing skills.

After further vetting of the applicants last year, 3,500 have been asked to be interviewed. Interviews for production operators will begin in the next few months. Applications have not yet been opened to non-Detroit residents.

“There are still many more opportunities for Detroiters to be part of this exciting next chapter in the Company’s history in Detroit, which is why we’re opening another application window," Mark Stewart, the automaker's chief operating officer in North America, said in a statement.

The new assembly plant is expected to begin production during the last three months of the year, though laid-off employees who previously worked at the facility when it was the Mack Avenue Engine Complex will return for work first.

Fiat Chrysler last year committed in its community benefits agreement to give Detroiters the first chance to apply for open jobs at its new $1.6 billion plant and at Jefferson North, which will receive a $900 million investment.