North American plants will ramp-up progressively, with fewer workers in some areas due to coronavirus safety procedures

Fiat Chrysler Automobiles NV expects to begin restarting most plants in North America the week of May 18 after reporting a net loss of $1.84 billion (1.69 billion euro) in the first three months of the year.

The COVID-19 pandemic temporarily shut down all of the Italian American automaker's plants from China to South America, contributing to a 16% year-over-year decrease in revenue to $22.3 billion (20.6 billion euro). Adjusted pre-tax earnings were $56.3 million (52 million euro), down 95%. The results illustrate the crippling nature of the outbreak on automakers' bottom lines, despite the production suspension in North America lasting less than two weeks of the first quarter. 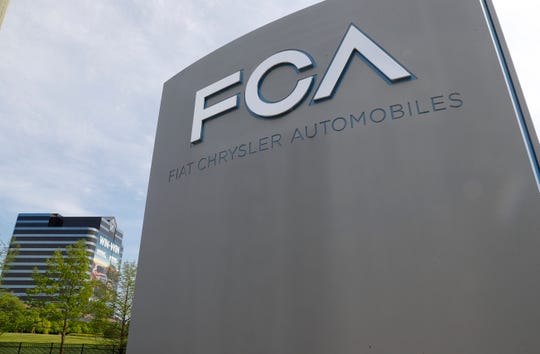 "These are unprecedented times, and I think we have learned a huge amount already," CEO Mike Manley said Tuesday on a conference call. "When I say I want to emerge from this stronger than when we came into it, to some extent you may think that is a flippant remark, but I think if you don't try to learn from these situations because you are forced into experimentation to a large extent."

North American plants will ramp-up progressively starting the week of May 18 except for Belvidere Assembly in Illinois, which will begin by June 1. Additional safety procedures may require a reduction in jobs per hour, the company said, and it will align production with consumer demand. Electrified, high-margin and low-inventory vehicles will take precedence.

"This plan has been developed following continuous discussions with the UAW and the governors of the states with which we operate, particularly Gov. Whitmer from Michigan," Manley said. "This is a reflection of the progress that has been made in our home state and the complementary safety measure we are adopting in our plants."

Neither General Motors Co. nor Ford Motor Co. publicly have committed to a restart date, though discussions with the state of Michigan appeared to be coalescing around May 18, according to a source familiar with the situation that was first reported by The Wall Street Journal.

But that depends on complex coordination by automakers with suppliers, conflicting stay-at-home policies in various states and the political and public health agendas of at least three national governments: Mexico, Canada and the United States.

Fiat Chrysler did restart one of its plants and supporting components operations last week in Italy. North American executives expect to mirror here the rollout of new health and safety protocols from there and in China.

Twenty-two FCA employees have died from the COVID-19 outbreak, Manley said. At least 16 of those were United Auto Workers members, according to the union. The rollout of additional safety measures in China, however, has been successful there, Manley said.

UAW President Rory Gamble in a statement said when it comes to start dates, the automakers "contractually make that decision and we all know this day would come."

"We continue to advocate for as much testing as possible at the current time and eventually full-testing when available," he said. "Our UAW focus and role is and will continue to be, on health and safety protocols to protect our members."

But with no cars, trucks or SUVs rolling off North American assembly lines into late May — halfway into the second quarter — Fiat Chrysler has withdrawn its $7.8 billion pre-tax earnings 2020 guidance it set in October. The company said it will provide an update when it has "better visibility of the overall impact of the crisis," though it expects the virus's impact to be even worse on the second quarter.

Other targets also are moving. Key product launches are being delayed by three months, though no programs have been canceled to date. Major construction projects, including at its new assembly plant on Detroit's east side formerly occupied by the Mack Avenue Engine Complex and at the Warren Truck Assembly Plant, paused because of the virus. It also has halted nonessential projects that were in development to conserve on cash, putting nearly 2,000 supplemental contract workers out of a job across North America.

The automaker, however, said it remains committed to merging with French automaker Groupe PSA of Peugeot and Citroën by the end of the year or in early 2021.

"At this time, all the terms and conditions we agreed to as part of the merger process have not changed," Manley added.

Fiat Chrysler's shares in Tuesday afternoon trading were falling by 0.4%, as market indexes were climbing. Its stock remains down about 44% year-over-year.

Results in January and February were in-line with the company's expectations, Manley said. During the first quarter, Fiat Chrysler performed better than the industry overall, increasing its U.S. market share to 13%, according to Cox Automotive Inc. Its average transaction price climbed nearly 7% to $40,894, a record for the first quarter, according to Kelley Blue Book, though incentives spending rose 12% to $4,986 per vehicle. Ram was the only brand to see a sales increase with its pickups climbing 7%, but it was not enough to stop GM's Chevrolet Silverado from regaining its sales lead.

"When I look at vehicles we're selling, clearly it's dominated by what I would call vehicles that are required for work, so maybe not as discretionary as replacing a sedan or something like that," Manley said. "That's why truck sales have held up. Some of the heavier, large SUVs have held up, as well."

Gains in U.S. market share in April, however, have reduced the company's inventory level to about 470,000 vehicles, Manley said. As a result, some configurations, especially among trucks, may be unavailable.

Fiat Chrysler's industrial-free cash flow dropped to a negative $5.5 billion (5.1 billion euros). Cash is critical for automakers to weather the production shutdown and is an asset analysts are watching closely. Available liquidity totaled $20.2 billion (18.6 billion euros) at the end of the first quarter.

The automaker has taken several steps to preserve cash. It took out a loan of $3.8 billion in credit facilities in April. A resolution on a $1.2 billion (1.1 billion euro) dividend has been postponed to late June along with FCA's annual general meeting.

In addition to halting some projects and lowering marketing spending, executives are taking pay cuts and salaried employees are seeing 20% of their incomes deferred for up to three months. Overall personnel costs halved during the plant shutdown.

The company approximates a $1.08 billion (1 billion euro) decrease in capital expenditures and $2.17 billion (2 billion euro) in eliminated operating costs for the year.

Manley also advocated for some sort of stimulus to help kickstart vehicle sales. He also emphasized the need for leniency when it comes to carbon emission standards, especially in Europe.

"I think the regulators," he said, "really need to do something to recognize what happened and to make sure we get back to a level playing field to enable people to make the transition to Euro 6d in a controlled way without destroying prices."

Fiat Chrysler last reported a net loss in the third quarter of 2019 because of expenses related to changes in plants in Europe and at its premium Alfa Romeo brand, but the company had record pre-tax earnings in North America for those three months.