Ford redesigns the Focus for a global market

The all-new Ford Focus goes on sale in Europe and China later this year, and hits the U.S. in 2019

Ford redesigns the Focus for a global market 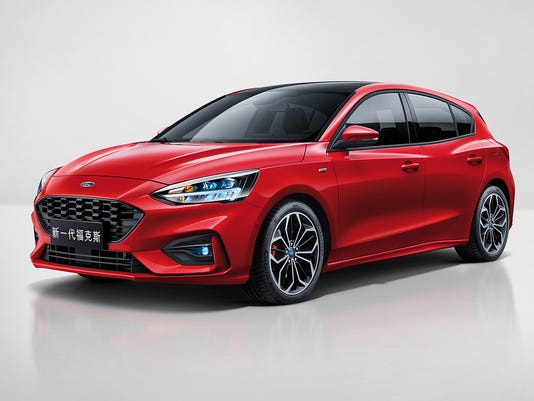 Ford Motor Co. on Tuesday showcased an all-new global-platform 2019 Focus, giving hints as to what the the car will look like in the U.S. when it arrives next year.

Details of the all-new platform came Tuesday at press events in Europe and China. The car goes on sale in those markets this year, and will hit U.S. dealers in the second half of 2019. The Focus for North America will be manufactured in China and imported to the U.S., a first for Ford.

While the company plans to launch four-door sedan, five-door wagon and five-door hatchback body styles in Europe and China, it didn’t say which of those models would be available in the U.S. The company will also launch a luxury Focus Vignale, a sporty ST, an “adventure-oriented” Active trim and a Titanium trim in Europe. The ST and Titanium will be sold in China.

This is European version of the 2019 Ford Focus ST. Ford has not said what versions of the Focus will be sold in the U.S. (Photo: Ford)

The redesigned Focus will hit the U.S. market amid a lineup revamp at Ford. The company has said nearly 90 percent of the vehicles it sells by 2020 will be SUVs, trucks or commercial vehicles. 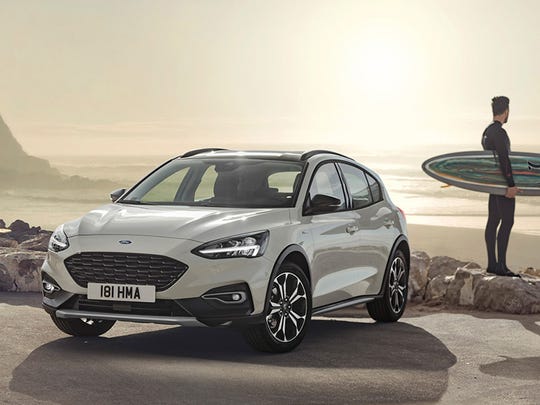 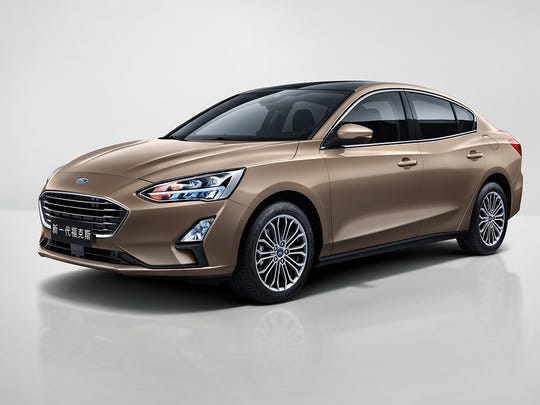 But the company has been adamant that cars will still be a part of its product offerings. Ford spokesman Mike Levine did not offer specifics on which of the new Focus trims or body types would be sold in the U.S. next year. The previous generation Focus had several trim levels and performance options.

As Ford CEO Jim Hackett pushes for financial and operational “fitness,” the company is cutting back orderable combinations on other vehicles. It is unclear how many Focus options will be available on the new global platform. The company said it has reduced the number of configurations by 92 percent compared to the previous generation.

Depending on the market, the combinations shrank from 360 to as few as 26, according to a statement. The company said the car is more “refined” and “upscale.”

The global platform gets standard drive-mode technology that allows a driver to toggle between normal, sport and eco modes. In China, it gets a 1-liter EcoBoost engine option or a 1.5-liter EcoBoost option. In Europe, there will be a 1.5-liter EcoBoost gasoline engine, or a 2.0-liter EcoBlue diesel. All of those are mated to an 8-speed automatic transmission.

The company did not say which powertrains would be available on the North American model.

Ford and other Detroit automakers are cutting back sedans in favor of bigger, profit-rich SUVs and trucks. It’s expected that Focus will be one of two surviving sedan models as the the U.S. auto industry moves toward larger vehicles.

The Detroit News has reported that Ford is expected to ax at least two car models. The company in November canceled the 2020 redesign for the North American Fusion. That doesn’t mean Ford will drop the nameplate. Ford executives are rethinking the next-generation Fusion for this region, and that could include shifting the model name to a different vehicle architecture. 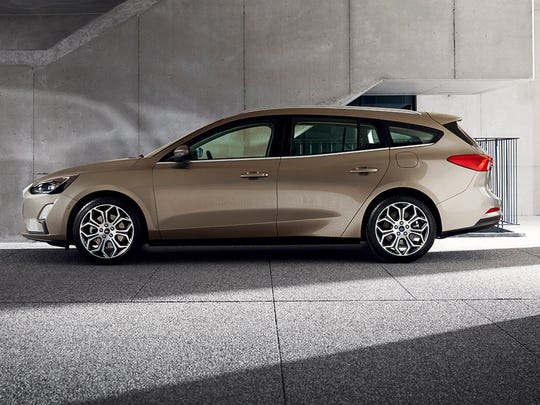 The Focus for Europe and China will have a longer hood and a “strong” on-road presence. It looks larger than the previous generation, but its dimensions have not changed, the automaker said. The interior is revamped for more room and cargo space.