Ford profits down nearly half due to supplier fire, China

Losses in China and a fire that disrupted F-150 production means Ford's second-quarter profits were down nearly $1 billion.

Ford profits down nearly half due to supplier fire, China 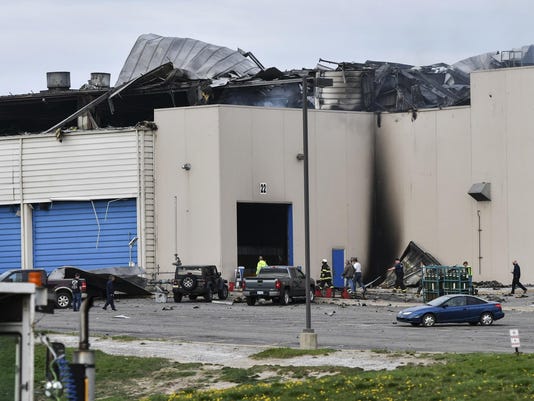 Ford Motor Co. blamed a May supplier fire that disrupted F-150 production for days, as well as poor performance in China for second-quarter profits that were down nearly $1 billion compared to a year ago. The company said it could spend $11 billion over the next three to five years to spur profits around the globe.

The Blue Oval on Wednesday teased plans that hinted at the big moves analysts and Wall Street had been begging for. Ford plans to at least significantly shrink spending in unprofitable markets like South America or the Middle East and Africa in favor of markets where the automaker sees returns. Chief Financial Officer Bob Shanks and CEO Jim Hackett offered no specifics on which markets would account for the $11 billion in anticipated charges.

"I’d like nothing better than to give you visibility," Hackett said. "We only can share information publicly once decisions are made... It’s not as simple as just pulling the plug and exiting markets."

Ford made $1.1 billion in the second quarter of 2018, a nearly 50 percent decrease compared to last year. The Dearborn automaker also lowered its full-year earnings guidance, blaming a "challenging quarter" in its Asia Pacific and European markets.

Shanks said the company has a road map of "where to play" in the future, which will require restructuring that could potentially cost the company $11 billion on its earnings before interest in taxes over the next three to five years.

He said for the company to have identified a dollar amount and a time frame, it has a view on where it will need to invest and where it will not invest in the future.

The automaker reported the fire at the Meridian Magnesium Products plant in Eaton Rapids cost the company $591 million. Shanks also said rising steel and aluminum costs due to tariffs cost the company roughly $145 million, and estimated it would incur about $500 million to $600 million in costs in 2018 due to the ongoing trade war.

But the bigger issue was the $483 million it lost in China during the second quarter.

There is "a lot of work ahead of us in China," Ford Chief Financial Officer Bob Shanks said.  "We're very disappointed in that result."

President of Global Markets Jim Farley said second-quarter results in both Europe and the Asia Pacific markets — responsible for driving down full-year projections — were unacceptable, and the company was in the middle of a multi-faceted plan to drive profits in those markets.

Both markets are suffering from product lineups in those regions ill-suited for the respective customers, Farley said. Ford desperately needs new SUVs in China, for example.

"We have to redesign Europe," Farley said. "We understand the importance of getting our China business back on track."

The results come during a tough transitional period for Ford, according to industry analysts. Not only is the company undergoing internal shifts to the organizational structure, but its sales are slipping compared to a year ago due to an aging product lineup, the brand is not performing in China compared to a year ago, and the company is still nearly a year away from a product-launch gambit expected in 2019.

And the entire industry is facing headwinds as sales plateau.

The second-quarter results were announced a day after Ford detailed plans to create a separate unit within the company for its autonomous vehicle business.

The second quarter results come roughly 14 months into Hackett's tenure as CEO, and amid continued cost-cutting and evaluations within the Dearborn-based automaker.

The company plans to trim $25.5 billion in operating costs by 2022 and cut its North American passenger car lineup by more than 80 percent, eliminating the Taurus, Fiesta, Fusion, C-Max and Focus sedans within a few years, and replacing at least the Focus and Fusion sedans with crossover wagons.

Ford plans to add five all-new SUVs over the next two years, along with the 2019 Ranger midsize pickup that debuted at the Detroit auto show in January. The company plans for nearly 90 percent of its vehicles sold in 2020 to be a truck, SUV or commercial vehicle.