Ford stock has outperformed GM, FCA and Tesla this year

Ford stock has outperformed GM, FCA and Tesla this year 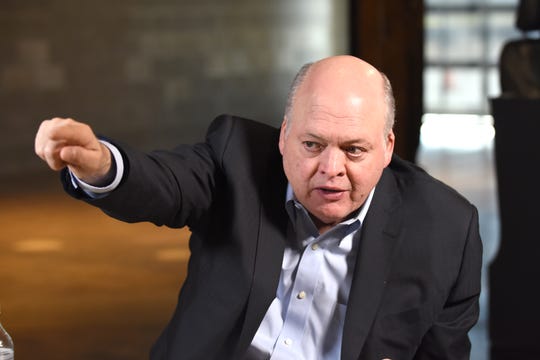 Ford Motor Co. shares have outperformed General Motors Co., Fiat Chrysler Automobiles and Tesla Inc. since the first of the year. Some experts say that's a sign that the Dearborn automaker is showing Wall Street the details they want to see.

Ford shares closed up 17% year-to-date Friday. GM was trading up 16%, and Fiat Chrysler closed up 8% in that same time frame.

Ford also paid out roughly $600 million to shareholders on March 1 as part of the regular 15 cents per share dividend. The stock performance comes as CEO Jim Hackett announced continued restructuring moves in Europe and China, and the automaker posted stronger U.S. sales than its competitors

"Ford this quarter is outperforming the competition," said David Kudla, CEO of Grand Blanc-based Mainstay Capital Management LLC. "They certainly did very well compared to their other big competitors on that market segment."

It's a turn of events for the automaker that saw its stock hit a six-year low in October. Ford in the first quarter continued to announce plans for a global restructuring, outlined a global partnership with Volkswagen AG and said it would pump money into its Flat Rock Assembly plant to build electric vehicles. That's resonating on Wall Street, according to Kudla. 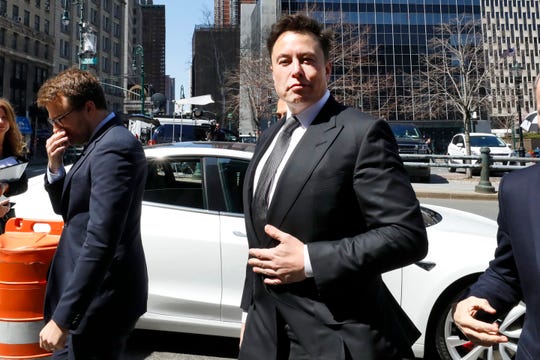 "The legacy business has been good for Ford," Kudla said. "We've seen some clear vision. (Last year) there was action and strategy out of GM that we weren't seeing from Ford. "Well, we're seeing that now."

Hackett will mark two years as Ford CEO at the end of May. He was appointed to bring change to the automaker and jump-start a stock price that was stuck in neutral. The stock price is still down from the $11.11 per share it was when he was appointed. But Hackett told The Detroit News that investors would come around once he got the business in order.

"You prosper if you get it right," Hackett said in a March interview. He stressed that he didn't want to communicate his plans to Wall Street before he had effectively communicated everything in-house. "You don't want to worry about the wrong things. The stock is a consequence of method and strategy... We couldn't tell Wall Street because we couldn't get ahead of the constituents."

Meantime, one automotive stock that had out-performed the Detroit Three for years is hitting a wall. Tesla stock traded down 11% year-to-date Friday.

The Detroit automakers are making money on big trucks and SUVs as U.S. consumers continue their swift departure from the sedan market, Kudla said. They also have fresh offerings coming. Tesla has aging product, it's selling fewer vehicles and the vision for the future is almost non-existent, Kudla said.

"This is as good as it gets for Tesla," said Kudla. "They have no new product in the pipeline to speak of. They have a veritable wave of competition coming. Their product is waning now, and the competition hasn't even gotten here yet."

Other investment analysts have suggested the established automakers might be better investments, too. Morgan Stanley analyst in a Friday note to investors wrote that while automakers might not report great results for the first quarter of the year, policy changes, a resurgent Chinese market and calming trade tensions could be a boon for the automakers that have fallen out of favor with investors.

Jonas wrote to remain "cautious on the sector" but the stocks could rally this year. In an April 1 note, Jonas, who's repeatedly criticized Ford and Hackett for a lack of clarity in recent years, wrote that he has an "ever so slight budding interest in Ford" given its first-quarter stock performance.

"If we continue to see these types of developments, they're going to have a much better 2019," Kudla said. "We're seeing more of what Wall Street and investors wanted to see."

There are several moves expected in the first half of 2019 that could continue the momentum. Ford and VW have yet to announced specifics of a pending partnership on autonomous vehicles. The automaker is expected to finalize its salaried headcount reduction by the end of the second quarter.

Ford is at the peak of a product cycle that will refresh 75 percent of its lineup and introduce new vehicles by the end of 2020. The automaker will announced first-quarter earnings results at the end of April. Hackett has called 2019 a year of "execution." And he told The News he expects his direction for the company will become clear to critics this year.

"We're breaking through that crust," Hackett said. "Wall Street's on that list somewhere."