The top-selling pickup has been added to a suit alleging Ford misrepresented pickup fuel economy. The lawsuit seeks $1.2 billion in damages. 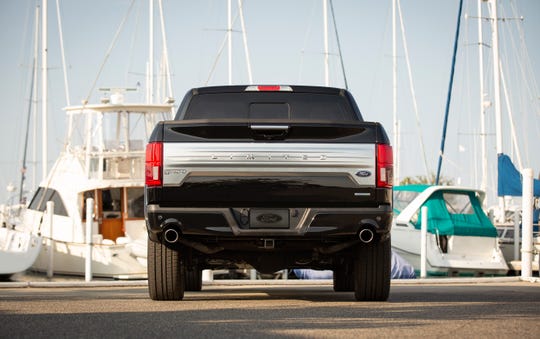 The Ford F-150 has been added to a class-action lawsuit that alleges the automaker misrepresented the fuel economy of its pickups. (Photo: Ford)

The top-selling Ford F-150 pickup has been added to a class-action lawsuit that alleges Ford Motor Co. misrepresented the fuel economy of its pickup trucks and deceptively advertised the trucks' fuel efficiency.

The lawsuit seeks $1.2 billion in damages for the alleged fuel economy fraud. Originally focused on the 2019 Ford Ranger, the suit was initially filed less than two weeks after Ford disclosed in a regulatory filing with the Securities and Exchange Commission that the Department of Justice had opened a criminal investigation into Ford's emissions certifications processes.

The suit has now been expanded to include the 2018-2019 F-150 series trucks. Litigants say it could later be expanded to "likely also include other Ford vehicles."

A Ford representative said the automaker had not yet seen the complaint.

"... We typically don’t comment on pending litigation," said T.R. Reid, director of corporate and public policy communications at Ford. "However, based on reports, this appears to be similar to two other recent filings by the same law firm in the same court.  In any case, it’s important to not confuse claims with merit."

In February, Ford said it had opened an internal investigation to check whether faulty computer modeling had caused the automaker to misstate fuel economy estimates for some vehicles.

Ford’s fuel economy promises are all smoke and mirrors," Steve Berman, managing partner of Hagens Berman, one of the firms that filed the lawsuit, said in a statement.“Ford’s lies about the F-150 are masking the truth: consumers are paying far more for these trucks than meets the eye. Over the lifetime of the vehicle, we believe F-150 owners are paying more than $2,000 more for fuel because of Ford’s sham.”

Ford notified the Environmental Protection Agency in February that it had hired an outside firm to investigate the vehicle "road load" specifications used in the company's testing and applications for emissions and fuel economy standards. The automaker said then that the investigation had determined the company did not use any "defeat devices" on its vehicles to fool emissions tests.

Road load is essentially the force put on a vehicle while driving at a constant speed over a level surface. A lighter load in the mathematical equation could result in better fuel economy than stated.

The automaker said in February that the investigation is first looking at the 2019 Ranger, which currently boasts a best-in-class EPA-estimated 23-miles-per-gallon combined fuel economy.

Ford has had problems with emission testing before. The Dearborn company was forced to lower the fuel economy ratings of six models and pay compensation to drivers in 2014.

Hagens Berman was the first firm in the U.S. to file suit against Volkswagen AG for its diesel emissions-cheating scandal.

The attorneys allege violations of trade practices throughout the U.S., a breach of express warranty, fraud, negligent misrepresentation and unjust enrichment as a result of the allegations. They're requesting financial relief for the class, and a jury trial if applicable.

Emissions-tests cheating has been an issue for large automakers in recent years, most notably Volkswagen AG. Last May, former Volkswagen AG CEO Martin Winterkorn was indicted on federal conspiracy charges to defraud the United States, to commit wire fraud and to violate the Clean Air Act for his alleged role in "Dieselgate."

Volkswagen admitted to cheating U.S. diesel emissions tests by using defeat devices. Those devices caused pollution-control systems to work properly when being tested on dynamometers, but turned off those systems on the open road.

In January, Fiat Chrysler Automobiles was required to pay about $800 million to settle allegations from federal regulators that the company used software on about 104,000 diesel-powered pickups and SUVs that's similar to “defeat devices” used by VW to cheat U.S. emissions-testing.

The federal government said then the stiff penalties were intended as a warning to other "bad actors" that might be tempted to violate laws protecting the environment and health. Fiat Chrysler was not required to admit wrongdoing as part of the settlement.